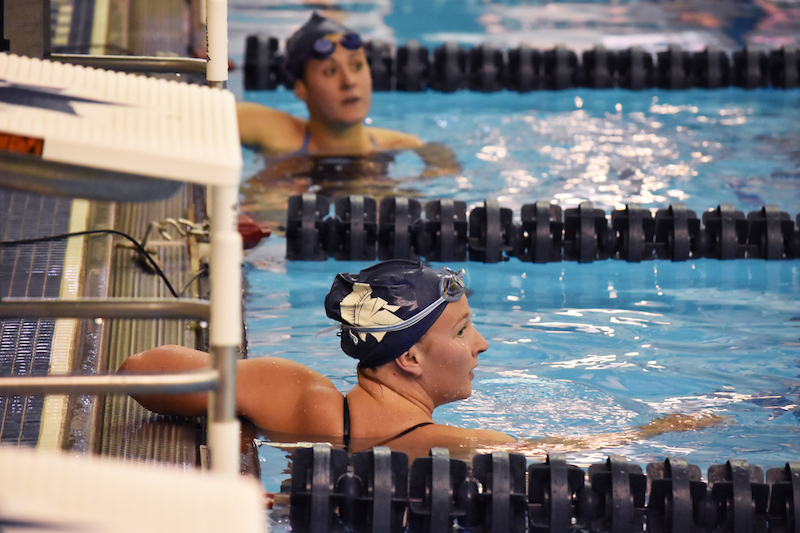 After the swimming and diving teams notched three wins at home, they travel to Baldwin Wallace University to take on the Yellow Jackets this weekend.

On a day when the swim and dive team returned to action after winter break, the team also honored the members on the team who had been with the program for four years. The team recognized its three fourth-year men’s members—Andrew Henning, David Merriman and John Tomko—and two fourth-year women’s members—Emily Boluda and Selena Mufti—for all the hard work they have dedicated to the program throughout their careers as student-athletes.

The Spartans men’s swimming and diving team beat Ohio Northern University (ONU) by a score of 197-91 on Saturday. The Case Western Reserve University women’s squad defeated ONU 243-54 and defeated a NCAA Division II program, Hillsdale College, 150-141 in the Veale Natatorium. Following the meet both the men’s and women’s teams improved to 7-2 in head-to-head matchups on the season.

CWRU men swept both the relay events. The 200-yard medley relay team of first-year students John Libert and Mason Beck, third-year student Aaron Pang and Hudgins won the event with a time of 1:37.68, while Hudgins, Hamilton, Henning and second-year student Brody Schmidt ended the meet with a win in the 400-yard freestyle relay with a time of 3:11.85.

The CWRU women used a sweep of the diving events to lead them to victory against a very tough Hillsdale team. Third-year student Brooke Hortness won the one-meter dive and second-year student Vera Bostwick, won the three-meter dive.

The Spartans now look towards their next dual meet as they travel to Baldwin Wallace University on Saturday, Jan. 28 at 1 p.m. It will be the team’s final dual meet of the 2016-17 campaign as the next time they compete will be at the University Athletic Association Championships from Feb. 8-11.