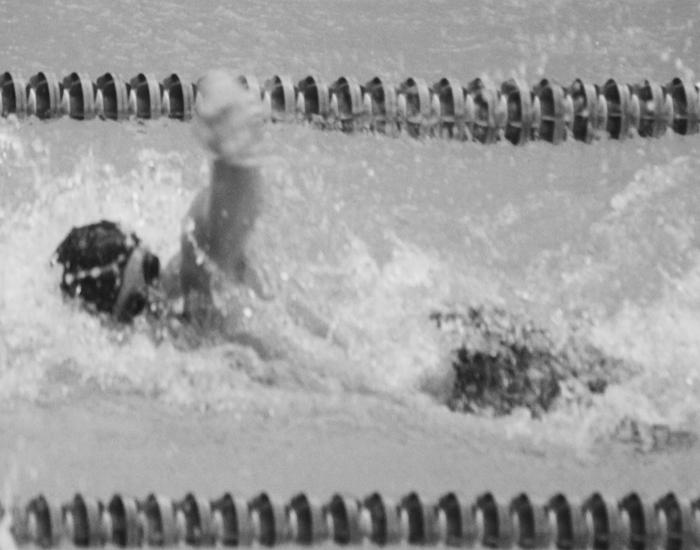 Looking to hit records and qualifying marks, select members of the Case Western Reserve University swimming & diving teams competed at the Midwest Invitational Last Chance Meet on Friday and Saturday, Feb. 24-25, at Myers-McLoraine Pool at the University of Chicago.

Two school records were broken during Saturday’s morning session. Freshman Eric Haufler swam the 200-yard freestyle in a time of 1:42.10. Not done yet, he then teamed up with sophomores Scott McHenry and Heath Hudgins and freshman Caleb Allen for a Case record time of 6:49.88 in the 800 freestyle relay – more than seven seconds better than the previous record. Their time also landed under the NCAA B-Cut and ranks just inside the nation’s top 20.

In Saturday’s evening session, the same squad swam in identical order and eclipsed the school record 200 free relay with a time of 1:24.68.

Following a record-setting performance during last weekend’s University Athletic Association Championship, senior Stephanie Campbell finished the 200-yard backstroke in 2:06.57, but was unable to improve on her NCAA B-Cut qualifying time of 2:03.61.

Freshman Brianna Cain placed first in the 100 breaststroke, stopping the clock in 1:09.18.

The NCAA Championships will take place March 21-24 at the Indiana University Natatorium in Indianapolis, Ind. Competitors for the national meet will likely be announced during the second week of March.