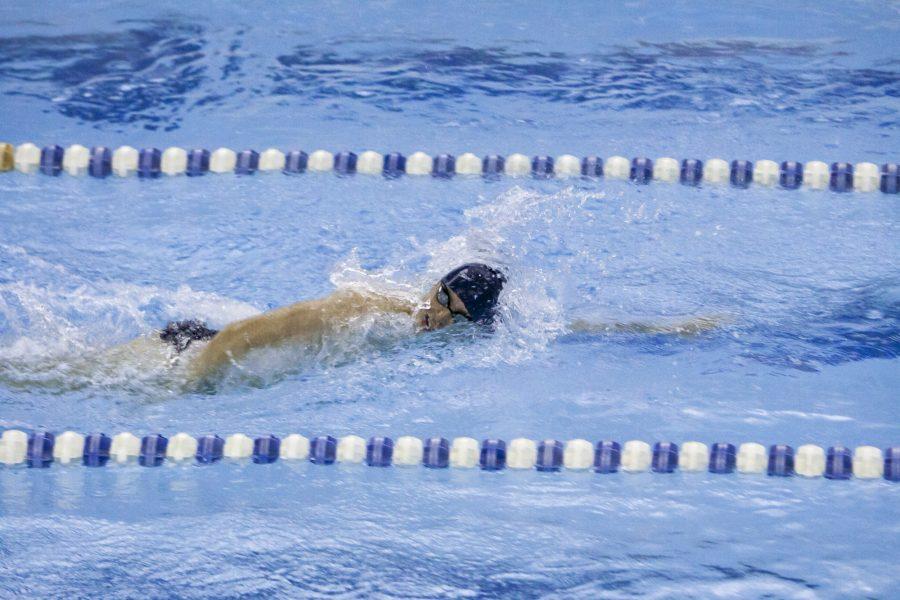 Over spring break the men’s swimming and diving team sent four members down to Texas to compete in the NCAA Division III Championships. The meet took place in Shenandoah, and the Spartan men tallied a 40th place finish.

Competing for the Spartans were second-year student Brody Schmidt, third-year students Drew Hamilton and Oliver Hudgins and fourth-year student Andrew Henning. All the athletes had to hit certain qualifying times in order to compete at this championship event.

“The guys performed well at the fastest NCAA meet I have ever been a part of,” said Milliken. “Any time we can have qualifiers and then come home with some All-American recognition is a good thing.”

The top performance of the weekend came as Hamilton finished ninth in the 400-yard individual medley. Hamilton’s time of 3:57.85 is a new program record, as he claimed an All-America Honorable Mention certificate. Hamilton now has collected five All-American certificates in his career, including the two earned during this year’s championships.

CWRU scored 11 points over the course of the four-day meet to finish in 40th place out of 50 teams that scored at the NCAA Championships. Fellow University Athletic Association school Emory won the meet with 438 points. The Emory women also won the championships.

Milliken complimented how competitive and tenacious his team has been all year.

“This team is full of competitors who like to race and don’t like to lose,” Milliken said. “We always had people step up.”

The meet concludes the 2016-17 season for the CWRU. Milliken said it is important for his team to take a short break before getting back at it in the pool, but the team also needs to step up their offseason work.
“We didn’t come into this past season in the best shape,” the coach said. “We will need to do a better job coming in next fall if we want to carry the momentum of this season into next.”