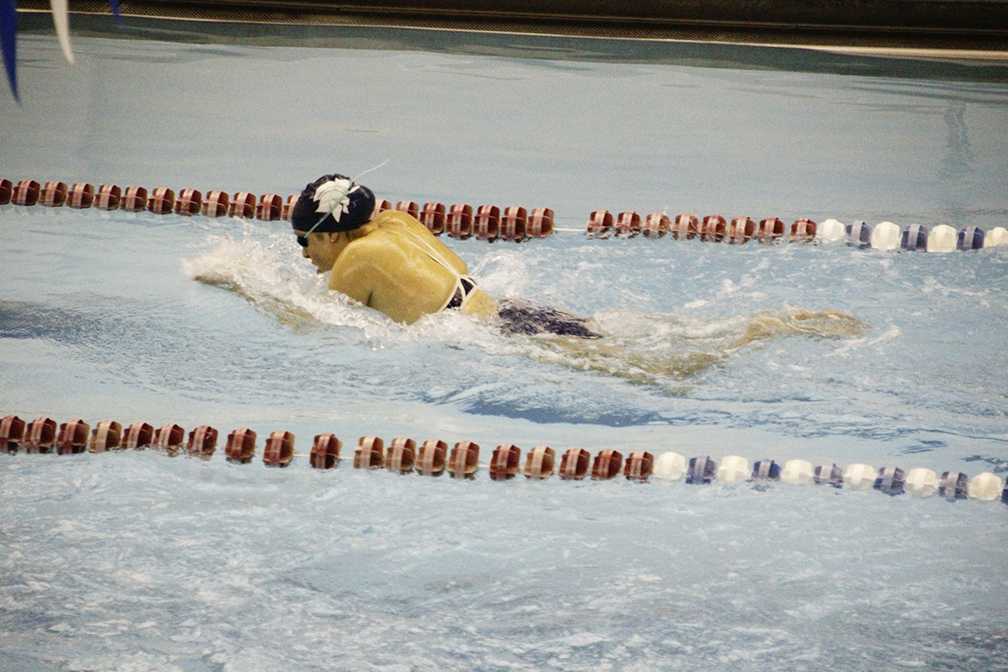 The Case Western Reserve University swimming and diving teams rounded out their regular-season schedule with a sweep of crosstown rival Baldwin Wallace University last Friday, Feb. 1.  The men cruised to a 153-72 victory in the sprint-distance meet that featured 50- and 100-yard events, as opposed to the standard 100- and 200-yard distances.  The women also topped the Yellow Jackets by a comfortable margin, beating the home team 122-108.

The men finished 14-2-1 overall, and were undefeated in Division III meets.  The women improved to 8-9, just under a winning record.  The Yellow Jacket men fell to 2-10 while the women dropped to 4-8.

The No. 22 men took the warm-up meet before next week’s University Athletic Association Championship to recover from last week’s upset of No. 19 Ohio Northern University.  The win avenged last year’s 158-136 loss to the Polar Bears and put the Spartans back in conversation for a top finish at the UAA championship.

“Last year’s loss to ONU was tough,” said head coach Doug Milliken.  “We took it hard, but we used that as a wake-up call heading into the UAA Championship.  This year, we have to use it as stepping-stone, but we can’t get complacent.  If we do that, we won’t be successful.”

Last year, the men finished third in the conference championship meet, finishing the season ranked No. 14.  They were 43.5 points behind the University of Chicago.  The women finished in seventh last year.

“I think this was a huge win for our women’s team,” said Milliken.  “For the first time all year, I felt that we finally put a whole meet together and it showed in the results.  ONU is a great team and…to make as big of a swing as we did this year is tremendous and something the women should be proud of!”

With the Spartans heavily favored in the meet against Baldwin Wallace, a number of underclass got a chance to shine against the Yellow Jackets.

Sophomore David Wolfson won the 1,000-yard freestyle with a time of 10 minutes, 34.11 seconds for his first win of the season.

A trio of freshman picked up the top three spots in the 200-yard freestyle as rookies Jason Arne, Alec David, and Daniel Sederholm finished ahead of the Yellow Jackets.  Arne won with a time of 1:49.08.

Seniors Chris Emr and Kyle Tepe also got in on the fun as the two won both sprint 50’s of the freestyle and breaststroke, respectively.  Emr won with a time of 21.79 while Tepe finished first in 28.83.

Freshman Jacob Kasper picked up for Daniel Jacobson who had the week off, winning both diving disciplines.  Kasper had 161.65 points on the one-meter springboard and 244.35 points on the three-meter.

The men also won the 200-yard medley relay as Eric Haufler, Kerbel, sophomore Andrew Bollinger and Arne teamed up for a time of 1:40.27.

The Spartans will travel to the University of Chicago next week from Feb. 13-16 for the UAA Championship.  The men are currently 4-0 in conference dual meets while the women are 0-4.