Teams look for statement performance in next match 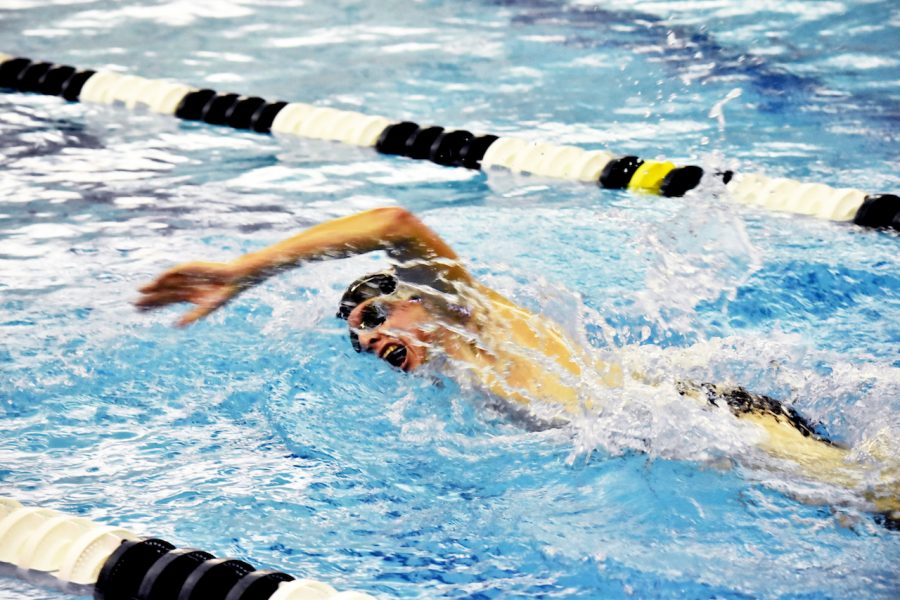 Following a great performance at their quad meet, the swimming teams will travel to Wooster to defend their title in the Wooster Inivatitional.

The Case Western Reserve University men’s and women’s swimming and diving team hosted a quad meet in the Veale Natatorium on the afternoon of Saturday, Nov. 18. Both the men’s and women’s teams were victorious against all three opponents.

Head Coach Doug Milliken was very pleased with the way his teams competed in their largest meet of the season up to date.

“Frankly, I think [the teams] were really fired up,” said Milliken. “Anytime we swim [against] someone from the UAA, it’s a big deal. We wanted to prove ourselves.”

Rochester competes in the University Athletic Association (UAA) with CWRU.

On the women’s side he was especially pleased with the way third-year veteran swimmer Suhan Mestha and first-year rookie swimmers Caitlyn VonFeldt and Caroline Dudenhoeffer preformed.

Next, the Spartans turn their attention towards the Wooster Invitational which ends Saturday, Dec. 2.

Going up against 10 opponents, it will be the Spartans’ last chance to compete prior to winter break.

“This meet really gives us a chance to see where we are at,” said Milliken. “I put a lot of emphasis on this meet….I expect some school records, some NCAA provisional cuts and I expect to win.”