Swimming and diving carries dominance into second half 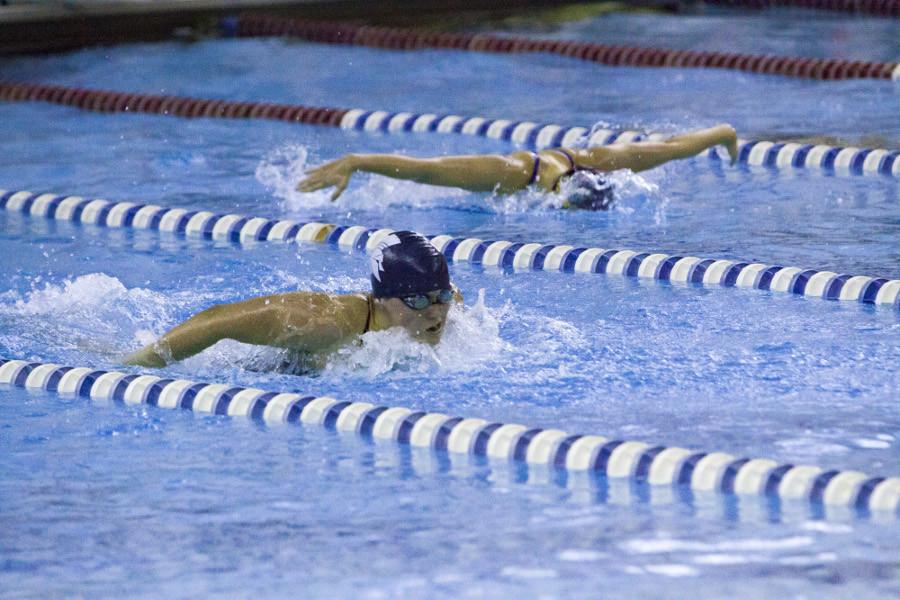 The Spartans returned to the pool with wins for both the men’s and women’s squads.

The men and women’s swimming and diving teams started off the second season with a bang, defeating Allegheny handily. Impressed by the team’s victory, Coach Doug Milliken said, “It was a total team effort. The team is incredibly tired and broken down from hard training.” Both teams have lost only once in 10 meets throughout the season and dropped Allegheny’s teams to 4-6 and 2-8.

In individual events, second-year student Logan Smith gained two first place finishes with his 4:53 500-yard freestyle and 1:58 finish in the 200-yard butterfly. Other first place finishers included third-year student Andrew Henning, first-year student Brody Schmidt, second-year student Drew Hamilton and second-year student Ondrej Maxian.
The men and women pushed their win streaks to eight. Regarding the impressive run, Milliken said, “I think we can finish the dual portion of our season on a very successful note. The meet this weekend with Ohio Northern and Hillsdale won’t be easy, but I am confident we can do well and finish the season off strong.” The men and women’s team head to Ohio Northern University to face off against Hillsdale College and the hosting Polar Bears.