Swimming and diving looks to carry momentum into second half 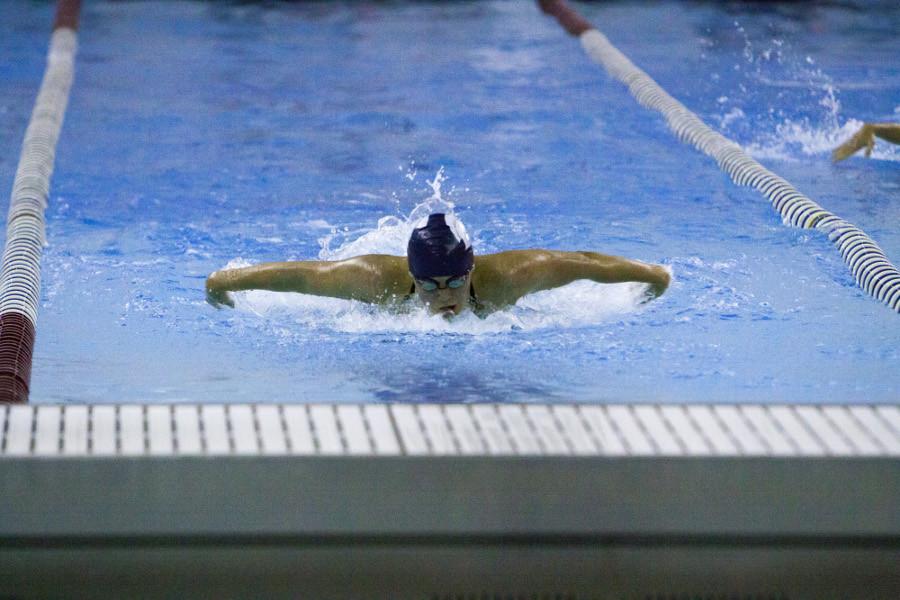 The Spartans return to competition this weekend as the number 18th men's team and 23rd women’s team in the country.

Returning from a strong first half of the season, the men’s and women’s swimming and diving teams look to continue their success in a tougher second semester schedule. With only one loss in eight dual meets this season, both teams ranked in the top 25 in NCAA Division III swimming prior to the new year.

Ranked 18th in the most recent College Swimming Coaches Association of America poll, the men’s swimming and diving team ended their 2015 schedule with a big win in the Wooster Invitational. The men demolished the competition, tallying 1,775.5 points and outscoring second place by over 500 points.

The women performed in similar fashion to the men’s team. After tallying a 1,563 point finish at the Wooster Invitational, the team achieved a 23rd place ranking in the national NCAA Division III poll. The women dominated as second place Gannon University lagged over 300 points behind.

Head Coach Doug Milliken attributed the team’s impressive showing to the team’s depth and explained, “If you look through the results, we had so many people score and score high, the other teams just couldn’t keep up.” In addition to winning both the men’s and women’s meets, the Spartans collected six NCAA standard ‘B’ cuts.
CWRU’s swimming and diving teams continued their training over the winter to set the stage for the second half of the season. In addition to training at home, Milliken said, “The week before school started, we went to Florida for our annual training trip” and added, “It’s a tough week, but I was very pleased with how they did.”

The Spartans kick off their second semester meet schedule this Saturday with a dual meet at Allegheny College. Both teams hope to move to 8-1 and add to a six meet win streak.