Swimming and diving fall at championships 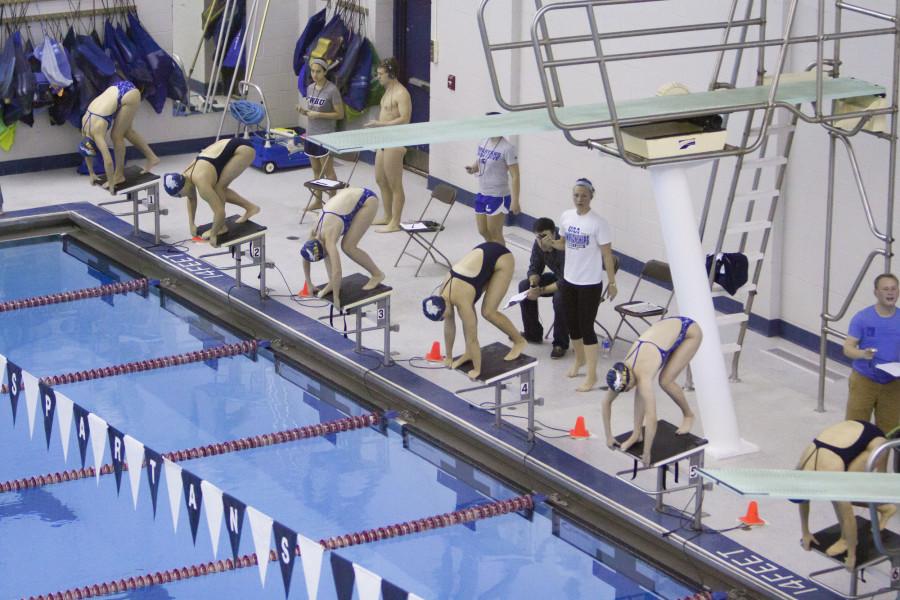 The Spartans struggled at the UAA but show plenty of promise for the future.

Last week Case Western Reserve University’s swimming and diving teams competed at the University Athletic Association Conference Championships in Webster, New York. In the eight-team competition, the men finished sixth and the women finished seventh among the best Division III teams in the country. Emory University took first and Washington University in St. Louis took second in both the men and women’s competitions.

In the four-day competition, CWRU’s swimming and diving team scored 630 points, placing just behind University of Rochester. Although the team repeated a seventh place finish at the conference championships, the young talent showcased a bright future in CWRU swimming and diving.

“In big meets like the UAA meet there will always be ups and downs,” said second-year student Oliver Hudgins. “There were certain events that we didn’t perform quite as well as we usually do but overall I think the team did very well. I think it’s also important to remember that the UAA is probably the strongest conference in D3 swimming so to beat any teams at all can certainly be considered an accomplishment.”

On the men’s side of the competition, the Spartans finished comfortably in sixth place. While the men finished sixth last year as well, there was a noticeable score improvement of almost 50 points from their finish at the 2014-15 conference championships. The team also notched several NCAA “B” cut times.

“I was very pleased with my performance in the 200 back,” said Hudgins on his race. “I was mostly concerned with placing as high as possible in the event but breaking the record was a nice bonus. Hopefully I can break the 1:50 barrier soon.”

On the diving side of the meet, fourth-year student Connor Farrell finished second in the one-meter dive and won the three-meter dive. The numerous records set displayed a growing program and a strong future for CWRU swimming and diving.

Adding onto his diving hardware this season of first place finishes and University Athletic Association (UAA) Diver of the Week awards, Farrell was awarded the 2016 UAA Men’s Diver of the Year. He became the first CWRU student to achieve this high honor. “It’s absolutely awesome to have had all my work this the season evident at UAA’s. The season had its ups and downs but it’s great to have it end on a high note,” said Farrell. “This year we had a change of coaching staff and the our new diving coach, Matt, pushed us harder than we’ve ever been pushed and I think it was evident this year at conferences with both mine and the women’s dive team’s performance.”

Heading into the diving zone meet, Farrell looks to continue his impressive season against some of the best divers. Looking forward to the meet, Coach Doug Milliken said, “He showed he is the best male diver in our conference. He has a great opportunity to qualify for the NCAA championships.”

Farrell has been dominating competition all season and looks to achieve the NCAA Championships qualifier this week at Denison University in Granville, Ohio.

Speaking on what the team can do to improve, Milliken said, “The biggest thing people need to do if they want to improve from one year to the next is train in the off-season. You can’t expect to take a lot of time off and get better. It doesn’t work that way.”

Milliken and the team hope to move up the ladder in the UAA in the coming years.