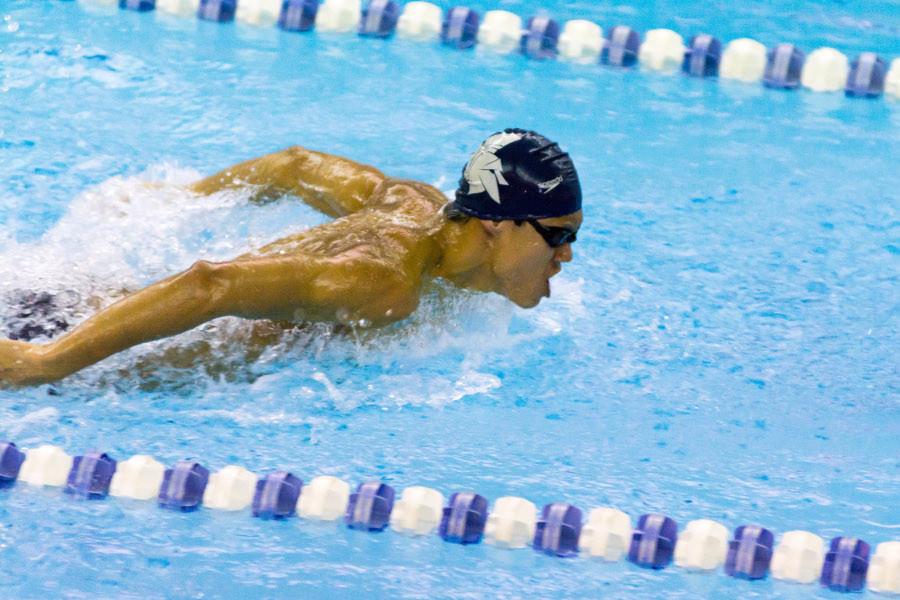 A Spartan swimmer makes his way to the wall in a meet earlier in the season. The Spartans sent part of their squad to the Midwest Invitational meet in Chicago.

The Spartan swimming and diving squads sent parts of their squads to the Midwest Invitational at the University of Chicago last weekend, Friday, Feb. 21 and Saturday, Feb. 22. The Spartans squad emerged victorious in their seven-team meet while the women placed fifth out of eight squads.

A pair of first place finishes lifted the men’s team to victory. The Spartans big win came in a first/second sweep in the 400-yard freestyle relay. The “B” team for the Spartans touched the wall in 3:26.91 for first. The team was made up of sophomore Joe Jensen and a trio of freshmen, Evan Rose, Stefan Roeseler and Justin Lee. They narrowly beat out the Spartan “A” team who swam the race in 3:28.88.

This week also brought the high honors for the Case Western Reserve University’s men’s and women’s swimming and diving teams, as both were given the College Swimming Coaches Association of America (CSCAA) Scholastic All-America Team Honor. The award goes to squads with success in both the classroom and in the pool.