Taking advantage of every opportunity 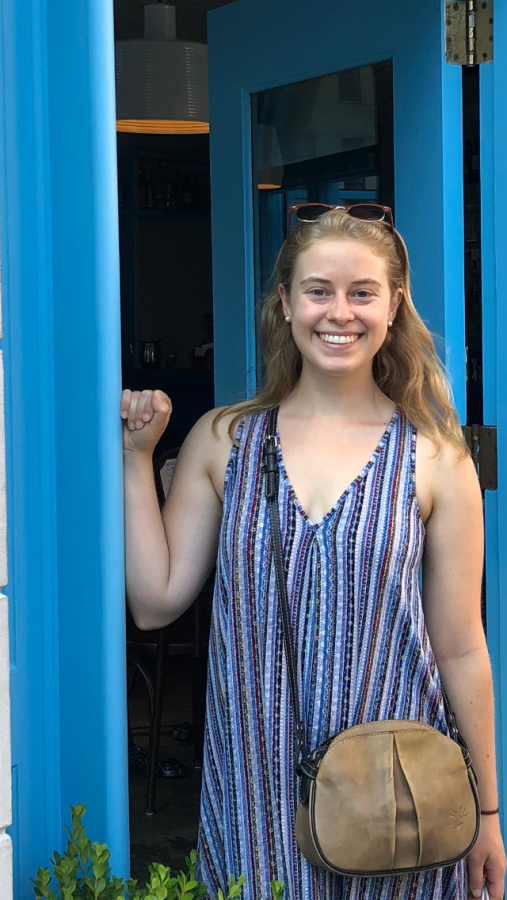 Fourth-year music education major Maddy Yankell takes advantage of every opportunity that comes her way. Whether it is voice-directing shows for the CWRU Footlighters, running half marathons or traveling to Italy, Yankell has made the most of her experience at both the Cleveland Institute of Music (CIM) and Case Western Reserve University.

Yankell was heavily involved in high school as a member of her madrigal choir but wasn’t so sure about studying music in college. A typical Cleveland snowstorm prevented her from visiting CWRU, so she auditioned via Skype for the music program.

After her acceptance, Yankell arrived at CWRU eager to begin meeting other first-year students. “I loved that not everyone was a music major, but that was very scary at first,” she said. In fact, Yankell was the only music education major to join the class of 2019.

“The hardest part for me was the first few weeks—orientation and the first week of school,” said Yankel, “where nobody else around me studied music.”

Despite the difficult transition into college, Yankell grew to love the music department’s small size and the faculty’s unwavering support of their students.

“I met some of my best friends in choir,” said Yankell. “That’s just the nature of the groups and connections that [the faculty] cultivate. They’re not cutthroat. There’s a very collaborative and happy group atmosphere.”

Dean Southern DMA, Yankell’s former voice instructor at CIM, is an amazing mentor. He was the reason she traveled to Italy last summer to take part in a 5-week opera training program offered by La Musica Lirica.

Yankell participated in three full opera productions as well as a smaller-scale “scenes program.” Her favorite production was Francis Poulenc’s “Dialogues of the Carmelites,” a French opera that tells a fictionalized story about the Carmelite nuns who were guillotined during the French Revolution for refusing to renounce their religion.

“For me, it was all about learning stage presence. Opera is so dramatic.” Yankell described, laughing as she showed pictures of her ridiculous, exaggerated facial expressions on stage. As over-the-top as they were for the production, she was able to break out of her shell. Through the program, she learned to emote while singing both theatrical and non-operatic songs.

As the 2017 Ronis Memorial Recital winner, Yankell was eager to perform a piece by one of her favorite composers, Steven Mark Kohn. She worked for weeks to perfect the nuances of “The Ocean Burial” before performing it at her October recital.

“It was my favorite piece to perform, and he actually came to the concert,” said Yankell. “I got to meet him after performing—it was one of the coolest things I’ve done here.”

Outside of her major, Yankell is a member of the CWRU Lacrosse Club and an avid half marathon runner. She is a very dedicated member of the CWRU Footlighters. Yankell served as the voice director for “Into the Woods” and will be the voice director for the upcoming show, “If/Then.” She performed as Chiffon in “Little Shop of Horrors” and as Brooke Taylor-Windham in “Legally Blonde.”

As a member of the Ohio Collegiate Music Education Association, Yankell fundraises for Music Lens, a free summer camp for elementary school children to learn music. The camp supports students underrepresented in music as well as those facing economic hardship who could not otherwise afford a music education.

The culmination of her undergraduate music experience has inspired Yankell to teach choir at the high school or middle school level after graduating from CWRU.