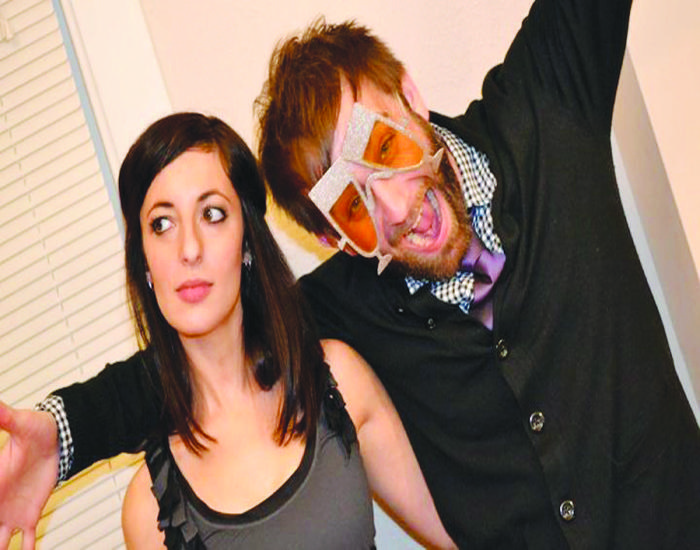 With 335,246 subscribers and over 95,904,211 video views, TEDTalks have turned into a YouTube phenomenon promoting intelligent ideas and honest conversation – a rarity on the user-uploaded video sharing site specializing in sneezing pandas and talking dogs.

TED, which stands for“Technology, Entertainment, and Design,”was created in 1984 by Richard Saul Wurman. TED hosts four-day-long conferences including TED, TEDActive, and TEDGlobal, each year. At the conferences, lectures are given by some of the biggest names in entertainment, science, politics, and design from all over the world. Each speaker is urged to give the best talk of their life, framing their expertise and innovative ideology, in just 20 minutes.

People from across the globe can watch TEDTalk speakers online via the organization’s website or YouTube account. TED has become a major player in academic settings across America, a valuable tool for high school and college teachers looking to bring highly accessible, influential speakers into the classroom. People love TED so much that independently organized events, known as TEDx, have developed rapidly in cities across the world, with one extension of TED popping up in Cleveland three years ago.

“While it seems that we’ve known about TED forever, we really became interested in the conference and its talks around 2005. As they amassed talks over the years, we became big fans and knew that this type of platform would be highly applicable to Cleveland,” said one of the TEDxCLE curators, Hallie Bram Kogelschatz. “Clevelanders are generally a humble bunch and, despite the incredible things happening here, most locals, let alone others outside of the region, don’t know what type of innovative thinking/action is taking place in their backyards.”

“At least, that’s how we felt when we decided to bring TEDx to Cleveland – we have seen Clevelanders become so much more passionate and involved, even in the three years that we’ve been back in the area,” she continued.

Newlyweds Hallie and Eric Kogelschatz organized the first TEDxCLE event in 2010 at the Capitol Theater in Gordon Square Arts District. The couple met in Boston, but both dreamed of moving to the Midwest to be a part of the revitalization that the region had recently been going through thanks to marketing and advertising efforts, mixed with the area’s new commitment to artists, designers, and entrepreneurs.

“We [both] come from the advertising world. We always say that one of Cleveland’s biggest problems is one of branding. Say positive things about our city, tell positive stories. Talk about it as the world-class place that it is and you start to change hearts and minds. That’s what we try to do through TEDxCLE, and as individuals, each day. While TEDxCLE is a lot of work, we love it. It’s kind of like a second job, one that we work on together at night after work, or over dinner, or on a run, or over a glass of wine,” said Hallie.

Last year, local speakers ranged from Jonathon Sawyer, a veteran chef who has worked under Michael Symon and opened restaurants such as Greenhouse Tavern, Bar Cento, and Noodlecat; to Valerie Mayen, a fashion designer who competed on the nationally broadcast show “Project Runway;” to Paul Hill Jr., the CEO for 30 years of non-profit East End Neighborhood House. Chris Clark, Ari Maron, and Ted Howard were among the other speakers invited.

“TEDxCLE speakers are a mix of stories that we want to tell and the community wants to hear. Often times we have a speaker in mind and then we look at nominations and see that several people have nominated that same speaker,” Hallie explained. “That confirms for us that our hunches are correct. We like the event to be one that is reflective of the city – a snapshot of some of the innovative things happening at a moment in time.”

Speakers can be nominated via a form on their website. The Kogelschatz have tried to encourage student attendance at the events, reaching out to university campuses in the area. This year, it will be easier than ever for Case Western Reserve University students to nominate and attend. The event, which is scheduled for April 20, will take place in the Cleveland Museum of Art’s Gartner Auditorium. The new venue will accommodate 300 more attendants than in previous years.

Nominations are now open and speakers will be announced March 12, with tickets going on sale March 19.

“We hope that TEDxCLE will continue to be an event that Clevelanders enjoy in years to come,” Hallie said. “We would like to see content syndicated outside of the area so that the perception of Cleveland on the part of outsiders becomes [a positive one].”