“Teen Wolf” season premiere brings one confusing turn after another 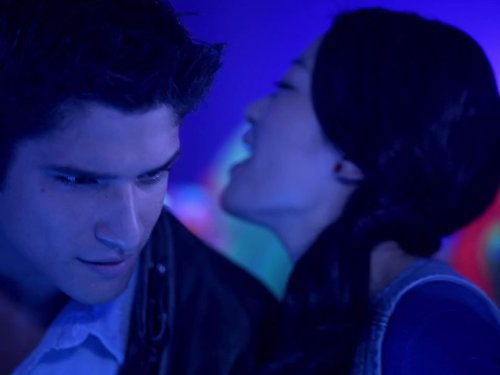 The new season of "Teen Wolf" brings plenty of confusion, but remains as captivating as ever.

After the long anticipated wait, Season 5B of “Teen Wolf” has finally arrived.

So much time has passed between the first and second part of the season that I almost forgot who some of the characters were and why everyone was fighting. To be honest, I’m still not sure what exactly is going on, but that can be said for just about every “Teen Wolf” episode.

The premiere picked up with everyone struggling to progress their own personal agendas, whether it be saving the Sheriff (Linden Ashby) or looking for Theo (Cody Christian), who somehow is the bad guy but not the main guy.

Confusing? Well, that seems to be the trend with this season. There are so many side plots happening at once that it can be hard to follow along at times. Storylines start to blend, and with parts of the story in the past and parts in the present while Lydia (Holland Roden) is in a semiconscious state for reasons that have still not been explained, following the main plot is almost impossible.

Despite its confusing nature, a lot happened during this one episode that kept the audience captivated. Twist after twist kept appearing and characters we thought were gone forever appeared again. New information on characters we knew little about was finally revealed and friendships were tested.

One thing that remained constant despite all the twists was the emphasis on friendship and trust, a theme “Teen Wolf” has had since the beginning. While those friendships were constantly tested throughout the episode, and maybe even damaged, it is clear they will never fracture despite the obstacles between the friends.

Most “Teen Wolf” fans know the show is not the best quality and pushes our buttons. But the producers and writers know exactly what they’re doing. Each episode they draw us in and leave us hanging, wanting the fans to keep coming back for each season despite every fiber of them wanting to quit watching the show. This premiere fed the fans’ addiction and promises an equally captivating, if not confusing season.