Telling the story of diversity 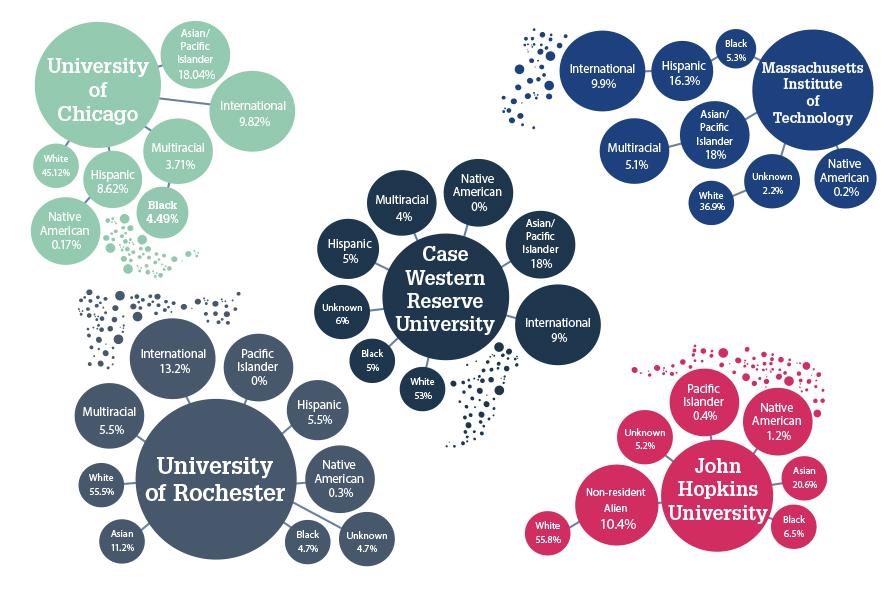 “In what stories are we talking about ‘the other’?” Mobley asked. “And how are we helping us do it better? We are about creating opportunities for that learning. It is an exciting time to learn how to do it better.”

A self-described lifelong learner, Mobley still prefaces statements with “When I grow up” because she constantly grows her mind through reading, stories and dialogue. She says it’s her way of “referring to lifelong learning for cultivating the life of the mind.”

To Mobley, bringing in nationally recognized speakers widens the scope of the discussion regarding diversity issues. She said “It is a way of raising the bar and raising the level of dialogue. It’s not just a CWRU issue.”

Despite the attempts to raise the profile of diversity issues with nationally known speakers, OIDEO has also led several initiatives to bring the dialogue closer to CWRU. The Campus Diversity Town Hall gave the campus community an opportunity to engage with university leaders about the university’s diversity goals.

This year also saw the addition of the Viewpoint Forum to the Power of Diversity Lecture Series which featured two local speakers to address differences in perspectives and ideas on diversity issues.

“There is a tendency to see diversity only in terms of race or gender but it also comes with thinking,” Mobley said, referring to the forum’s focus on ideas. “We need to acknowledge that diversity is both about groups that have historically experienced discrimination and that diversity comes in all forms.”

Looking to the future, Mobley is eager to start a 52 Stories Project which will feature one story about a diversity issue close to CWRU for every week in the year. The idea for the project sparked after Mobley heard a story about how Charles F. Thwing, president of Western Reserve University from 1890 to 1921, was an early supporter of the National Association for the Advancement of Colored People.

Searching for similarly powerful, but often overlooked short stories, Mobley said she “envision[s] a crew of people, including students, deputized to find stories with all different types of diversity represented.” Though still in the planning phase, Mobley could also see the stories presented with short videos or multimedia, perhaps even compiling them into a book

As part of the effort to engage students, Mobley hopes that the new Sustained Dialogue initiative, based on collaboration between her office, Student Affairs, the Office of Multicultural Affairs and First Year Experience, will produce some important learning opportunities for the entire campus by creating groups to regularly discuss diversity issues.

To Mobley, some of these issues are intangible.

“I’ve been doing diversity since I started teaching literature,” she said. “It involves the intersections of race, gender, and class. Beyond the numbers is climate and the caliber of social life. It can’t be tidy. The human experience is complex and complicated.

“The problems are not just blatant; there is also the issue of unconscious bias; things people do inadvertently. It is important to teach about this at every level. The more we can expose and unpack this, the better our communities and our society will be. We have a unique opportunity to help educate people to be more culturally aware global citizens. There are conversations we still haven’t had yet. Sometimes we just haven’t heard each others’ stories.”