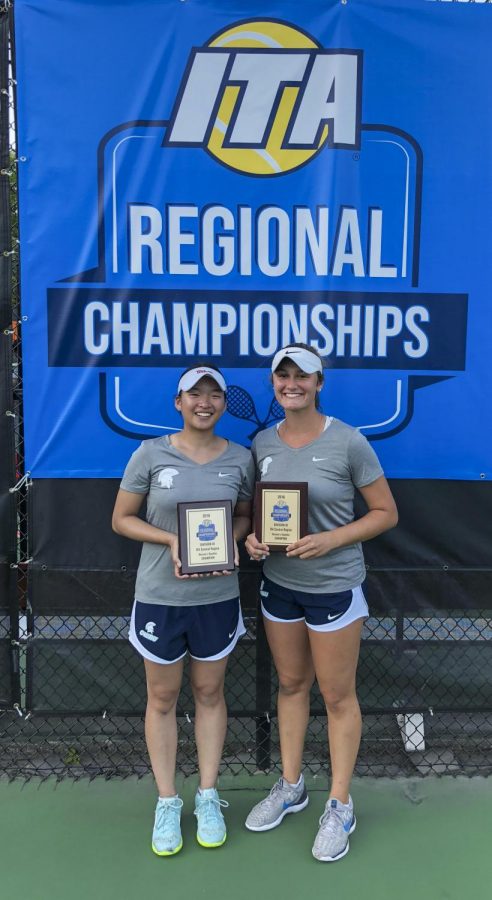 Their next stop will be Rome, Georgia for the ITA Cup from Oct. 11 to 14. If the duo were to win the cup, they would advance to the Oracle ITA National Fall Championships later in the year.

The doubles pairing raced through the quarterfinals, semifinals and finals on the last day of the tournament to take home the first-place finish. In the finals they defeated ninth-seed Eugenia Lee and Lauren Park 7-6 (1), 3-6, 10-6. In their semifinal matchup, the duo beat Denison University’s Emma Alsup and Lauren Hawley 8-5. In the quarterfinals, the Spartans bested Annika Pandey and Nicole Semenoy 8-2. On the previous day, Liu and Paolucci beat two other squads to earn their place in the quarterfinals.

First-year student duo Sneha Karnam and Shreyaa Mukund put forth a solid outing of their own. They advanced to round of 16 before losing to the top seeded pairing from the University of Chicago one round before the quarterfinals. Second-year student Mira Amin and first-year student Nidhi Jha also had a strong showing, advancing to round of 32.

Next up on the schedule for the women’s team is the Detroit Mercy Invitational on Sept. 28 and 29. That event concludes the team’s fall schedule. Team matchups start up in February 2019.