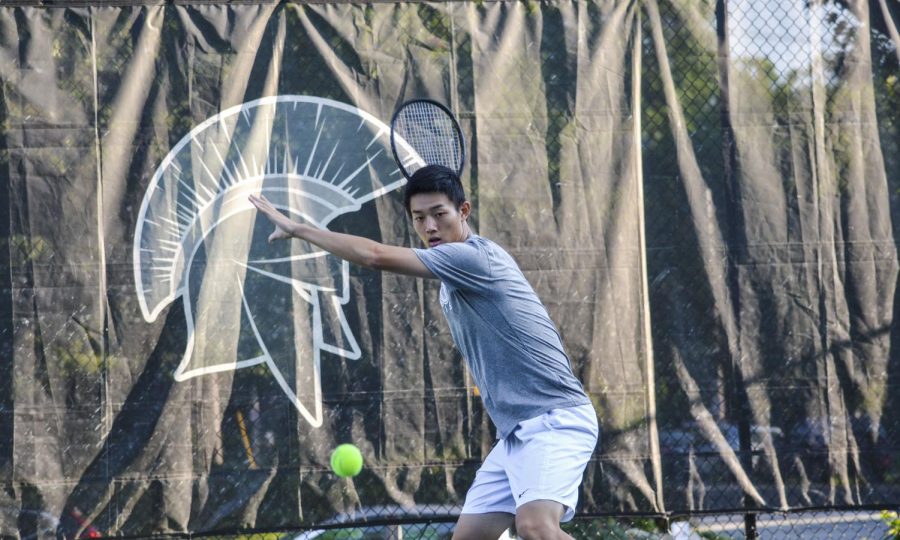 Both the men’s and women’s tennis teams traveled to Illinois last weekend to face Washington University in St. Louis (WashU) and the University of Chicago. The competition proved stiff;  both teams suffered a pair of losses.

The men’s team started the weekend with the match against No. 6 WashU. The Spartans started the match with an early lead following doubles play, with wins at second and third doubles. The Bears fought back in singles play, winning the first two matches and taking the lead. Second-year Spartan Jonathan Powell evened the score with his win at fourth singles, which was his 13th-straight singles victory. Unfortunately, the Spartans were defeated in the last three singles matches, falling 6-3 to the Bears.

The team then faced second-ranked Chicago, who quickly took the lead with wins at all three doubles matches. The Spartans were unable to come back in singles play, losing all six of the matches. The match concluded in a 9-0 loss for the Spartans.

The women also started the weekend with a match against No. 15 WashU, followed by a match against No. 11 Chicago. Against the Bears, the Spartans found themselves behind after falling in two of the three doubles matches. The lone victory for CWRU came at first doubles, when second-year teammates Madeleine Paolucci and Nicole Cardwell defeated their opponents.

The Spartans fought back during singles play to take the lead after the first two matches, but losses in the following four singles matches resulted in a 6-3 loss against the Bears.

In the second match of the weekend, the Maroons quickly gained the lead over the Spartans after doubles play, with wins in all three matches. A sweep of the singles matches secured the 9-0 win for the Maroons, leaving the Spartans winless for the weekend.

As a result of the losses, the men dropped to 15-8 overall this season, and the women dropped to 7-9 for the season. The Spartan men will return to action next weekend, competing against Oberlin College on April 19 at the Carlton Courts. The women will play next at the University Athletic Association Championships beginning on April 25.