‘The 100’ is still strong in its season three premiere 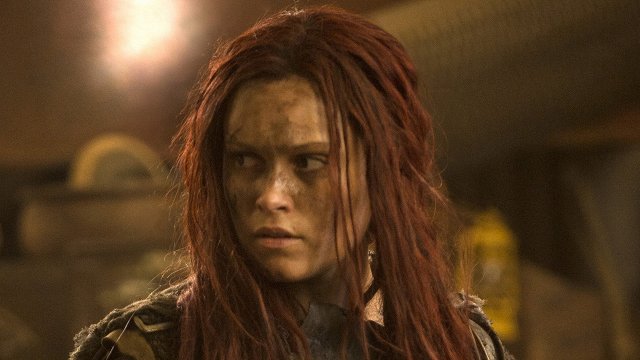 “The 100” is back everybody, and it is better than ever. The apocalyptic teen drama has been the best thing The CW (and television in general) has to offer ever since it first premiered, and heading into its third season, the show has proved that it is not ready to slow down.

We kick off the season with our girl Clarke (Eliza Taylor) being hunted by “everyone,” according to grounder leader Indra (Adina Porter). Aside from a new hair color that I hope disappears as soon as possible, she’s back to her old ways of sacrificing others for the greater good, using probably the cutest bunny ever shown on television to catch and kill a panther to bring back to her new girl (Jessica Harmon).

That’s right guys, Clarke has a new lover, and it’s not Lexa (Alycia Debnam-Carey). I respect this a lot; while Clarke and Lexa had an insane amount of chemistry, I just never bought that Clarke would want to be with the girl who had killed Finn (Thomas McDonell) and betrayed her people. Hopefully this new girl will let Clarke have a normal (well, probably more like normal-ish) relationship for once.

The rest of the gang has also changed significantly over the three months since the events at Mt. Weather. Jasper (Devon Bostick) is intense now, with a scary new haircut, facial hair and a death wish to match. He even attacked Shawn Mendes! Rude.

Bellamy (Bob Morley) has some new random girlfriend who will probably die at some point soon; Raven (Lindsey Morgan) is having hip problems after the dam explosion and is pushing away Abby (Paige Turco) and her hot boyfriend because of it; and Octavia (Marie Avgeropoulos) is riding horses that they suddenly have while getting mad at Lincoln for assimilating too much with the Ark.

Elsewhere, Murphy (Richard Harmon) and Jaha (Isaiah Washington) are running around all the fancy houses in the City of Light, doing I still don’t know what. While Ali the attractive AI (say that five times fast) is interesting, I’m still not sold on what she’s doing there, and what Jaha and Murphy’s role in the whole thing is. Still, Murphy is always awesome, and I think the scene of him running around screaming with a blanket on his head from the beginning of the episode basically sums up the whole series.

The premiere had all the hallmarks of a good war movie: the grittiness, the balanced moments of heaviness with moments of lightness, the strong character development even amidst the action. If there was any fault, it was that I still don’t know where the rest of the season is going. Obviously, Clarke will rejoin her friends at the Ark at some point, but how, when and why is still yet to be seen, and what they will do after that, I’m not sure. Still, I know I’ll be watching.