The 99 superheroes come to Cleveland 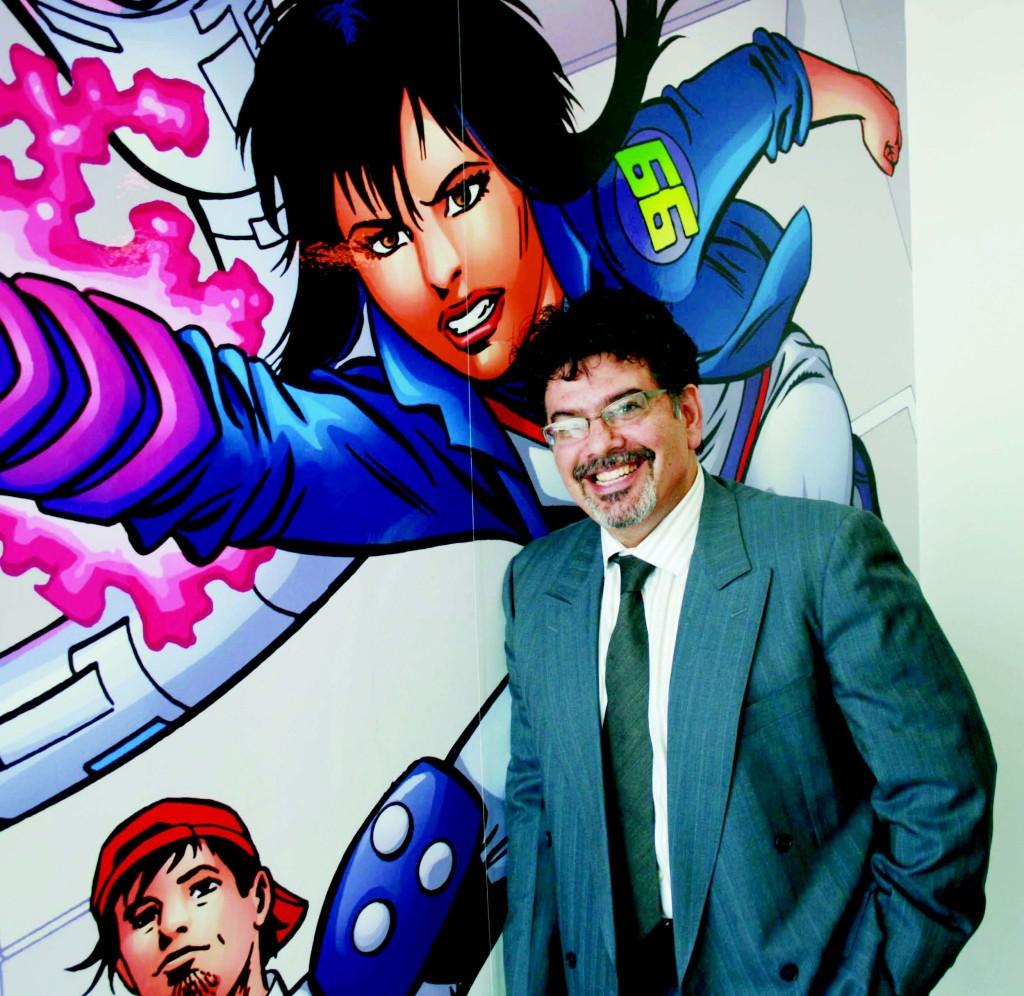 On Wednesday, May 2, the Northeast Ohio Consortium for Middle East Studies (NOCMES) will host two events featuring Doctor Naif Al-Mutawa, creator of Islamic superheroes, The 99, as part of their New Perspectives on Muslim and Middle Eastern Societies series. Al-Mutawa, a clinical psychologist, is CEO and founder of Teshkeel Media Group which publishes his creation, The 99, a comic book series that was recently praised by President Obama as “perhaps the most innovative response” to the call for improving the dialogue between Muslim societies and the United States.

The 99 are a group of comic book superheroes borne of an Islamic archetype. However, the characters do not carry explicit religious or cultural affiliations. Instead, the group is comprised of people of all ages from across the world who find themselves empowered by one of the 99 magic stones that represent the 99 attributes of Allah. Although an Islamic concept, the attributes are also common fundamental virtues, such as “The Provider,” “The Nourisher,” and “The Grateful,” which gives the characters a universal appeal while exposing readers to Muslim values.

The first of the Consortium’s two May 2 events, titled “Art, Narrative, and Muslim Identity,” will take place at the City Club of Cleveland at 12:30 p.m. (lunch at noon), and will consist of a brief talk by Al-Mutawa, before taking questions from the audience.

The second event, titled “Superheroes, Inspired by Islam,” which is free and open to the public, will take place at Baldwin-Wallace College’s John Patrick Theater in Kleist Center at 6 p.m. Here, Al-Mutawa will give a presentation about The 99, focusing on the recent comic book crossover between his creation and DC Comics’ Justice League of America. This partnership seeks to take the initial goal of The 99 project, which was to create a means for young Muslim children to identify with Muslim values, and expose non-Muslims to those values. The project also aims to help shape perceptions of other groups.

Consortium director, Pete Moore, who serves on the Board of Directors for the Middle East Report, said that the decision to invite Al-Mutawa was due to an interest in his project, which falls outside the scope of previous guests. Moore acknowledges that comics can be a powerful tool for changing the perception of self, as well as of others, and notes the rationale behind Al-Mutawa’s initiative, mentioning that many of the great American comic book heroes were created to promote American values along with quasi-religious ideals. Not the least of these heroes is Superman, whose creation in Cleveland is cited by Moore as an incentive for Al-Mutawa, as well as the hometown of renowned comic creator Harvey Pekar.

The Northeast Ohio Consortium for Middle East Studies consists of several leading area schools and colleges, at the head of which is Case Western Reserve University, working together through partnerships with various community organizations. According to the Consortium’s website, their mission is to bring the Middle East to the Midwest, by way of “an engaging and relevant speaker series.” The Al-Mutawa events will conclude the lecture series for the academic year.