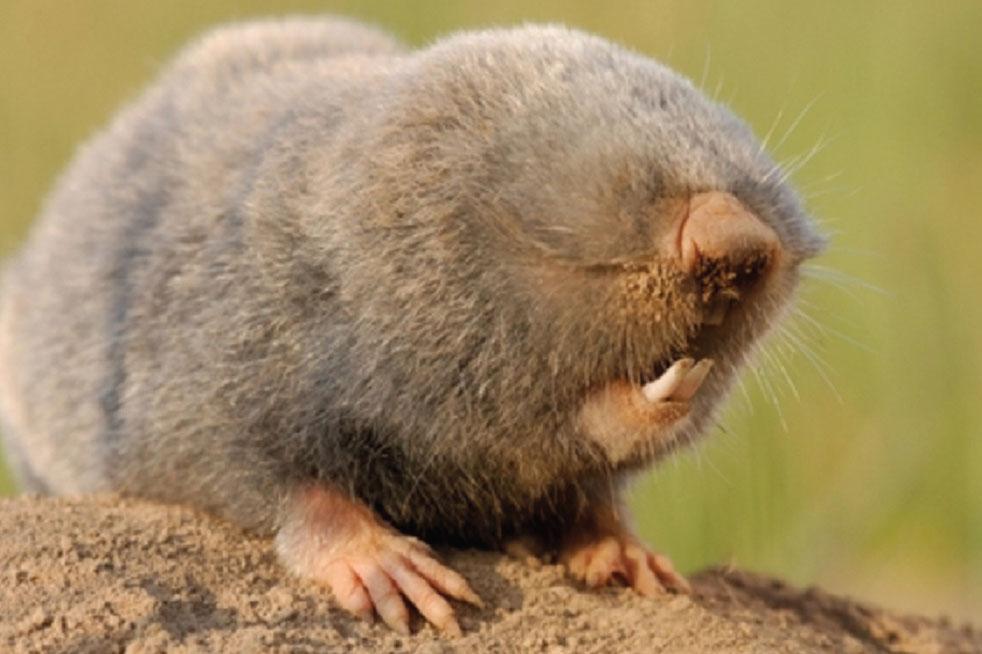 Nature tends to favor species that can adapt to their surroundings the best. Humans, for instance, have been effectively adapting to almost every crevice of our planet. This species-specific evolution of sorts occasionally yields some extremely interesting behavior. Let’s take a moment to explore the life of the female mole rat, an animal very different from humans, and discover some of their unique characteristics:

The female mole rat is scuttling around in her tunnels when she spots a predator approaching her. Immediately, the mole rat reacts in fear and runs backwards. Unlike most other mammals, they can run just as fast backward as they can forward. After taking some various tunnel routes, they successfully escape the enemy.

This crevice of the tunnel is much cooler in temperature than most of the other areas in the network. The oxygen levels are much lower than normal.

According to University of Illinois, Chicago neuroscientist Thomas Park, these animals can block calcium absorption that contributes to easier living in low oxygen environments. Eventually, the almost cold-blooded features of these creatures make it tough to regulate temperature. This mole rat will find its fellow mole brothers and sisters to cuddle and warm up.

In our story, the next day, the queen mole rat dies due to old age. It is now a chance for our scurrying female to dominate its colony and take control. After fighting vigorously with other females, this rat becomes the new queen of the colony. She prepares to breed, and as other females look for opportunities to breed, she rams them hard from behind.

The stress that comes from hurting the weaker females results in them being unable to breed, allowing her to maintain her queen status. She will live for many years as the ruler, enjoy the attention of the males, and lead her colony to prosperity.

Mole rats are by far some of the oldest mammals in existence. Scientists are exploring the mole rat’s evolutionary process to better understand how humans can live in extreme environments.

There are plenty of opportunities to understand our world so much deeper when we are willing to risk facing the extremes.

Discoveries are made on the edges of the universe and our land, and those that are the most worthwhile have the most at stake.

Join me next time as we continue to explore the weird of our universe. From the vast monuments erected by mankind to the peculiar discovery of scientific phenomena, there is plenty left to discover around us.

Aditya Rengaswamy is a sophomore accounting student at CWRU. He enjoys doing various service projects like Kids Against Hunger, being a part of USG, and hanging out with his brothers in θX.