“The Amazing Spider-Man 2” gets caught in own web 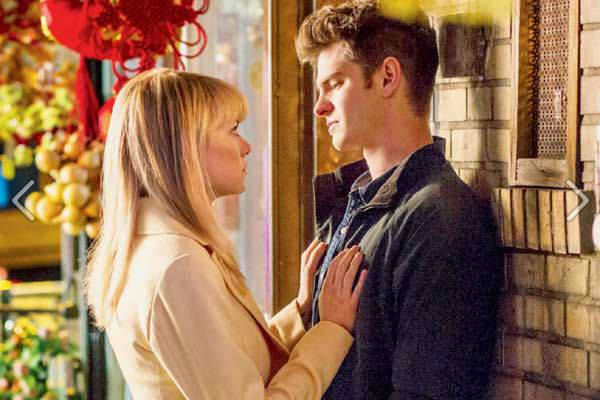 Since his creation in the early 1960’s, Spider-Man has distinguished himself as one of the most beloved characters in the Marvel Universe. From his humble beginnings as a shy, awkward nerd, Peter Parker, Spider-Man’s secret identity, maintained a flawed humanity unlike the archetypal comic book superheroes at the time; with a naturalistic personality that harbored a fixation on rejection, loneliness and inadequacy, Parker became strikingly human and resonated well with his audience.

In “The Amazing Spiderman 2,” Director Marc Webb brings to life a more grounded and light-hearted version of the fantastic web crawler. Spider-man’s ever-complicating personal relationships outside of his caped crusades strike an inevitable clash with new sinister foes that plague the New York City he has sworn to protect.

With high-sprung action sequences, undeniable cast chemistry and stellar CGI effects, the film could very well meet its potential to be one of the biggest blockbusters coming into this summer. However, with somewhat shifty narrative, selective character development and intentional cliffhangers that set up the plot for long-term rewards extending beyond this film’s 142 minute length, viewers will be hard-pressed to not find “The Amazing Spiderman 2” dotted with some faults.

Taking place right where its predecessor left off, Spider-Man is an integral part of New York City’s crime fighting community, often seen dealing with major thefts and annoying street-gangs and protecting the local kids from the neighborhood bullies from down the street. While bouts of criticism passively stream in the background, for the most part, there seems to be a general consensus that the citizens of NYC generally enjoy and support Spidey’s vigilante status. This short-lived harmony soon comes to an end as a new threat in the form of an obsessed-fan-turned-villain-via-freak-accident (who calls himself Electro) starts to run amuck throughout the streets of the Big Apple.

If these aren’t enough issues to handle at once, Parker finds himself in two awkward (albeit difficult) situations in his personal life. First stems from his on-again-off-again relationship with the strong-willed, feisty Gwen Stacy. Haunted by the ghosts of his girlfriend’s father, who in the previous movie had asked Spider-Man to stay away from her for future protection, Peter struggles to find peace in mind as his love for his sweetheart consistently is overshadowed by the dangers of his daily crusades. Andrew Garfield and Emma Stone, who play Parker and Stacy respectively, exemplify radiant chemistry; Gwen’s grounded and rational personality acts as the perfect foil to Peter’s earnest yet goofy attitude, and it is a real treat to watch this playful banter filled with adorable wit and charm.

Parker’s second subplot stems from the notion of family and deals with the mystery of his parents’ disappearance. Although discouraged by his aunt May to continue the search, Peter in a fit of rage accidentally uncovers a direct clue and decides to pursue it. While this appears as news for our protagonist, by the end of the sequence, the audience realizes that he has uncovered a plot point already hinted at in the previously film, and the significant time taken to get to this awareness could have been easily condensed.

However, with so much chaos springing from all of these issues happening at once, instances like this, where assumed maturity is shed for personal insecurity, shift the focus of the film from the indestructible superhero Spider-Man to the more relatable young adult Peter Parker, an attitude more befitting for someone fresh out of high school.

A pervading theme shown both literally and figuratively throughout the important scenes of the film is the notion of value in the love and loss we experience with time. What I wanted to feel coming out of “The Amazing Spider-Man 2” was a sense of fulfillment.

With a stellar cast, a slew of villains that had not yet been explored in the Spider-Man cinematic universe and a focus on developing Peter Parker rather than his Spider-Man persona, I had hoped that Director Webb would provide an equal dedication and as detailed pathos for the other characters besides our love-struck duo especially considering the film’s length. Nevertheless, while I do not believe that “The Amazing Spider-Man 2” encompassed its full potential (it made many sacrifices to accommodate so much in such a thin timeline), I can definitely say that I enjoyed myself.

Those familiar with “X-Men,” “Avengers” or any other Marvel movies are encouraged to give this film a go. While it may benefit you to watch the first film, “The Amazing Spiderman,” it is not necessary for you to enjoy.