“The Batman” returns the character to his detective roots 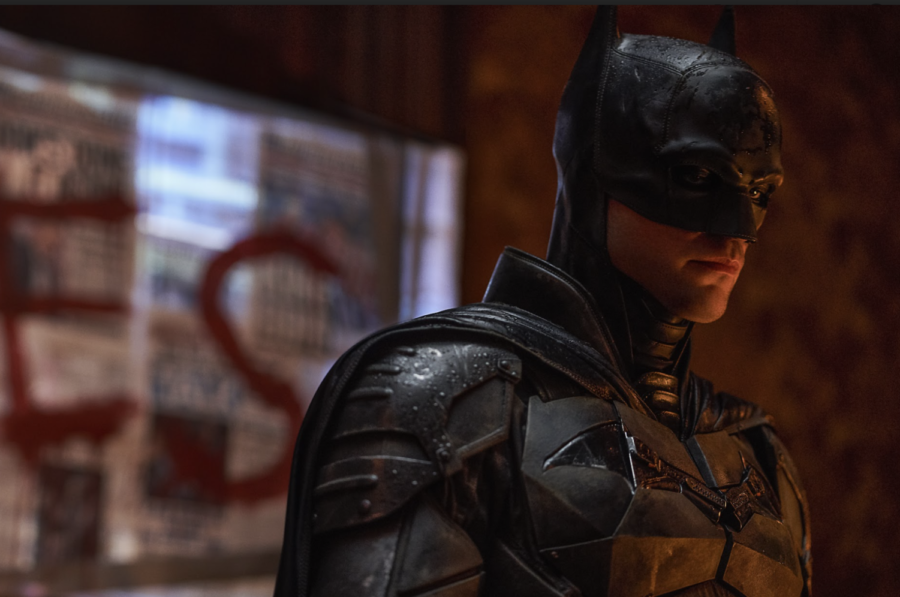 Robert Pattinson (pictured) is just the latest to play Batman, but his portrayal of the character stands out due to the film heavily delving into the pulp magazine and noir source material.

Batman is perhaps the most versatile character in all of popular fiction. Over the course of the character’s 83-year career, Batman has traversed genres like no other. Starring in comic book adventures of globetrotting galavanting, gothic horror, romantic epics, sci-fi wackiness, blockbuster action, crime thrillers and everything in between, there’s no type of story that Batman can’t fit in. The sheer adaptability of the character has allowed the character to survive and thrive, making him one of the most popular superheroes today.

However through all these interpretations over the decades, certain core elements of the character have always been retained since the very beginning. Created by Bill Finger and Bob Kane in 1939, the crusader exploded onto newsstands, cloaked in darkness and fighting a war against crime, all while wearing a mask and cape that resembled a bat. It wouldn’t be much longer until the essential trauma of Batman’s past was established, along with the inherent duality between Batman and his billionaire alter ego, Bruce Wayne. While these core ingredients of Batman have remained through the years, some aspects of the character’s origins have fallen to the wayside, namely Batman’s pulp detective roots.

“Batman” co-creator Bill Finger was a huge fan of the pulp magazines that were popular in the early 20th century. The successors to penny dreadfuls, dime novels and the like, pulp magazines drove several genres to huge popularity, including detective stories. As a cheap medium made from inexpensive wood pulp, stories of any kind could find their way into the magazines, no matter how lurid or exploitative. This made it the perfect place for noir stories of the night to make their way into the public scene, and as the decades progressed, super-powered adventurers started making their way into them, taking the roles of traditional detectives and adventurers. Several of Finger’s influences for Batman come from the pulp medium including Doc Savage, Flash Gordon, Zorro and, the most direct inspiration, The Shadow.

The first Batman stories were published under the comic line “Detective Comics,” if that gives you any more indication of the character’s roots. The very first Batman tale, published in “Detective Comics #27” and titled “The Case of the Chemical Syndicate,” plays out explicitly as a detective story with Batman unraveling the causes of several related robberies and murders until finding and dispatching the true mastermind. These early stories were some of Batman’s darkest, with most of the tropes of superhero stories not having been invented yet. As such, Batman was firmly grounded in the horror, violence and darkness of the pulp era, as he dispatched serial killers, crime bosses and jewel thieves in an often lethal manner. However as times changed and the sensational nature of early comic books gave way to more lighthearted adventures, these aspects of the character were dropped and never quite returned.

While Batman would return to darker and more psychological tales decades later—starting in the 1970s and 1980s under the penmanship of writers like Denny O’Neil, Steve Englehart and Frank Miller—the noir aspect of the character was eventually all but extinguished as following creators gravitated towards other facets of the character and his mythos. There have been Batman detective stories here and there, such as 1992’s “The Last Arkham,” 1996’s “The Long Halloween” and 2011’s “The Black Mirror,” but it isn’t the core feature of the character that it once was.

This has similarly been reflected in Batman’s adaptations in other media through the years. There have been many Batman movies and all have been very different from each other yet still reflecting the times. The 1966 movie captured the camp and comedy found in the light-hearted ‘60s comics. The 1989 film, directed by Tim Burton, showcased a more stylized, gothic Gotham and featured a dark avenging angel of the night on the screen, cementing in the public consciousness that Batman was a character to be taken seriously. Though there have been reversions to camp with 1995’s “Batman Forever” and 2017’s “The Lego Batman Movie,” the franchise continued its march into darker aesthetics with Christopher Nolan’s “Dark Knight” films, which came out between 2005 and 2012. Though ostensibly a superhero movie, these films felt more like crime films responding to the new post-9/11 American paradigm as we grappled with issues such as public corruption, terrorism and authoritarianism. None of these were particularly about the central tenets of the Batman character despite being of very high quality. Since then, the Batman film franchise has mostly tread water, as the character featured in crossover movies in DC’s failed attempt to build a cinematic universe. Now after ten years, Batman has returned to the big screen with a new solo film unlike any of its predecessors. And it does this by returning the character to his roots—noir.

Also inspired by pulp novels of the past, noir films have been a staple of Hollywood for decades. People love hard-boiled detective stories, showcasing the gritty side of urban America and all the mystique that comes along with it. Classic film noirs like 1941’s “The Maltese Falcon” set the format of the genre, adapting the lurid nature of the original pulps to a tee, and neo-noirs since like “Chinatown,” “Taxi Driver” and “Seven” have captured audiences by expanding on the concepts and delivering deeper commentary on what our fascination with these exploitative scenes says about us. Just as the original Batman comics took inspiration from the pulp novels, now “The Batman” draws from these noirs. The new film delivers a true detective story, giving us the Batman as he was originally intended.

The tone is set from the very beginning as Batman (Robert Pattinson) narrates his internal monologue as the rain comes down hard. The Bat-Signal lights up the sky, striking fear into the hearts of all the criminals running around the cesspool of Gotham City. The city itself is almost an urban hell, with dark alleys, broken down streets and an omnipresent darkness set across the entire scene. As a group of muggers attack an elderly man, out of the shadows comes our hero himself, younger and more inexperienced than most adaptations of the character. Despite this, he’s dedicated to his war on crime above all else, even his own wellbeing and the legacy of his family. As the plot progresses we learn of The Riddler (Paul Dano), a Zodiac-Killer-esque serial killer who is murdering high-profile corrupt public officials in an attempt to show Gothamites “the truth” about their city. All the while, Selina Kyle (Zoe Kravitz), a woman with an agenda of her own, ends up on Batman’s doorstep to help unravel the conspiracy. So, we have a grimy, rain-drenched urban backdrop, a deeply disturbed main character, an enthralling mystery, a devious villain and a femme fatale. Sounds like noir to me. Of course, the superhero aspect of the film comes out from time to time, though more sparingly than you might expect, with only a few large set pieces. Otherwise, this is a slow-burning, character-focused mystery film that has Batman going between crime scenes, interrogating suspects, collecting clues and coming up with theories. And honestly, for a film like that to come out in the current cinema environment, where the Marvel Cinematic Universe reigns supreme, is honestly a shock.

Though the format and aesthetics of the film are killer, the performances are what drive the movie. Robert Pattinson’s Batman is a man obsessed, detached from any semblance of a normal life and socially inept to the point of not being able to maintain any form of conversation unless it is regarding crime and vengeance. This is definitely the most grunge Batman we’ve seen, but also the most fleshed out. For once, Batman is the main character in his own film and has an actual character arc. Starting from a place of disillusionment and anger, Pattinson’s Batman gradually finds the true purpose of a hero and discovers what sort of impact he can truly have. Kravitz’s performance as Selina Kyle, or Catwoman, is equally engrossing, with Kravitz delivering the perfect combination of flirtatiousness, deviousness and charisma. The chemistry between the two is perhaps the most overtly sexual we’ve seen in a superhero film in a long while, but it works insanely well. Paul Dano’s performance as The Riddler is utterly psychotic as well, though I’ll leave the character’s true nature and the resulting commentary on our current societal ills a surprise.

All in all, “The Batman” is a triumph. Despite being almost three hours long, the film never dropped my attention once. Unlike any other superhero film, it manages to truly envelop itself into its genre while still delivering the requisite action and adventure. It doesn’t hurt that this is perhaps the most beautifully shot superhero film in the last ten years due to the superb direction of Matt Reeves and the stellar cinematography of Greig Fraser.

Batman has been many things over many years, but perhaps its best adhering to what made him originally popular in the first place—well, at least until the next reinterpretation.