The birds & the bees

The Cleveland Museum of Natural History is hosting an exhibition describing the nuances of animal romance. 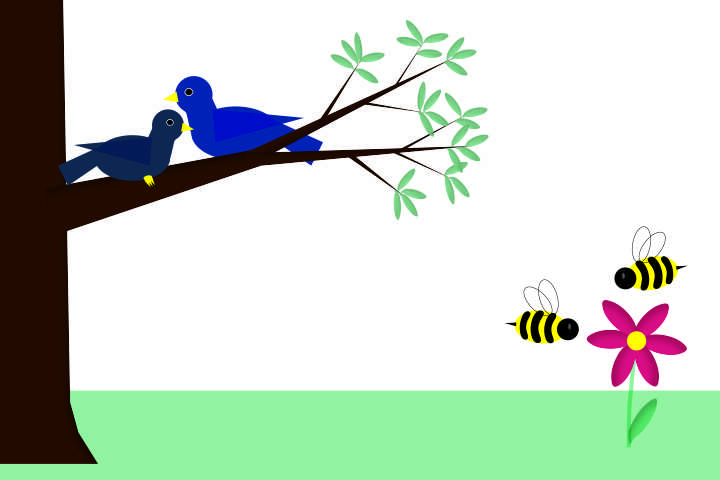 Inside the temporary exhibit hall at the Cleveland Museum of Natural History, the walls are draped with black fabric and red lights to create a honeycomb pattern on the carpet. The red and black theme continues throughout the room, from the specimen cases to the sign near the door that states simply in glowing script: “Sex.”

Sex is the subject of “Nature’s Mating Games: Beyond the Birds and the Bees,” the traveling exhibit currently on display in Cleveland. The exhibit focuses not only on sex itself, but also the mating rituals, physical anomalies and evolutionary results of sex in the animal world.

As the title promises, the exhibit’s scope extends beyond traditional examples of animal sexual behavior. Beyond the sign at the door that asks visitors to “leave your baggage at the door,” footage of bonobos mating in a distant jungle appears on a large screen while Isabella Rossellini’s series of short films “Green Porno” plays throughout the room. Everything from a taxidermied emu to a two-foot walrus penis bone is on display here, including live animals like the colonies of naked mole rats that scurry through a series of tubes. Informational plaques and videos accompany the specimens, along with telephones that play mating songs.

The displays feature examples ranging from sweet to disturbing. Penguin couples huddle over fluffy chicks on one side of the room, while a female praying mantis eats her partner on the other. Although this exhibit is more risqué than traveling exhibits of the past, if visitors follow the advice at the door and enter with an open mind they will learn about an aspect of life often left out of a museum’s collections.

“Nature’s Mating Games: Beyond the Birds and the Bees” will be on display until April 20. The exhibit is recommended for ages 13 and up, and there is a five dollar fee to enter.