The Book of Mormon comes to Playhouse Square 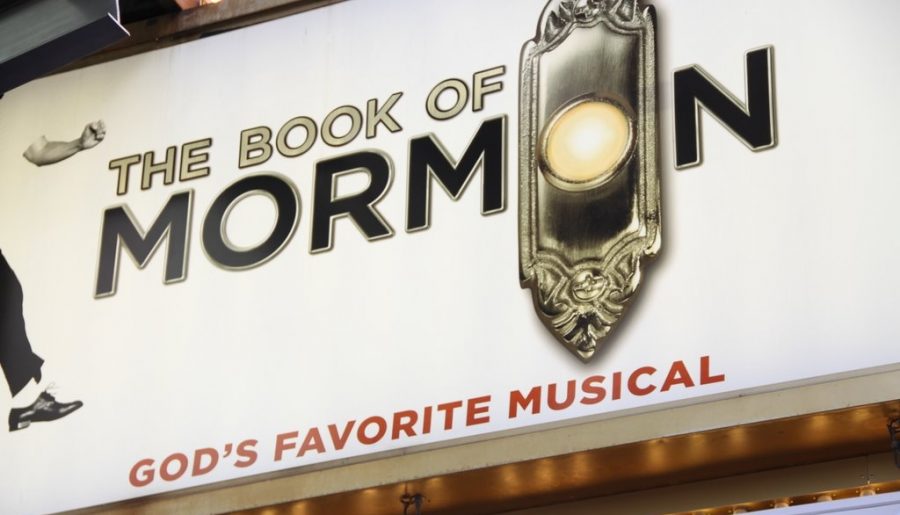 "The Book of Mormon" had its final performance of the season at Connor Palace on Sep. 15.

I had never seen “The Book of Mormon” prior to Connor Palace’s show on Sunday, Sep. 15, in their recent welcome-back run at Playhouse Square, although I had listened to the soundtrack as a closeted high school senior.

The iconic song, “Turn It Off” satirizes the particularly Mormon experience (and generally religious sentiment) to train the mind to shut out undesirable/unholy thoughts—especially gay ones. The show deals with elders in the Church of Mormon who are all on a mission to baptize the people of a certain village in Uganda. The elders are mostly young men who have been sent to the missions as a matter of duty to the “Heavenly Father.” Elder Price (Liam Tobin) and Elder Cunningham are our quirky leading men.

Price is as if a Disney prince came to life—he reprises the Aladdin-esque “Orlando.” “Orlando! I Love You” Liam Tobin sings shinily when the elders are being assigned their missions to various locations in the first world. Surprise! He’s going to Uganda instead.

Not only is he going to Uganda, but he is going with Elder Cunningham, Price’s foil in every sense.

Cunningham, played by Boston University graduate Jordan Matthew Brown, is squatty, socially awkward and constantly fibbing. “Bishop Donahue says it’s because I lack self-esteem!” We later find out there is no Bishop Donahue.

The pair are entertaining in that their differences are minimized by the war-strewn, AIDs epidemic-ridden part of Uganda they are sent to. The corrupt General Butt-F*cking Naked is particularly comprised of our Mormon heroes’ hell dreams, which we get to peer into in the number “Spooky Mormon Hell Dream.”

There is contrast between the sparkly world of Mormonism and the natives of Uganda who joyously sing “F*ck You God” in “Hasa Diga Eebowai,” much to the shock of the elders. The natives, including a doctor who has maggots on his scrotum, throw our heroes into the thick of fighting for their personal beliefs, and dealing with selfishness/disappointment and love.

Alyah Chanelle Scott portrays the flower of the village, Nabulungi, and drives much of the action in “Mormon.” Cunningham is in love, but Price is more interested in going to Orlando. Price and Cunningham have to come to terms with their differences before they can ultimately attain their goals and learn a little something along the way.

The actors were amazing—Liam Tobin’s range is demonstrated in the list of credits as Tony in “West Side Story,” Lord Farquaad in “Shrek,” and Buddy in “Elf.” Mormon is admittedly over the top, and I am not sure it does an amazing job of representing the Mormon church, or the people of Uganda.

However, if you are looking for sarcasm, hilarious situational comedy and heartwarming characters, listen to the soundtrack (the national Broadway tour left Cleveland last Sunday). Playwrights Trey Parker, Robert Lopez and Matt Stone have created something that will remain part of the musical theatre nerd’s cannon for a very long time.