Pass the suds… Butcher and the Brewer 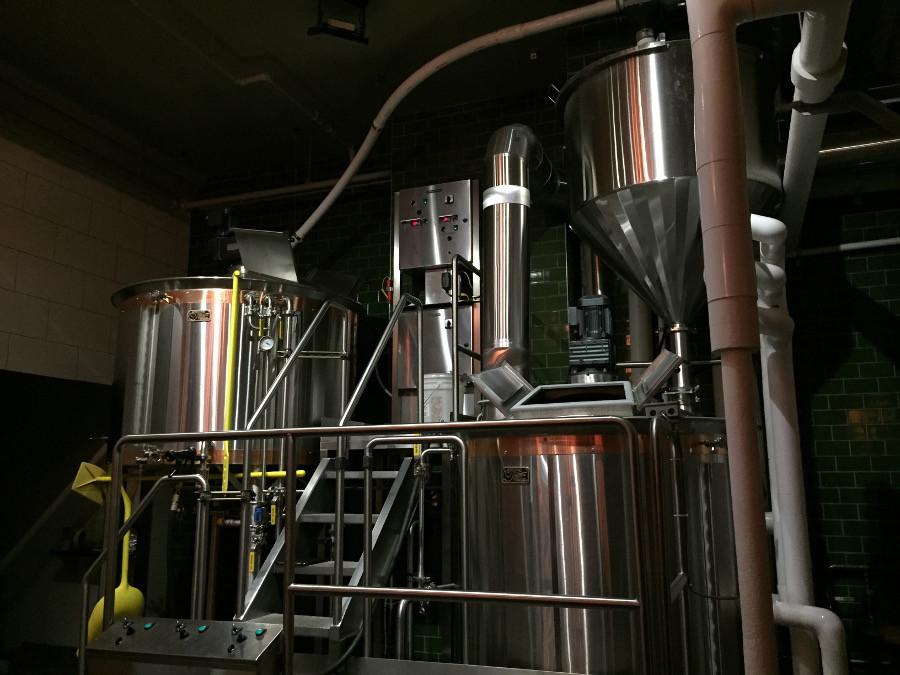 The Butcher and the Brewer offers visitors a retro experience with their drinks.

On a Wednesday evening, when most restaurants on East 4th Street were empty, the Butcher and the Brewer had every seat taken. As I entered the incredibly loud restaurant, I wondered if it was always noisy and packed, and after inquiring about this to the hostess, she informed me that this was a “quiet” night.

The concept of a brewery on Cleveland’s premiere restaurant street was interesting to say the least. In the past few years, Cleveland has become a brewery city thanks to the ever-growing popularity of Great Lakes Brewing Company and several pop-up breweries that have grown to become Cleveland staples. However, many of these breweries have maintained a “mom-and-pop” feel to them despite their continual growth.

Knowing that the Butcher and the Brewer is owned by the neighborhood bar Tremont Taphouse, I yearned for that same local and small business vibe on a street filled with restaurants constantly trying to outdo each other both with exquisite items and steep prices. Though Butcher and the Brewer is definitely one of the more fun hangout places on the strip, it easily falls into the category of an East 4th restaurant.

All the beer is made in-house on the brewery name, Cleveland Brewing Company. This allows the management group to not only serve their beer at the Taphouse but also at various restaurants around Cleveland.

I started with the “Albino Stout,” a truly mind-warping beer. The light-colored beer appears to be a pale ale from its light color, but with one sip you realize it is a stout. This brew had a creamy taste throughout and had hints of milk and white chocolate with every sip. It was one of the most amazing beers I have ever had.

Unfortunately, I was spoiled after having this beer, and all the other beers to follow never seemed to be as original as this one. The “‘Murika” was an average pale ale. The beer has some light hop tastes and was a good representation of what a pale ale should be. Was it memorable? No, but that can be both good and bad for a pale ale.

The Jake was a-better-than-average cream ale. Most cream ales are rather terrible for me, despite it being one of two types of beer created in the United States (the other is steam). I enjoyed it but I wish it had the same creamy taste as the Albino Stout.

The dining experience at Butcher and the Brewer is an experience like no other. All of the plates are served as “small” plates and should be shared with others. As someone who sometimes crashes breweries “solo,” it would be quite expensive to try an entrée and side on my own.

The food was great, but the portion sizes were small and rather pricey. I dined with a friend and started off with the baked pretzels and the crispy Brussels sprouts. The baked pretzels were fluffy and warm and dipped well in the gooey, cheesy dip. The Brussels sprouts were served with an Asian theme with noodles and pieces of pork. It was a great new take on a classic Cleveland dish.

Our second wave was a meat theme with house-smoked corn dogs and the smoked lamb ribs. I was taken aback when we received three mini corn dogs for $10 and four ribs at $15. Both these items were juicy and cooked to perfection, but in my opinion, not up to the price. There are so many Cleveland restaurants that offer the same quality at a lesser price with bigger portions and possibly a side or two. I was expecting at least a half slab of ribs for $15, but then again, I forgot that I was dining on East 4th street.

As I stared at the large TV screens, which were for some reason all showing pictures in black and white, I began to mull over the concept of this restaurant. It offers an old-style brewery experience with large beer garden tables, but also tries to be chic and modern with different food serving styles and one large sink in the basement for both men and women to share after using the restroom.

Watching the Cavs play in black and grey instead of wine and gold made me question design choices. Is the restaurant trying to one-up the other restaurants on the block by offering a television experience akin to 50 years ago, or is this the new cool thing to do?

The food and beer are all made with local, organic products, but the dining experience is replicated at similar breweries at lower costs. It comes down to the age-old question: Are you willing to pay more for local foods?