The Cavaliers are in NBA purgatory 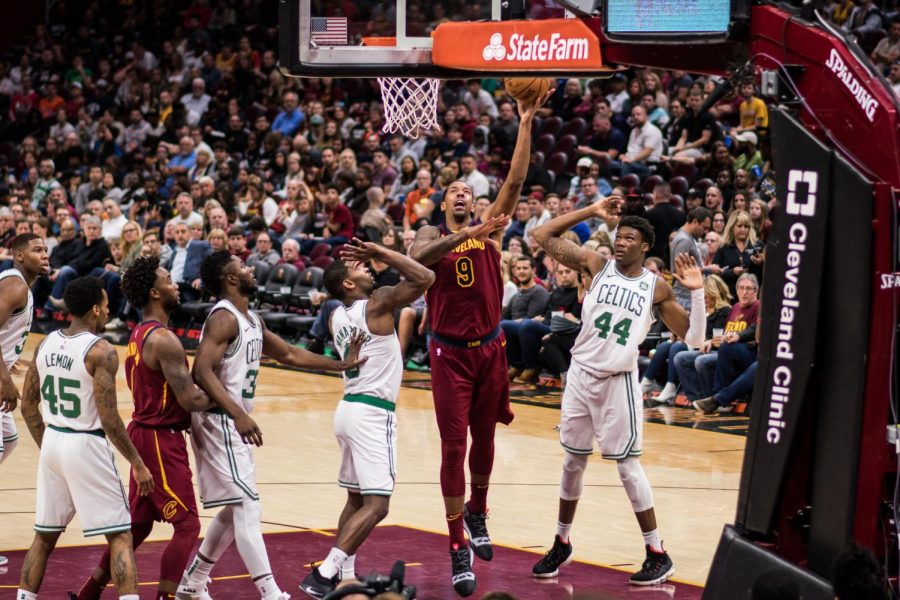 For the second time in the last eight years, the Cleveland Cavaliers are left picking up the pieces after the departure of superstar LeBron James. The team made the NBA Finals every year for the last four years and won their first championship with James. Now, management has the impossible task of deciding what direction the team needs to go. To answer this question, the Cavaliers have to decide if they have the roster to compete or if they should begin another rebuild.

Their roster is one of the more unique ones in the NBA.

Kevin Love assumes the role of alpha male after playing second fiddle to James since Love was traded to the Cavaliers from the Minnesota Timberwolves. When Love was the best player in Minnesota, his teams finished near the bottom of the standings frequently. Have things really changed in regards to his ability to lead a team? Unfortunately, probably not.

Love is a great player, but in today’s NBA he is not able to carry a team. He’s also 30 years old, so he’s in the latter half of his career. Tristan Thompson, another carry over from the Finals teams, is one of the most overrated players in the league. He’s not great on offense and he’s not good on defense, but is still being paid $17 million a year.

George Hill is another solid player, but he’s 32 and is a role player at best. Kyle Korver and JR Smith are both over 30 and can only shoot. Neither is a consistent offensive threat. Essentially, the Cavaliers roster is filled with overpaid role players who can’t function as primary scorers.

They also boast an interesting assortment of younger players. The 23-year old Cedi Osman earned more of a role last year for his relentless effort, but at times he looked scared on the court. This season, he has shown a greater offensive repertoire and is looking like a permanent starter.

This year’s first round pick, Collin Sexton, is raw but very athletic. He has shown early flashes of being a capable floor general but is a year or two away from being a top point guard in the league.

Rodney Hood is an enigma. Early in his career for the Utah Jazz, he was a tremendous two-way player. After being traded to the Cavaliers last year, he barely saw playing time. Now he’s in a contract year and wants to prove his worth. If he plays to his potential, he will be very beneficial to their lineup now and in the future. Yet, the Cavaliers’ youth does not seem to have the future star power needed to compete.

Regarding cap space, there is not much to speak of currently. The team will not be able to sign marquee free agents given their current roster structure. As for first round picks, this year’s is owned by the Atlanta Hawks if the pick is No. 11 or later. So they are thin asset-wise as well.

With a roster that has good, but not great, players and few future assets, the Cavaliers are in the worst place to be for an NBA franchise: purgatory. They will not win a championship. Nor will they be bad enough to get a top draft pick. The Memphis Grizzlies are the team best associated with this purgatory. They have been decent for a long time, but have never been close to a championship. The Cavaliers should avoid this place at all costs.

The Cavaliers must undergo a rebuild. They need to begin with trading their veteran players on terrible contracts, specifically Smith, Korver, Hill, Love and Thompson. It does not matter what they get in return, but they need to free up cap room and hopefully acquire some sort of draft picks in exchange. Love has decent value, and Hill and Korver will be valuable to some teams. Regardless, the team just does not have the potential for the foreseeable future. Plus, they need their first round pick this year, and they have to finish in the bottom ten of the standings.

To try and win this year would be futile. General Manager Koby Altman must embrace a full rebuild if this team wants to compete for championships in the years to come.