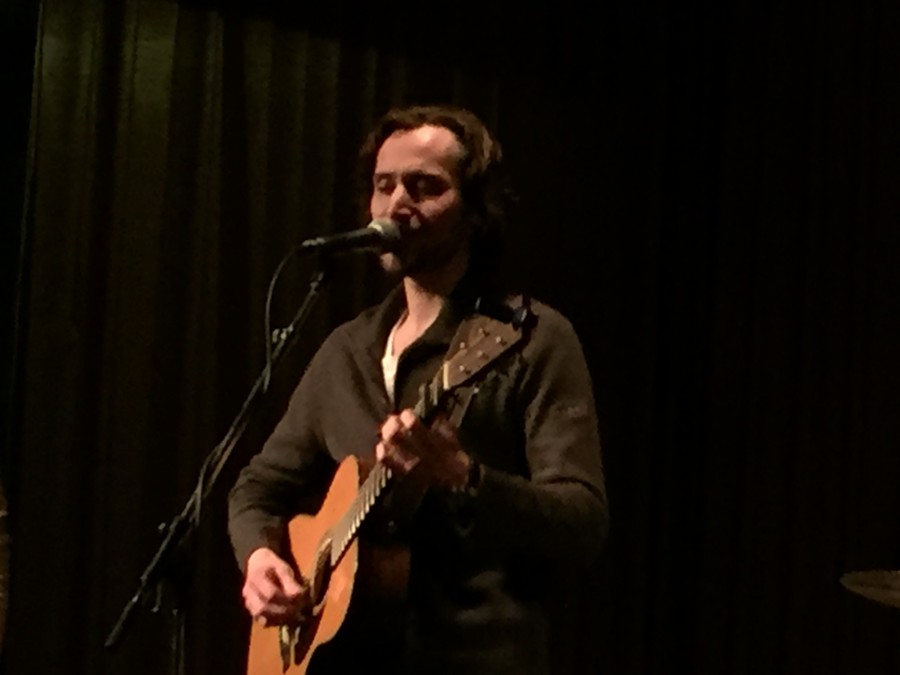 Beachland Ballroom hosted two different bands in two different stages of success, both of which meshed perfectly into a bluesy night of music.

The Nate Jones Band quietly took the stage at the Beachland Ballroom on Thursday, March 5. Within seconds they began to jam out to “Honest Man” with smiles on their faces.

I could not help but smile to myself, as I saw the unbridled joy from the members of a Cleveland band playing at one of the top Cleveland venues.

The ballroom was filled with an older crowd that night, many of whom had seen The Nate Jones Band earlier on Fox 8 WJW-TV’s morning show and were excited to see them live.

The band is led by Nate Jones, who is a classic performer with powerful vocal abilities. His mesmerizing guitar playing and gifted vocal range became the focus of the show.

I was reminded of music acts from another era, as I jammed along with the band. I could not help but think of Paul Simon or Cat Stevens as Jones sang “Wandering Love.”

One of my favorite songs, “Ophelia,” was upbeat and fun, leading to tapping feet and an awkward dance with the other swaying patrons.

Jones performed his new song about Mardi Gras in New Orleans. He had spent his college days at Tulane University, where he fostered a love for Louisiana. The song was happy and fun and embodied the spirit of Mardi Gras.

“My inspiration comes from the fact that music is fun. It’s enjoyable and that’s not the case for most professions,” Jones explained. “I have the unique opportunity to really enjoy my job forever, as long as I work hard to keep developing as a songwriter and musician.”

While growing up in Cleveland, Jones first heard Elton John when he was six years old and realized he wanted to publically perform. After a lot of practice and courage, Jones eventually began to play in front of others and realized that he wanted to continue with music as a career.

Jones met bassist, Seth Bain, at Beachwood High School and partnered with him on almost every musical project since. The band added a third member when drummer Stu Laven Jr. joined Jones and Bain in 2013, bringing versatility and experience to the soulful power trio. Recently, the band added Michelle Morgan as supporting vocals to the group. Her harmonic contributions have given the band a significantly bigger (and prettier) sound.

“I love living in Cleveland; it’s home,” Jones said. “There’s so much momentum right now, and everything seems to be going our way. As a musician, it’s nice to be based here because we’re so close to so many other major cities, which makes low-budget touring relatively easy.”

Headlining the performance at the Beachland was Tab Benoit, a swamp and soul blues performer from Baton Rouge, Louisiana.

Benoit led the three-man band with soulful and smooth lyrics and sound, which emanated from the stage and through the ballroom. His amazing guitar picking was unmatched and, several times throughout the show, he broke a guitar string.

The music was straight blues that often dabbled in rock elements and was followed by long jam sessions, during which I often found myself lost in the music as I stared at the large alligator head hanging out by the percussion section.

Benoit put his heart and soul into every note, and the audience clapped and tapped to every beat. Despite the two bands being in very different stages of their careers, the show was a perfect match between the two styles.