“The Cloverfield Paradox:” A wobbly, but fun step in the franchise 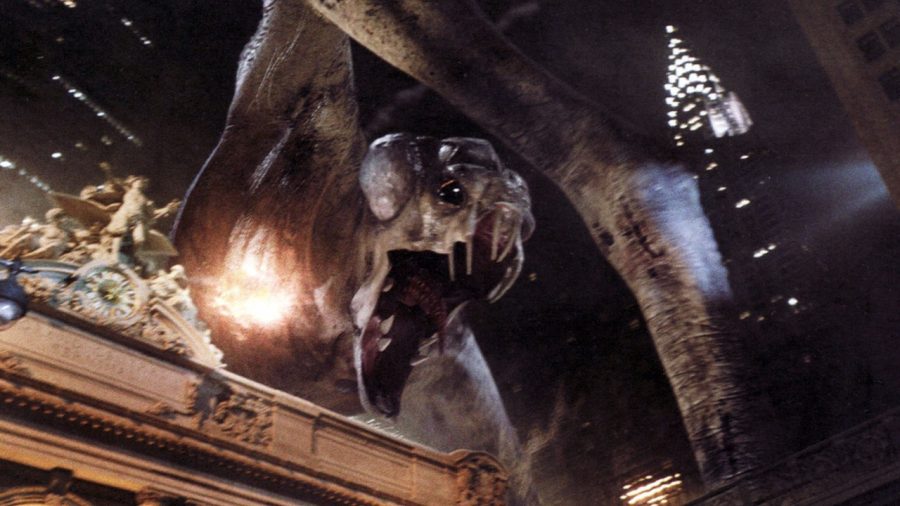 Netflix surprised fans with the next installment in the Cloverfield franchise, "The Cloverfield Paradox," just after the Super Bowl ended.

The Cloverfield series has been an interesting cinematic universe. It originally began with “Cloverfield,” a standalone monster movie, which came out to rave reviews. In 2016, another surprise came in the form of “10 Cloverfield Lane,” a thriller that had loose connections to the first film, but also enjoyed great success. Now, following the recent Super Bowl, Netflix revealed its new film, “The Cloverfield Paradox,” with the extra catch that it would come out as soon as the game ended.

In a near future where the Earth is close to exhausting its energy reserves, “The Cloverfield Paradox” follows the mission of a team of international scientists—Commander Kiel (David Oyelowo), Hamilton (Gugu Mbatha-Raw), Schmidt (Daniel Bruhl), Mundy (Chris O’Dowd), Volkov (Aksel Hennie), Monk (John Ortiz) and Tam (Zhang Ziyi)—tasked with testing out a particle accelerator in space on the Cloverfield Space Station in efforts to create limitless energy and solve the global energy crisis. After a couple of years and multiple failed attempts, it finally works—kind of. This, coupled with the appearance of a mysterious woman, Jensen (Elizabeth Debicki), leads the team to do whatever is necessary to return home.

Overall, the film sports a breakneck pace, which helps it escape some messy writing and scientific leaps of faith with the overall premise. The tension does build steadily as well, especially with the unpredictability of some of side effects of the energy experiment.

Production-wise the film is technically impressive, especially with a budget of $45 million. Although the connection to “Cloverfield” is much closer than it was in “10 Cloverfield Lane,” it still feels very shoehorned in. Unlike “Lane,” which was said to have been developed as a sequel, “Paradox” does not feel this way, especially considering that the film had undergone significant changes in order to make it fit into the universe.

The ending, while definitely impressive and jaw-dropping, makes you think it was also hastily put together. The film also varies greatly in tone, uncertain of whether it wants to be a space horror film, a bottle thriller with some comedic elements courtesy of O’Dowd’s, or a disaster film. Some events occurring on Earth are also hastily shot and seem to belong to a different film altogether, hence the shoehorning of the “Cloverfield” elements.

However, despite its several flaws, the film thrills viewers, and allows them some levity in parts while leaving them wondering with the film’s plot twists. The character performances ultimately carry the film, especially Mbatha-Raw as the sympathetic Hamilton. The film has some inconsistent writing, but its nods to its predecessors will be enjoyed by fans of the franchise.