“The Disaster Artist” will leave theaters soon, and it’s tearing me apart. 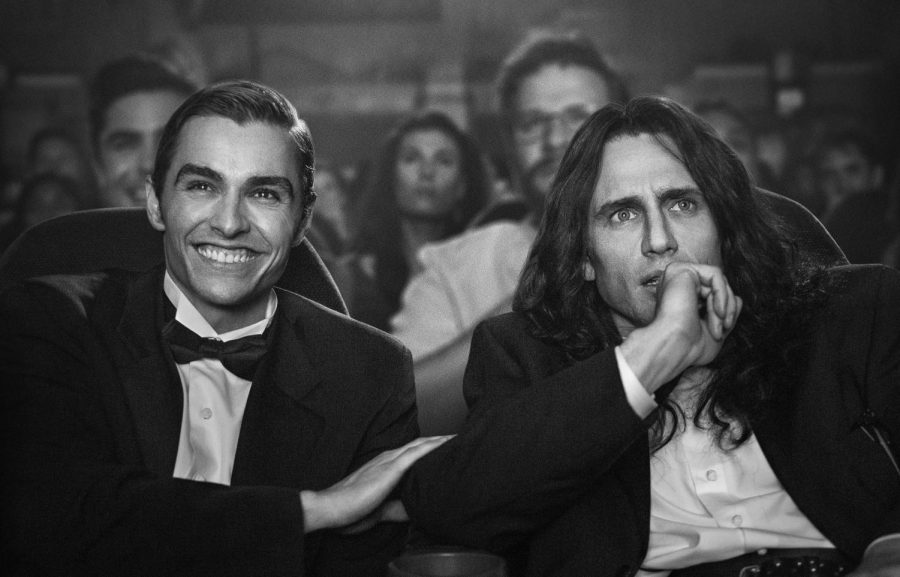 Based on the cult classic film, "The Room," James Franco's "The Disaster Artist" is last year's funniest comedy.

As we enter this semester and the month of January comes to an end, I thought it would be fun to look back at a film that I never got to review because of finals last semester when it came out in early December: “The Disaster Artist.” This new Golden Globe winning comedy-drama is based off of the nonfiction book of the same name, which was written by Greg Sestero, the best friend of independent filmmaker Tommy Wiseau. Like the book, the film tells the true story of how the two aspiring actors, played by Dave and James Franco respectively, made the so-bad- it’s-good cult classic film, “The Room.”

I should probably admit a certain bias I have. I’ll admit without any shame that I have been a fan of Tommy Wiseau’s “The Room” (and Greg Sestero’s book) for years. There are few movies like it that have its particular breed of bad quality一the kind that makes it not the worst movie ever made, but one of the most enjoyable and memorable train wrecks to sit through with your friends. So, coming into this new movie, I was able to appreciate certain jokes and moments that the average moviegoer might not have appreciated. Certain aspects of the film’s comedy, such as inside jokes related to Wiseau’s film or moments when the cast of the new movie have to imitate the original, are improved by being familiar with the source material.

However, I still believe that “The Disaster Artist” is an exceptional film on its own, and worth seeing even if one isn’t as familiar with the story it is telling. The movie is not a true comedy, but it has a great sense of humor, poking fun at “The Room” and its notoriously bizarre creator Tommy Wiseau, without disrespecting either. It is also just well written一the plot has a nice and easy flow to it, covering most of the information it needs to without dragging or rushing and giving a pretty accurate portrayal of the true story, albeit with some healthy dramatization.

The performances are also all great, with each performer pulling his or her own weight and clearly having fun. James Franco of course is of note for his portrayal of Wiseau, who could be a hard character to play, with his thick eastern European accent and rather strange mannerisms. Franco does not imitate Wiseau to the point where it is over-the-top or silly, but instead gives a performance that captures him as a three-dimensional person, with a fair amount of depth and dignity. In both his comedic and dramatic moments, he steals the show.

All in all, “The Disaster Artist” is a well-written and directed work which gives its fascinating story the film treatment it deserves. It manages to be an excellent homage to the film that inspired it, but also excels by itself with its acting and tightly written story and dialogue.

It may be out of theaters soon, but while it’s still here I say it’s worth a watch.