The fantasy of Peter Kavinsky 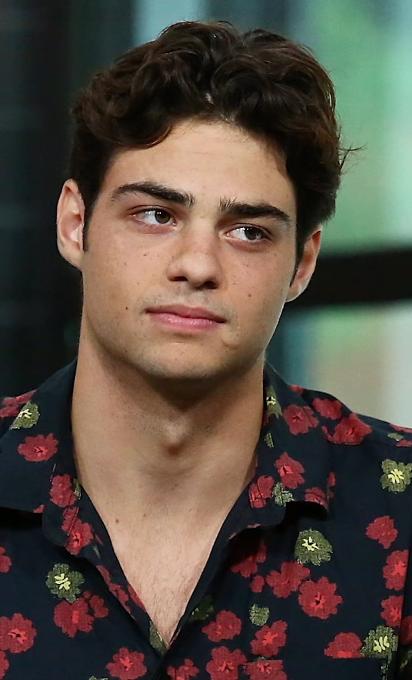 Peter Kavinsky: the internet’s newest boyfriend and romantic lead of Netflix’s “To All the Boys I’ve Loved Before.” Since its release on Aug. 17, the movie has become wildly popular, earning Noah Centineo, the actor who plays Kavinsky, millions of Instagram followers just a few days following its release.

It’s hard not to love Kavinsky, the messy-haired lacrosse star who is desperately in love with his ex-girlfriend. His affable nature, amazing abs and steadfast support of Lara Jean Covey is enough to make anyone swoon. However, while we were all fawning over Kavinsky’s abs, we skipped over some seriously unattractive character traits.

In the first present-day scene with Kavinsky, we see his then-girlfriend bullying the main character, Covey. Kavinsky can clearly see what has transpired and instead of apologizing or contradicting his girlfriend, he begins to make excuses. We see this kind of apathy from Kavinsky throughout the movie. He only stands up for Covey when prompted to in a public arena or quietly apologizes to her later in private. I do not argue that it is Kavinsky’s job to protect every bullying victim because that is simply impossible. His failing is in ignoring the toxic relationship between two of the people he is closest to, especially given that he is partly the cause for the aggression.

One of the reasons Kavinsky begins dating Covey is because he knows that it will anger his ex-girlfriend, making Covey into even more of a target to be bullied. Either Kavinsky refuses to see this or ignores it because he is so intent on blindly pleasing a girl. Regardless, he is putting Covey in a position that will inevitably bring her pain because he wants to play mind games with his ex-girlfriend, which is no excuse for inflicting pain on Covey.

The greatest failing of Peter Kavinsky is not that he is imperfect but that he is lifted up by the world as an example of the ideal boyfriend. Instead of recognizing the toxic nature of Kavinsky’s blind devotion to his first girlfriend, the internet has turned the devotion into a notion of loyalty and love. In reality, Kavinsky trails behind a flawed girl in a relationship he has no control over. This type of one-sided power vacuum is not a form of loyalty, and it is certainly not romantic. Worse still, is that this relationship is only a small glimpse into the modern view of romance.

Romance is not a new notion in our society, but it has evolved over time. Currently, we are in the era of rom-coms, where relationships are messy but will magically end in happiness because the couple is fated to be together. “To All the Boys I’ve Loved Before” is no exception to the genre.

However, the idea that a perfect love story can come out of an impossible mess has resulted in the constant romanticizing of doomed relationships. In Kavinsky’s case, we see him give unconditional love and unwavering devotion to his first girlfriend, regardless of whether she is deserving or if it is fair to Kavinsky. When he frees himself of that relationship, he begins another unbalanced relationship. He agrees to rules made up by his new girlfriend and follows her lead in every situation. Some may see this as a sign of respect, and at times it is, but ultimately it shows that Kavinsky has no role in the relationship where he can express himself freely.

What makes Kavinsky a perfect dream boyfriend is not that he is perfect, but that he is flawed and human. The tragedy is that he is imagined in a world where he is the perfect boyfriend and is presented as such. Such imaginings are merely perpetuating a world in which it is okay to be mistreated in the name of love. We need a dream movie boyfriend to show us a real, healthy relationship without falling into the pit of romanticized fantasy. Until this movie magically appears, we can only wait and hope.