The fight continues for LGBT representation at John Carroll University 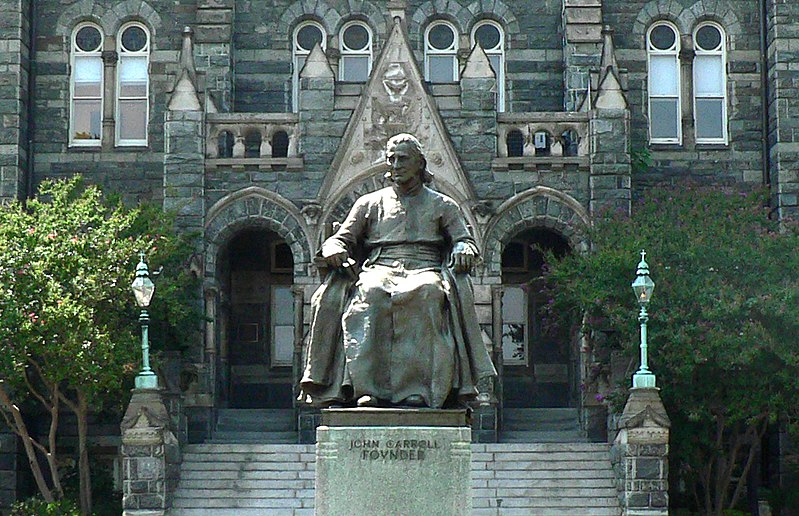 Few students remember that just a short five miles away from Case Western Reserve University lies another college: John Carroll University. John Carroll was founded in 1886 as a Jesuit university intent on educating students in both morals and traditional academic disciplines. As a member of the Association of Jesuit Colleges and Universities, John Carroll has always had strong religious ties in both its faculty and student body. Today those religious morals are being tested as Michael D. Johnson, president of John Carroll University, announced that the annual drag show was canceled this semester.

The show has been a fixture in the community since 2013, where it gave local performers a chance to showcase their talent, although it has been contentious since its inception. The issue came to a head in October 2018 when Declan Leary, a second-year student at the time, published an opinion piece in the campus newspaper lambasting the show and the culture it represented. Leary claims the show is evidence of the “decay” of the Catholic faith, condemning all those involved in the endeavor.

Most notably, Leary called out Johnson, who had become president of the university a year prior. He insisted that Johnson must decide either to prohibit such events on campus and preserve the Catholic faith, or succumb to the supposed “evils” of the LGBT culture.

The backlash caused by the article was so extreme that the editors of The Carroll News, where it was published, made a statement defending the publication of the article citing free speech. The editors conceded that the language was “a bit extreme” but as it was used to illustrate the author’s point, the editors felt it was justified.

In the face of such opposition, Johnson felt compelled to suspend the drag show. Johnson has stated that he hopes suspending the show will help him maintain neutrality on the debate, which has implications far beyond a simple college event.

For those who feel negatively affected by the events that transpired at our neighboring instituion, the CWRU Lesbian Gay Bisexual Transgender Center is an excellent resource to reach out to for support. There are also a number of mental health resources available, including University Health & Counseling Services.