The future will be here soon…we hope 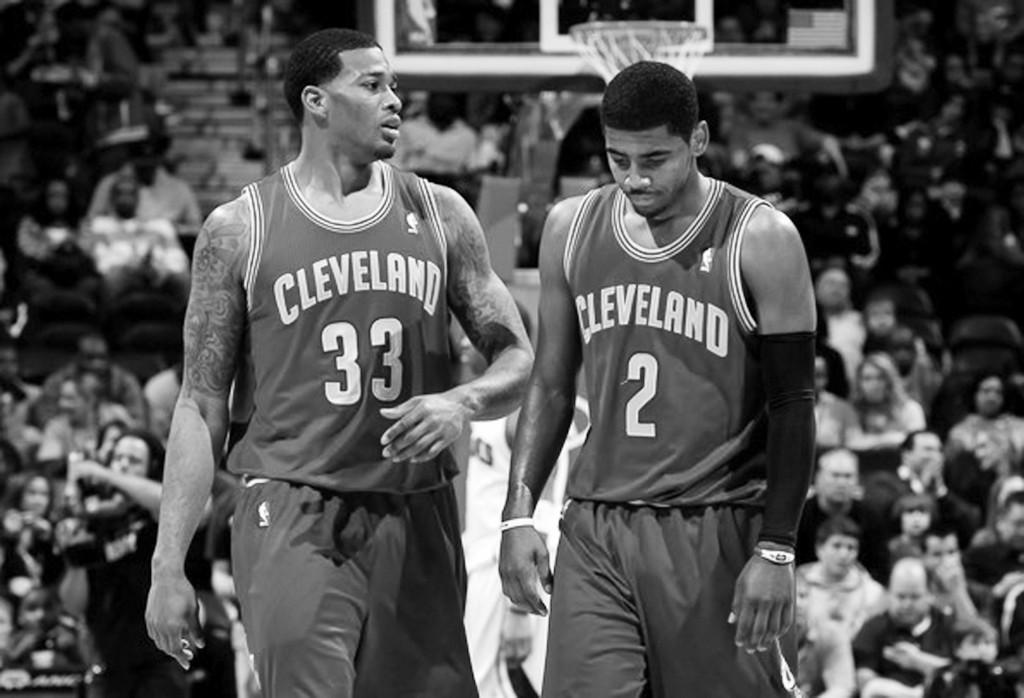 Everything hasn’t gone according to plan this year for the Cleveland Cavaliers and rookie phenom Kyrie Irving. The Cavs are rocking a disappointing record of 20-40 and it was even harder to look away on Tuesday night’s game against the 23-38 Detroit Pistons. Despite the mediocre competition, the Cavs turned in one of the ugliest performances in recent history, even if their hearts were in the right place.

At one point in their 39-point loss, the Cavs found themselves on the wrong end of a 50-point deficit, down 100-50 through three quarters. These are dark times for Dan Gilbert’s boys, and the light at the end of the tunnel has to get a little bit dimmer before the Cavs can emerge, ready to claim their birthright and win an NBA championship.

The Cavs have found themselves in the thick of one the most intense races in the NBA right now, the pursuit of the bottom and a shot at the unibrow on Anthony Davis. Including the Cavs, seven teams are currently jockeying for the third worst record in the NBA. With 20 wins, the Cavs are just one game ahead (or behind) of the 19-win New Orleans Hornets.

Sitting at the bottom of the standings are the unbearably bad Charlotte Bobcats, currently 7-54. If they lose their remaining five games, they will finish with an NBA record low winning percentage of .106. The 1972-73 Philadelphia 76ers, who finished 9-73 (.110), hold the dubious mark for now.

In front of the Bobcats and solidly locked in the second worst record in the league are the Washington Wizards. Sitting at 15-46, they are hoping that a favorable bounce of the lottery balls will give them their second No. 1 overall pick in three years.

The Cavs are in the middle of a race with Sacramento, Toronto, New Jersey, Detroit and Golden State, all of whom have no more than 23 wins.

For all the problems the Cavs have had this season, their chase for the No. 1 overall pick hasn’t been completely fruitless. Irving, last year’s No. 1 overall pick, has shown that even as a rookie he’s one of the top 25 players in the league. The excitement level for Tristan Thompson, the Cavs’ other first-round pick, has been just the opposite. He is a role player who has been compared to as a smaller, less flexible version of ex-Cav J.J. Hickson. But as the Cavs are aware, there was only so much the normal-sized Hickson could do in his three years with the team.

That being said, next year the Cavs will find themselves with an outside shot at Davis or Kentucky forward Michael Kidd-Gilchrist.

They’ll lose Antawn Jamison and his $15 million contract, leaving them with a solid base of Irving, Parker, Thompson, Gee, and a top-five draft pick. But if Gilbert’s boys continue to keep their eye on that prize of more ping pong balls in the lottery, they should be able to make up for past mistakes.