The joys of “Animal Crossing: New Horizons” in a time of quarantine 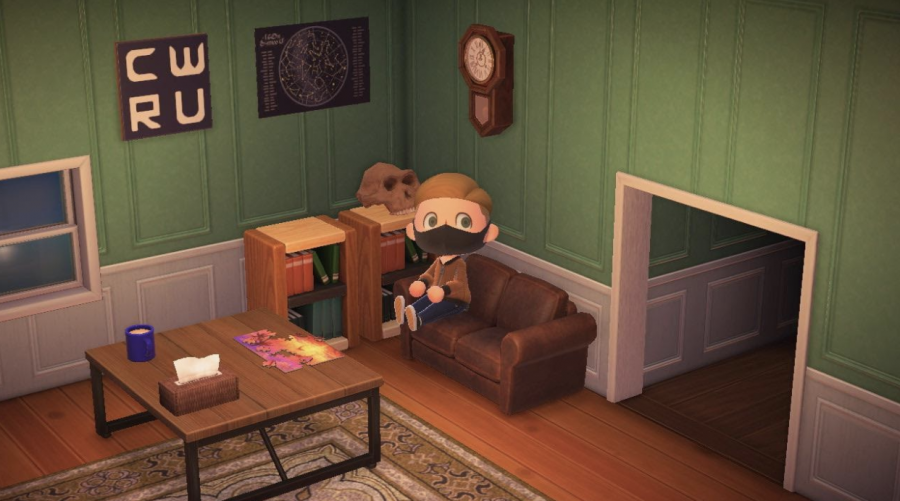 I won’t say I handled the shift to remote learning particularly well, at first. Like many, I was mad that the rest of the semester was taken away, and, as the pandemic worsened and social distancing and stay-at-home became enforced, every morning felt like a new barrage of bad news and frustration.

But then, there was “Animal Crossing.”

On March 20, the Friday of the first week of remote learning, “Animal Crossing: New Horizons” was released to the world on the Nintendo Switch, and has since become something of a phenomenon. The latest installment of the long-running “Animal Crossing” franchise, “New Horizons” follows many of the tropes of the series, yet remixes them all together to provide a new level of personalization.

For those unfamiliar with the series, “Animal Crossing” is a simulation game in which you live in a town full of animal villagers and strive to improve your town. All the “Animal Crossing” games are set on a real-time clock, so every day in game follows a day in real life, with changing seasons and new events as time progresses, elongating the length of the game.

With “New Horizons,” you can customize your town in your image like never before, with the ability to choose where you and all your villagers live and where the shops go, and eventually, you also gain the ability to terraform the entire island that you live on.

Since release, I’ve created a bit of a daily routine while stuck at home. I wake up and boot up my Switch, immediately transported to the warm island vibes of my town, which I named Joyville. Going outside my house, I look for fossils scattered around the island to dig up so I can donate them to a museum run by the owl, Blathers. Then, maybe I’ll water my flowers and look for bugs among them to catch and sell. I go around the island, shaking trees for fruit or chopping them for raw materials, often disturbing wasp nests that lie in them, and then fish for a bit in the rivers or the ocean surrounding the island, all in the name of selling everything I get so I can pay off a few infrastructure projects I have going on around the island. The loan I got for my own home renovation from my raccoon landlord, Tom Nook, can wait. Maybe I’ll set up a playdate with one of my animal villagers, or even invite a real-life friend to come to my island.

In days where it often feels the world is dark and it seems like there’s no point in doing anything, finding solace in “Animal Crossing” isn’t the worst thing to do. In the game, there is no worry of death or illness. At worst, you get stung by some wasps or bitten by a tarantula and pass out. Instead, a sense of wholesomeness and welcomeness defines the entire experience, with everything being done at the player’s pace.

There is no real pressure to do anything in the game, with every decision being at the player’s whim. You never really need to improve your home, but wouldn’t it feel incomplete if you didn’t craft that nice kitchen counter? You don’t need to improve the island to get storefronts, but don’t those clothes they sell look so nice? As such, the game doesn’t fuel anxiety at all and all playtime is like a calming escape to a holiday with friends, yet there is always something to do.

The most amazing part of “New Horizons” in this awful time, is the online community it has engendered around it. In this time of isolation, it is comforting to see people running around together catching bugs, exchanging items or leaving messages on the island’s bulletin board.

Entire groups have been formed, dedicated to exploting the games “stalk” market, where you can buy turnips and sell them for higher or lower prices, depending on the day, simulating the real life stock market. However, you can visit other people’s islands where turnips might be selling at higher prices to make even more of a profit, and with that, people are connecting all over the world, all for these turnips.

“Animal Crossing” seems tailor-made for this moment, with series creator Katsuya Eguchi having said that he created the original game that was released in 2001 for the Nintendo GameCube when he was lonely after moving to a new city, so he wanted to simulate aspects of friends, family and community. All those are things we could use a bit more of these days. While we might not be able to see our real-life friends and community here at Case Western Reserve University, or anywhere, in general, for quite some time, we will always be there for each other once this is over. Until then, let’s just play some “Animal Crossing.” Invite me to your island if your turnip prices are high for the day.