The Lucas Bros. heading to Cleveland on Oct. 13 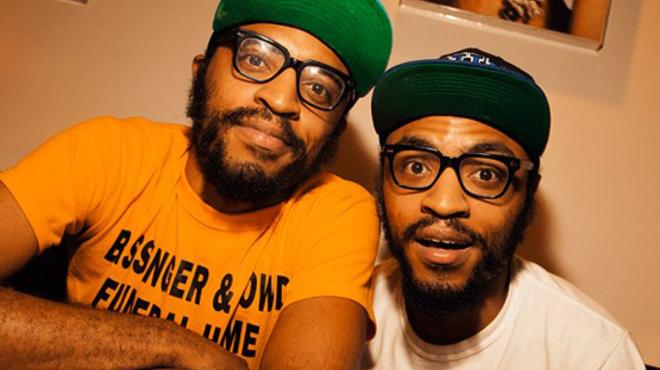 The twin comedians, most known for their roles in "22 Jump Street" will be performing at Cleveland Improv on Oct. 10.

Keith and Kenny Lucas have mastered speaking in harmony. In their five years performing stand-up comedy together under the name The Lucas Bros., the identical twin brothers have become experts in the delicate art of playing off of each other, using the rare instance of having two comics on stage to navigate the rough waters of the comedy scene.

Both brothers are used to pressure. Five years ago, while attending separate law schools, the two started to perform stand-up comedy on their own. They quickly realized that they were better off together, and both dropped out of school to start performing their act in and around Brooklyn, NY.

“Law is soulless and lacks creativity,” said Kenny. “With comedy we’re actually doing something we love. It went from having no passion for what we were doing to having a ton of passion.”

Passion has gotten the brothers far in the business, in just a short time. Their stand-up has appeared on Comedy Central’s “Adam Devine’s House Party,” NBC’s “Late Night with Jimmy Fallon” and HBO’s “Funny as Hell.” They also have their own show on FOX’s Animation Domination Hi-Def, called “Lucas Bros. Moving Co.,” and they appeared as the Yang Twins in this summer’s big blockbuster “22 Jump Street.”

“It was incredible,” said Keith of the experience. “You’re working with Channing [Tatum] and Jonah [Hill], and they’re heavyweights. It was a privilege to see them working. They took it to the next level every scene. It encouraged us to work a little harder and take our act to the next level.”

The Lucas Bros.’ fast-moving career is showing no signs of slowing down. The two are going to be a part of TruTV’s “Friends of the People,” premiering in October. The new sketch show also features comedians Kevin Barnett, Jennifer Bartels, Jermaine Fowler, Lil Rel Howery and Josh Rabinowitz.

“It’s a really eclectic group of people,” said Keith. “I think we all bring a different perspective to comedy, which makes the sketches more effective.”
They are also bringing their stand-up to Cleveland as a part of their Purple Urkle Tour, which combines sketches and animation with their traditional act to make something different than your typical stand-up show.

“I can promise you that it’s going to be the greatest hour and half of your life,” said Kenny. “Well, I can’t promise that, but it’ll be good.”

The Lucas Bros. will be performing at the Cleveland Improv on Oct. 13.