SyFy’s “The Magicians” isn’t new, but that doesn’t mean it isn’t good 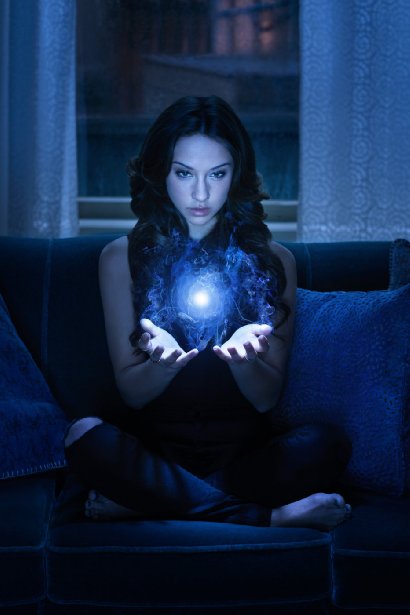 "The Magicians" has beautiful special effects but lacks originality.

For everyone who was upset they didn’t get a Hogwarts letter when they turned 11 or find out they were secretly a magical creature at age 18, SyFy has got the show for you. The network’s newest offering, “The Magicians,” based on Lev Grossman’s novel of the same name, ages the “Harry Potter” series up a bit, showing the mystical and not-so-mystical adventures of students at Brakebills College for Magical Pedagogy, which is basically a graduate school for wizards.

Like any SyFy series, “The Magicians” is visually stunning. There’s a house of cards made by accidental telekinesis. People float while having sex. A glass ball is transformed into a tiny, moving glass dog, all in front of our very eyes.

But, also like any SyFy series, the show is overproduced, the writing is only average and the acting is overdone. None of the elements introduced in the pilot feel original in any way. The series borrows liberally from the vast library of TV tropes, with an awkward and nerdy but deceptively cute protagonist (Jason Ralph), a surprisingly attractive high-strung overachiever (Olivia Taylor Dudley) and a plot hinting at a mysterious big bad with an even more mysterious connection to our main man.

However conventionality isn’t necessarily a bad thing, and “The Magicians” does hit many enjoyable notes during the premiere. Although Ralph’s Quentin Coldwater (ridiculous name, I know) isn’t instantly likeable, his unwitting curiosity and awkward charm show that he has the potential to evolve into a strong lead.

Similarly, while the setup of mega-villain The Beast (Anthony Marble) was stereotypical and vague, his reveal at the end of the first episode was legitimately scary, aided by the help of some more stunning visual elements and ending with a cliffhanger that will be sure to bring viewers back for more.

More interesting than anything happening at Brakebills, though, is the storyline involving Quentin’s childhood friend, Julia (Stella Maeve), who, upon being rejected from the school, gets involved in the magical underground. While this is also an element that we’ve seen before, it feels less overdone, and it should be interesting to see how the two will play together and affect Quentin and Julia’s relationship.

Where the series goes after the pilot will determine whether it becomes an average sci-fi offering or the next big fad. All of the makings of something great were there, and the flaws aren’t too egregious; much of the clunky writing will likely be ironed out after the exposition-heavy pilot phase is over, and the acting should hopefully improve as the actors become more comfortable in their roles.

If the series decides to move quietly into the world of procedurals that don’t deal with their big bad until the last episode, it likely won’t last past the first season. But if it is able to make these improvements and live up to the epicness that the setup of The Beast so repeatedly promised, then SyFy has a hit on its hands.

The pilot of “The Magicians” airs on Jan. 25, 2016 on SyFy, but it is currently available to stream online at SyFy.com.