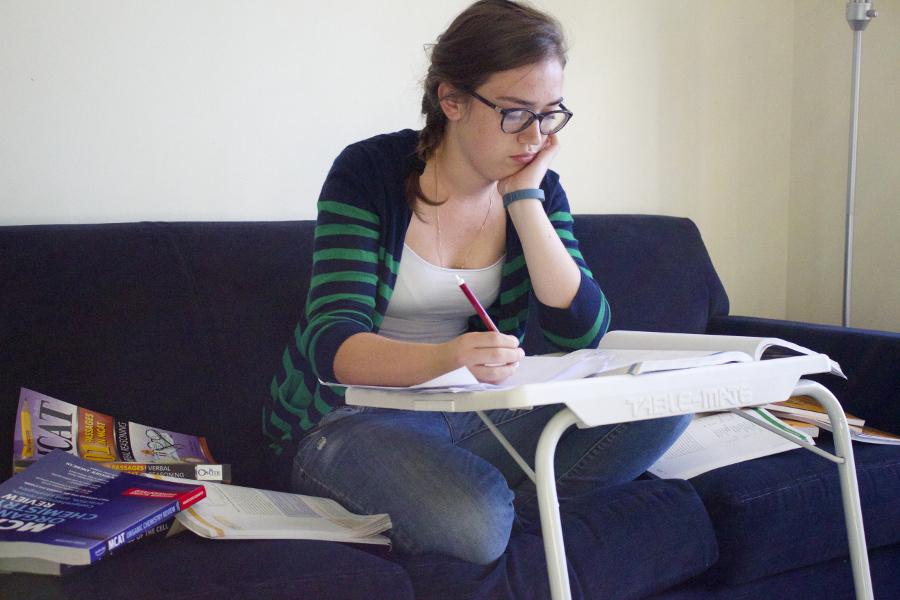 After the Association of American Medical Colleges announced that the Medical College Admission Test (MCAT) would be revised in April of 2015, many pre-medical students are scrambling to take the test before it changes.

Adhithya Baskar is one such student. A junior, he took the test last Saturday to avoid having to take the 2015 test.

“I didn’t feel prepared [for the new test],” he said. “I took the right courses, I just didn’t like the length. It’s supposed to be eight hours long, and I don’t think I could focus that long.”

Baskar isn’t alone. Many pre-medical students have opted to take the test they know since the proposal passed the AAMC’s board of directors in 2012.

Revision began in the fall of 2008, when the AAMC created a committee to reassess the content tested by the exam they made in 1991, which is still in use today. The committee conducted a number of studies, including a survey of over 2,700 medical school faculty, administrators, residents and students.

From these studies, the committee submitted preliminary recommendations to the AAMC to balance the test’s assessment of the natural, social and behavioral sciences, as well as applicants’ critical analysis and reasoning skills.

The new test will include a section assessing social and behavioral sciences, and it will remove the writing portion of the test. They also revised existing test sections to reflect more current science and assess pre-medical students’ competency in using scientific research methods.

The new test will also put more emphasis on knowledge of biochemistry, and, according to the AAMC website, the importance of sociocultural and behavioral determinants of health. In order to cover all of this additional content, the new test will be nearly twice as long as the current one, lasting almost eight hours total.

Although many students, like Baskar, are worried about taking a new test that they are not familiar with, not all pre-med students are concerned with the change.

“I think I’ll be prepared when it’s time to take the test,” said junior Anthony Nguyen, who opted to take the new exam in April. “The biggest thing will be getting to know the new curriculum, but a lot of the skills are transferable.”

Nguyen also noted that the biochemistry sections of the new exam shouldn’t be a problem for CWRU pre-meds, most of whom take biochemistry as a junior.

But as the window to take the old test closes, the changes have left many of CWRU’s upperclassmen wondering which test is best for their careers. While new undergraduate students aspiring to apply to medical school will have to take the 2015 exam, students who have already completed the prerequisites for the MCAT after this semester will have to make the choice.

Dean Steven Scherger, who advises pre-med students, said that he doesn’t want to encourage students to rush to take the old test.

“I would suggest taking the old one or the new one based on your strengths,” he said. He stressed that students should wait to take the test until they’re ready.

Scherger, who will be running sessions to talk about the MCAT changes on Oct. 13 and 17, said that although a full practice test will not be released until mid-October, students should still have plenty of time to study if they plan on taking the exam in April.

Scherger said that it will take medical schools a few cycles to fully understand the scoring of the new exam and how it relates to a student’s understanding and performance.
The 2015 test may be more difficult, but many medical schools think it will make for better doctors. Most medical schools will continue to accept scores from the 1991 test until 2017, although some will accept them as late as 2018.