The Nutcracker at Playhouse Theater, A Holiday Necessity 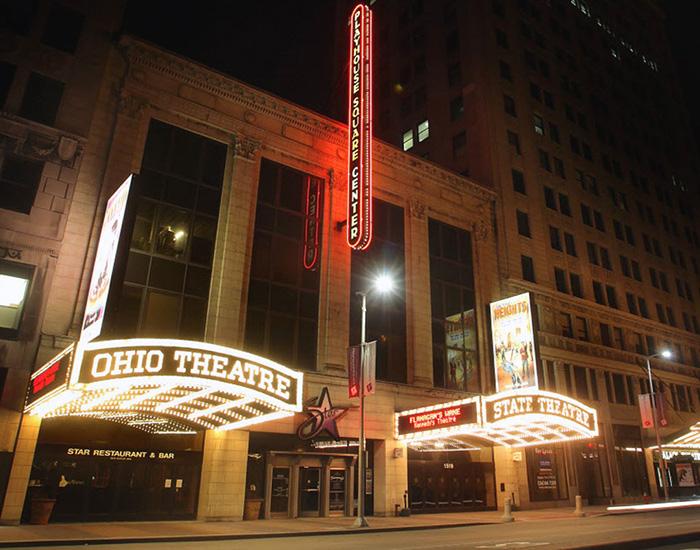 This weekend, the Cleveland Orchestra accompanies the Joffrey Ballet in a magical performance of Tchaikovsky’s “The Nutcracker.”

This year’s show has been performed only once so far, yesterday, in Cleveland, but four more performances are still lined up for the next couple of days. The performance will swing around tonight and tomorrow at 7 p.m., and tomorrow and Sunday at 2 p.m.

Held at State Theatre, “The Nutcracker” is a good excuse to get off of campus and do something a little more traditional to celebrate the holidays. It is a perfect chance to have a nice evening out without travelling far.

Near Tower City, the face of State Theatre is brightly lit, with large lightbulbs outlining the iconic sign on the front of the building. Next door is the Ohio Theatre, fashioned in the same way. Both designs are reminiscent of Broadway theatre buildings, making any show feel instantly larger than life.

Inside, rich designs pattern the walls, creating a vivid and regal atmosphere composed of silver, gold, navy, and red.

Tickets range between $10 and $85, allowing anyone interested an affordable place in the audience. Though price increases with seat quality, the stage is still fairly visible from the cheapest seats in the State Theatre, and easily viewed from some better seats that cost only a little bit more.

A good view would help any audience member to truly appreciate this colorful and intense version of “The Nutcracker”when the huge red curtains of State Theatre are pulled open.

This timeless tale follows a young girl, Clara, who befriends an animated nutcracker prince. Together, they conquer the Mouse King and travel to the Realm of Sweets where the young child gets to watch the Sugarplum Fairy’s dances. This lighthearted story is the perfect prelude to Christmas festivities, especially for somewhat younger audiences.

Elegant costumes adorn each ballerina, creating a troop of scurrying mice or a flurry of snowflakes that drift across the stage effortlessly. In certain scenes, flakes of imitation snow fall from the ceiling, creating a realistic wintery effect. The nutcracker’s outfit pops from the rest of the stage with a cartoonish-looking face and red top; how a ballet dancer could even dance in such a boisterous costume confounds me.

While the dancers leap through the air and swing across the stage in their bright costumes, the Cleveland Orchestra performs its music with notable precision. These two juxtaposed aspects of “The Nutcracker” both develop a blend of classical regality and childishness.

“The Nutcracker” has been around since the late 1800s, but the play was not too popular until the late 1960s. Since then, numerous groups have been dancing at different venues across the world.

A 2010 New York Times review of the Joffrey Ballet’s “The Nutcracker” revealed that this version of the performance, which has been running for over 25 years, has a slightly different take on Tchaikovsky’s original music score. However, the story in the play remains the same. Other ballet groups, including the famous Great Russian Ballet, tend to romanticize the piece, making the nutcracker prince and Clara fall in love.

In my mind, a romantic ballet seems rather typical, but the Joffrey Ballet’s “The Nutcracker” breaks away from that, creating a truly whimsical holiday show that can be enjoyed by anyone.

I have seen or heard good reviews, not only from The New York Times, but also high school friends, children and even my parents, who saw the show when they began dating long ago.

The show is certainly worth seeing at least once, always delivering what audiences like to see.