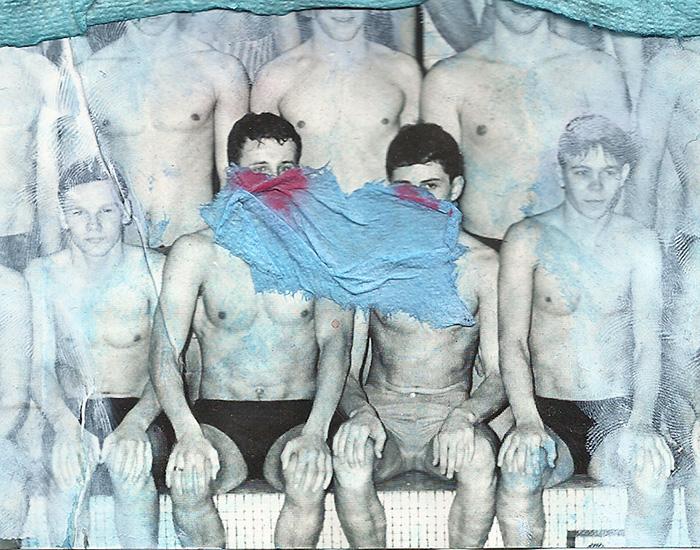 This is the debut solo album from guitar magician Dustin Wong. Former member of art-rock band Ponytail, Wong writes songs for double digit numbers of guitar and nothing else. Dreams is an hour of layered, looped guitar that ebbs, flows, plays off itself, and gets better every time you listen and reveals a new melody you didn’t know was there. Recommended if you like: Steve Reich, Phillip Glass, Ponytail.

#2 – Attack on Memory by Cloud Nothings

With Attack on Memory, Cloud Nothings’ frontman (and CWRU dropout) Dylan Baldi reinvented his band. With two previous, more power-pop oriented albums released, Baldi turned to darker, more aggressive punk. At just over half an hour, Attack on Memory is a blast of loud guitar and screaming along the lines of “I thought I would be more than this.” Recommended if you like: Yuck, Jay Reatard.

Dirty Projectors, a stalwart indie/art/experimental band from Brooklyn, released their seventh album in 2012. More straightforward and accessible than their earlier releases (which included a re-interpretation of a Black Flag album entirely from memory), Swing Lo Magellan is one of their best efforts. Recommended if you like: Animal Collective, Deerhoof, Dan Deacon.

Fiona Apple had a busy year. She was arrested in Texas for possession, had a public feud with police she accused of illegal behavior, canceled a tour to be with her dying dog, and released one of the best albums of the year. Only her fourth album since her debut in 1996, The Idler Wheel Is Wiser Than The Driver of the Screw and Whipping Cords Will Serve You More Than Ropes Will Ever Do is ten songs of off-kilter piano, Apple’s fantastic voice, and brutally honest lyrics about relationships. Recommended if you like: Cat Power, Regina Spektor, Feist

Ty Segall released three albums in 2012, all of them excellent and all of them similar enough to group together. They’re different enough, however, that each merits plenty of your listening time. Hair, a collaboration with San Francisco psych-rocker White Fence, is a homage to 60s and 70s psychedelic rock. Slaughterhouse is a much darker record, indebted to acid-rock and 80s hardcore. Twins is more upbeat, closer to pop-punk. While all strongly steeped in the past, Segall adds his unique composition and melodic skills to make all three excellent albums and more than tributes. Recommended if you like: The Stooges, Jimi Hendrix, Led Zeppelin.

Unfortunate recipients of genre labels like chill-wave and dream-pop, Beach House is another band that released its best album to date in 2012. A continuation and refinement of the sound they explored on their previous three albums, Bloom is full of beautiful vocals, melodies, and guitar harmonies. A fantastic album for headphones or napping, and both of those things are a compliment. Recommended if you like: The Antlers, Fleet Foxes, Toro Y Moi

Kendrick Lamar’s debut studio album, good kid, m.A.A.d city is as a close to an instant hip-hop classic as you can get. A well-executed concept album that tells the story of Lamar’s adolescence, good kid as much a hip-hop masterpiece as you can call something that’s only been out a few months. This album features fantastic rapping, excellent production, and great skits thrown in, just in case you weren’t convinced already. Recommended if you like: A$AP Rocky, Curren$y, Big Sean.

Obligatory head-nod to the album that is going to be number one, or at least in the top five, on most critics’ and music publications’ year-end list (you read it here first!). The debut album from Odd Future-affiliated R&B singer and producer Frank Ocean is a piece of modern R&B history, equally indebted to Stevie Wonder, R. Kelly, Tyler the Creator, and 8-bit music, and somehow bringing all those influences together perfectly. Recommended if you like: The Weeknd, Kanye West, Drake.

Spiritualized, the brainchild of Jason Pierce, has been releasing an album every few years since the early 90s. The 1997 album Ladies And Gentlemen We Are Floating In Space received universal critical acclaim, topped many year-end lists, and was seen as practically a modern rock opera. Sweet Heart Sweet Light is their first album since then to receive anywhere near the same response, and deservedly so. A worthy follow-up, fifteen years later. Recommended if you like: The Jesus and Mary Chain, My Bloody Valentine, The Olivia Tremor Control

Perfume Genius’s first album was full of heartbreakingly sad songs, softly sung over quiet piano chords. Put Your Back N 2 It doesn’t really change the formula, except that Perfume Genius executes even better this time around. Recommended if you like: Antony and the Johnsons, EMA, Bat for Lashes

The Rest of the Best

Break It Yourself / Hands of Glory by Andrew Bird
Django Django by Django Django
Give you the Ghost by POLICA
Local Business by Titus Andronicus
Open Your Heart by The Men
Celebration Rock by Japandroids
Death Dreams by PS I Love You
Vol 1. by Young Man
Shrines by Purity Ring
Coexist by The xx
Visions by Grimes
Heaven by The Walkmen
With Siinai: Heartbreaking Bravery by Moonface
Mixed Emotions by Tanlines
Pink by Four Tet