The post-graduation blues: How to be an entrepreneur straight out of undergrad 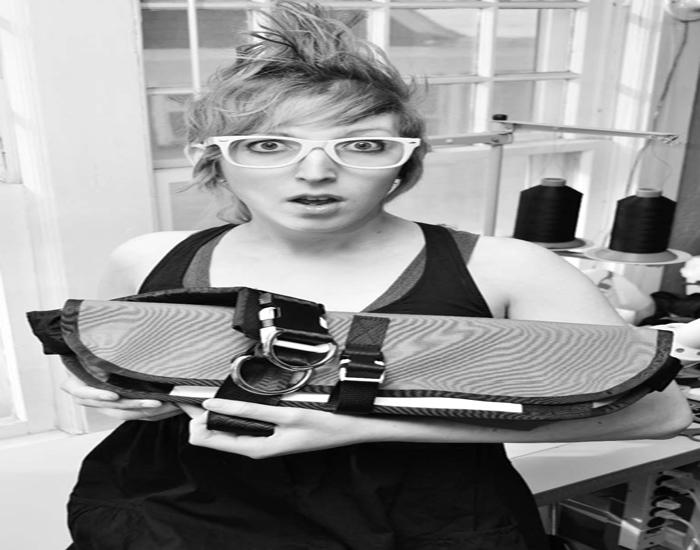 Students all over the country will walk across auditorium stages in early May to receive their undergraduate diplomas. Ranging in degree from B.A. to B.S. to B.F.A., scholars from a variety of backgrounds will look to their parents, smile for the cameras, and take a giant breath. They will quietly ask themselves, “What am I supposed to do now?”

For some post-graduates, the choice is already clear. Maybe they have been accepted to grad school or hired at their university career fairs, or maybe they have enough money saved up to travel around the world. However, for the majority of us, the future is an uncertain place, especially when graduating from an institution in the Greater Cleveland area and a community like University Circle’s.

Many students have already expressed an interest to leave northeast Ohio behind for bigger and better opportunities, citing job scarcity in Cleveland. Contrary to popular belief, NEO is one of the top 10 best job markets for recent college graduates according to a CNN report, and was lauded as one of the hottest entrepreneurial regions in the U.S. by Entrepreneur magazine. In addition, Cleveland’s cost of living is four percent below the national average, making it an affordable place to work and live.

If none of the options on the table seem suited to the young job hunters’ goals or aspirations, my answer has always been this: “Why not make your own?”

It seems crazy to start a business fresh out of college or even while working toward your undergraduate degree, but there are a handful of successful Cleveland entrepreneurs who have done it and are happy with their decision.

“There’s nothing wrong with sticking around Cleveland and exploring the area while you’re still young and have the energy to do it,” says Sam Cahill, a 2010 graduate of the Cleveland Institute of Art’s Industrial Design (ID) program. “People fresh out of school have a lot of energy; they’re used to working long hours. Students just out of school have that post-graduation depression where they don’t know what to do, but you have to keep yourself busy.”

“Do something cool while you don’t have big responsibilities yet. It’s a super-unique opportunity that people in other cities don’t get to experience. They don’t get to experience that sweat-equity, doing something on your own and learning from it.” And Cahill would know: he’s one of seven partners in the local design company 2nd Shift, a business that his friends from high school and college started less than a year after graduation.

The seven partners, including Brian Jameson (CWRU), Chris Comella (Pittsburgh Institute of Art), Eric Parker (CIA), Trevor Marzella (CIA), Maynard Payumo (CIA), and Andy Carcioppolo (OSU), come from a variety of backgrounds and have degrees in graphic design, industrial design, business management, and economics. “Until we were settled, we didn’t start using our respective backgrounds,” Cahill says. “During our start-up phase, much of what we were focusing on was putting our own money into making an investment to purchase tools, physically putting the shop together… Then we started brainstorming products, where we wanted to take the company; our friends with finance and economic backgrounds started looking for opportunities.”

2nd Shift occupies a large second-floor space on the corner of Lorain Ave. and W.47th St., an up-and-coming yet predominantly low-income area near Ohio City. They are able to rent their floor, sandwiched between Go Media and Bad Racket Recording Studios, two other relatively young companies, for a lower rent than most would find in other urban centers.

“The percentage of college graduates in a city’s population accounts for 58 percent of a city’s economic success, as measured by per-capita income. Simply stated: The most successful cities have the highest number of college grads,” reported Freshwater Cleveland, backed by a study conducted by the organization CEOs for Cities through their initiative The Talent Dividend. By staying in Cleveland, the guys behind 2nd Shift have effectively added to that figure, contributing to a much larger cause than solely creating well-designed furniture and small household wares.

Why did 2nd Shift choose to start in Cleveland and not somewhere else? “The summer after most of us graduated, we all attended F*show, a local furniture exhibition. That summer we all had jobs we were working during the week, but we’d talk about the awesome things we wanted to do on the weekends. We talked about buying a warehouse and making a design co-op, and started dreaming up a bunch of ideas that we wanted to do,” Cahill recalls.

“At that F* show, thousands of people came and we saw so many people we had never seen before come out. We saw there was an audience to tap into. We thought, we have every person we need in our immediate group of friends to do this, so let’s get started.”

The guys started buying tools and supplies on Craigslist with money they had saved up. The inspiration behind their logo came from the early to mid 20th-century machinery logos on equipment they bought from local craftsmen through the online site.

Madeline Hoyle, another CIA grad, found herself in a similar position when starting her own company Blicksbags, a line of waterproof and versatile travel bags and accessories targeting cyclists, after her undergrad days were barely over. “I wanted to have a product and a brand I could call my own, something that I could take pride in my craftsmanship with and explore the limits of my own creativity given such limited resources.”

“I graduated totally broke,” she admits. “The first summer out of school I managed to sell a few bags to pay rent, and from there it has waxed and waned from myself being totally overwhelmed with bag orders, to being a more manageable project that complements my freelance design career.”

Case Western Reserve University recently recognized the importance of keeping its college graduates in the area and made a commitment by establishing Launchpad, a program backed by Blackstone and the Charitable Foundation in New York, as well as the Burton D. Morgan Foundation. The program, which was announced in November, will give students at CWRU, Baldwin-Wallace College, Kent State University, and Lorain County Community College the guidance and monetary assistance necessary to start a business while they’re still in college.

While it may have been nice for these recent graduates to have had an opportunity such as Launchpad to bolster their entrepreneurial endeavors, both Blicksbags and 2nd Shift have been successful for the Cleveland designers.

“I think for an entrepreneur to be proud of their work is the most important thing of all,” says Hoyle. “There is the assumption that if you’re serious about making a successful business that it has to be your sole focus. If you’re a designer who enjoys crafting, or a crafter who enjoys designing, who says you can’t do both? Or for that matter any combination of career paths.”

The future holds many opportunities for Cleveland natives and transplants alike. With new challenges, opportunity, and economic tides, sometimes establishing a start-up in our city is as easy as being at the right place at the right time. Yet it’s impossible to keep everyone from moving away. “Some of our members are in other cities right now, but we’re working that into our deal. They’re working on our PR, and getting us mentioned in online blogs and print magazines. We talk to them via the internet and send them sketches, so they’re still a very big part of the company,” says Cahill of 2nd Shift’s remote members.

No matter where your undergraduate degree may take you, just remember that there is always a job opportunity waiting to be made in Cleveland.