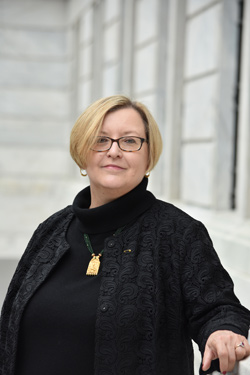 Before interviewing any candidates or even posting a job description, Case Western Reserve University is asking its staff, students and administrators for their vision of the future of CWRU and the qualities they want in a new president. An advisory committee of 23 members, ranging from students to staff to administrators from across the different branches of CWRU, has been put together to collect the campus’s opinions.

Elizabeth Bolman is Chair of the Art History Department and co-chair of the advisory committee, which is separate from the search committee.

She explained, “This advisory committee is something I have not heard of before, but I think it is a really creative way to engage the entire university community.”

She went on to explain that while a search committee starts with finding and interviewing candidates, the advisory committee takes a step back and brings in the voices of the larger community.

“We are going to have to find the right person for the university and that is a difficult job,” Bolman said. “We cannot do that unless we have a deep understanding of the university.”

To gather this deep understanding from people across the university, the advisory committee has arranged 23 meetings, according to Bolman, with different groups around campus, ranging from meetings with the dental school to the undergraduate students to open meetings for anyone to attend.

However, at the end of the day, Bolman emphasized that: “We are only going to be as successful as the larger community lets us be.”

For Bolman, the most successful meeting so far occurred on Feb. 24 in the Tinkham Veale University Center Ballroom, where people from across the university met to discuss their hopes and goals for the future president.

Madabhushi expressed this goal at the opening of the campus-wide meeting, saying: “Our goal is to get your input because more input means a more informed report, which equals a more informed job description, which will hopefully equal the president that you want.”

One of the focuses of this meeting was determining what makes CWRU distinct and how to preserve this distinctness. Two major themes emerged from this discussion.

The first distinctive strength of CWRU is the interdisciplinary research that occurs between faculty and students across departments and schools. Going even further than interdisciplinary, many people at the meeting pointed out CWRU’s unique placement in University Circle. Research has been able to extend not only across campus, but also to institutions such as the Cleveland Museum of Art (CMA), the Cleveland Institute of Art (CIA) and Cleveland Institute of Music (CIM).

Bolman herself provides a great example of this strength unique to CWRU. Currently, Bolman is working on a research project between the physics department and the art history department. The idea started at the graduate level between a physics student and an art history student, with the basic idea being to use an optical profilometer, a noninvasive scanning of topography, to identify paint strokes of different artists.

The two departments have taken the idea and put it into action. They enlisted the help of CIA students to paint samples that would eventually run through the optical profilometer. With preliminary results that show promise, this research project exemplifies interdisciplinary success.

Bolman could not contain her passion for the project, saying: “My partners in physics are amazing people. When you work on a project with people collaboratively, it is very important that you don’t have people dominated by ego, but people who really want to explore the ideas.”

This idea of collaboration was the second big focus of the meeting. Students and staff really valued that CWRU is a community where collaboration is valued over competition. They wanted this value to also be instilled in any person taking on the role of president.

The other theme the discussion turned to was the need for the next president to have fiscal abilities. In the wake of President Snyder raising more than a billion dollars for the university, it was important to many staff members to have a “super-duper fundraiser,” as one man put it. While the staff wants more pay and more research infrastructure, many students, as indicated by the last tuition townhall, are calling for tuition to stop rising. The new president must be able to handle these seemingly conflicting fiscal needs.

For Bolman, this meeting was the most productive one so far.

As she put it the next day, “The only way I would have improved on yesterday would be to have more people there.”

With only 14 people in attendance—8 staff, 2 students and 4 administrators—there were plenty of open seats in the ballroom. While this gave a chance for every person at the meeting to speak up, there were still many voices throughout the campus left unheard.

Bolman ended the Monday meeting saying, “I hope that as the word gets out that we are really serious and genuine about this, that more people will want to attend the meetings.”

Marin Exler, USG President and undergraduate representative on the advisory committee, had similar feelings in regards to undergraduate participation. As someone deeply involved in this process, she sees the need for more input from students on decisions that will directly affect them.

She explained, “I’m not sure if everyone always sees how directly the president interfaces with the student experience, but the decisions the president makes often has a direct impact on students, so I try to make that [known by] everyone.”

For Exler, an ideal president would continue to value the ethical leadership that President Snyder has exemplified. This means: “Evaluating our environmental impact as a university, how we are interacting and supporting the Cleveland community and how we make sure students from all socio-economic levels are empowered and can thrive within the CWRU community.” 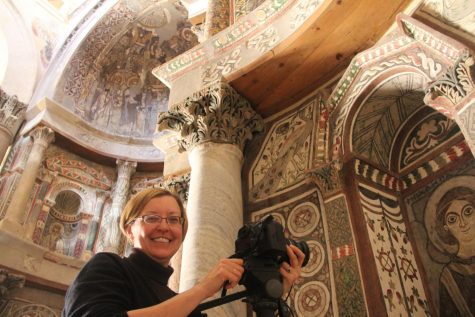 However, it is important to Exler that her vision and opinion as an undergraduate student is not the only one represented. The future meetings will be released via email to all of the CWRU community. Additionally, an online survey will arrive in people’s inboxes in the upcoming weeks so that anyone who cannot attend a meeting still has a place to share their thoughts.

In the end, as Bolman put it, the advisory committee is looking for “someone who can take us into the next chapter of this university’s history,” and they need everyone’s help to ensure that they find the right person for the unique community that is CWRU.