“The Program:” shaping leadership at CWRU 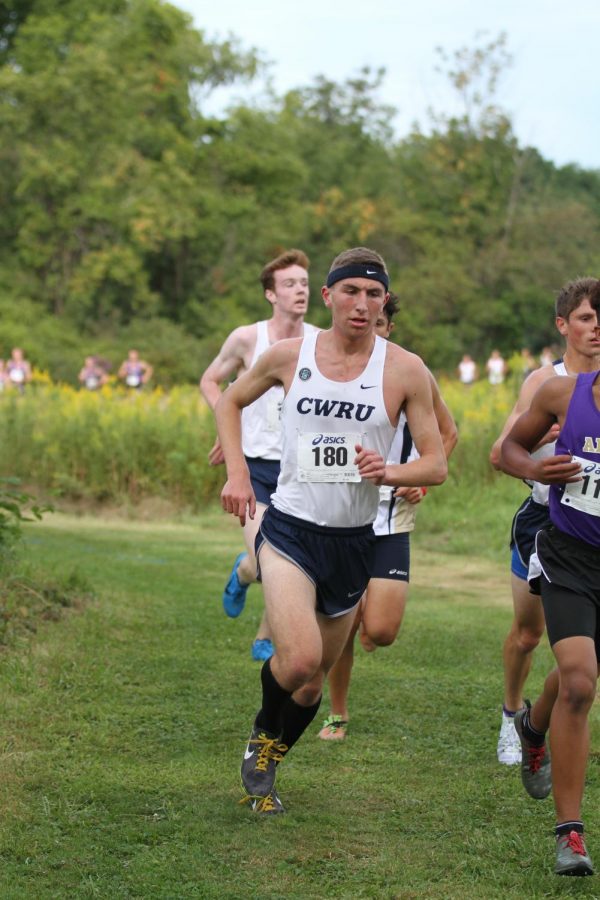 Ben Resnick is a third-year men’s cross country runner. He was selected by the Department of Athletics to participate in The Program.

Back in the fall, my coach asked me if I would partake in a leadership program headed by the Case Western Reserve University Department of Athletics called, “The Program.” I did not have a great idea of what I was getting into, but I became committed and began attending the sessions twice a semester.

The Program had four sessions over the course of the academic year, which were meant to develop and foster leadership abilities among leaders on CWRU sports teams. The group consisted of predominantly third-year and fourth-year athletes. In the sessions, we listened to different invigorating speakers and then worked on activities which helped us learn new skills, promote growth mentality and share ideas.

The goal of The Program is to develop confident, actively engaged leaders, while producing a culture of accountability to support and to hone communication, problem solving, conflict management and resolution skills. At the conclusion of The Program, all attendees were able to take a step back and reflect on their individual leadership skills, their team’s leadership structure and if there were areas for improvement in either.

The speakers which the department brought in were Caroline Zadina of DePauw University’s women’s soccer, Kim Heinen of Heinen’s and PricewaterhouseCoopers, CWRU Athletic Director Amy Backus and Aaron Grossman of Talentlaunch Alliance Solutions Group. Each speaker, themselves former athletes, had a different message for the group.

This was the second year the program has run its course at CWRU, and it has been extremely successful. Head wrestling coach Danny Song has created and run The Program since its conception.

“In the last two years, we’ve had elite presenters come in to work with our student athletes,” Song said in an interview with the Department of Athletics. “Executives from Goodyear Tire, Heinen’s, PricewaterhouseCoopers and Talent Launch as well as educators from DePauw, Gonzaga [University] and CWRU have donated their time and expertise. There is no doubt we have a resource in place that is directly, and indirectly, meeting all six of the core values within the [Department of Student Affairs’] Strategic Plan.”

Personally, as a participant of The Program, I feel like I was able to take away messages from each session which will improve my leadership abilities and should lead to more success for my team. I am incredibly grateful that the Department of Athletics spends time and energy investing in the leaders on their teams. I am confident that the CWRU sports teams benefitted from this, and will perform better from these kinds of programs.