The programs may be less visible, but UPB is still here 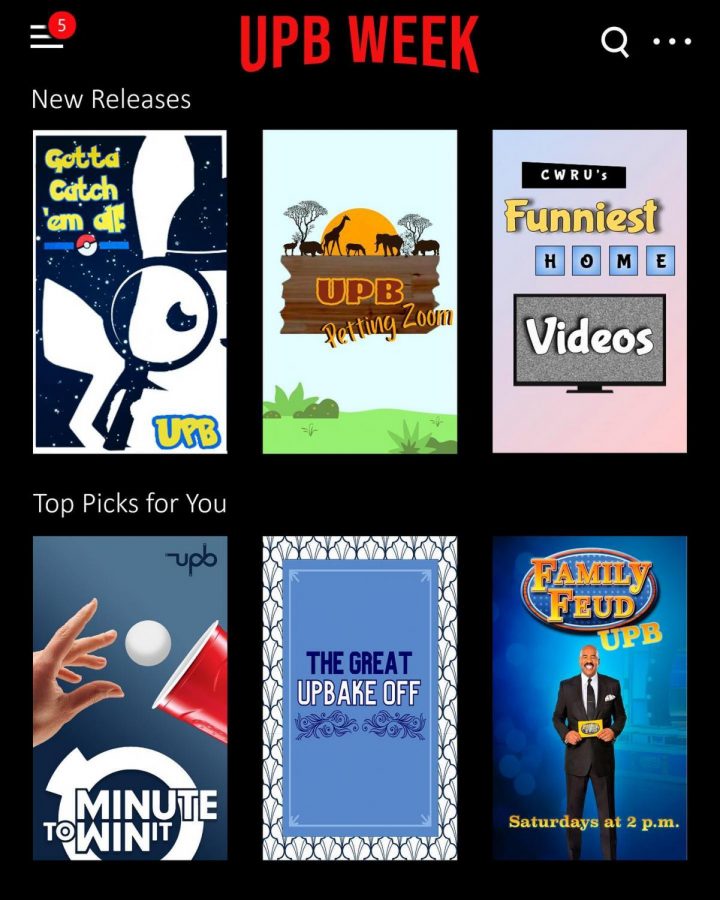 UPB Week, a weeklong series of events which ran from March 8-13, was the latest instance of student activities persevering through COVID.

For many clubs on campus, the defining question for the past year has been how to properly transition campus life to a time when in-person interactions are not allowed? There have been many virtual attempts at socializing, but the general consensus has been that digital events are just not as compelling as in-person events were. Of the many online activities I’ve attended, far too many just boil down to a glorified Zoom room resembling the academic life students wish to escape when indulging in club activities. It’s no surprise, then, that attendance for events is at an all-time low, even with the reduced amount of ongoing events. Rather, most clubs have transitioned into a different role, providing a social aspect for their club members specifically, rather than hosting events for the campus at large. This is the right pivot during these times, and umbrella organizations like the Undergraduate Student Government (USG) are helping to facilitate these changes by funding more retreat-like events.

However, when your entire organization is based on the idea of hosting programs, the struggles that clubs have undergone this past year remain all the more existential. The University Program Board (UPB) has made its mark on Case Western Reserve University over the years by organizing some of the largest events this campus has seen, in addition to consistently hosting smaller gatherings. All of this is done in an effort to enliven and unite CWRU’s notoriously disengaged campus. UPB is best known for their large concerts and shows with big name comedians like Hasan Minhaj in the spring of 2018, or musicians like Rich the Kid in February 2020, the latter of which attracted more than 1000 attendees.

In comparison, UPB’s latest endeavours have been a bit more modest––a necessity in a pandemic––but that’s not necessarily a bad thing.

“There are obviously a lot of difficulties if we were to do things we traditionally do, like concerts or hosting a spring comedian,” fourth-year electrical engineering student and current president of UPB Jason “JC” Lou remarked. “What we did is shift more towards virtual events, but also effective virtual events. We all have been to way too many events where it’s just a trivia question in a Zoom meeting. I’m tired of that. Even if we have giveaways, it isn’t necessarily going to attract people. What we’re trying to do is be a bit more creative than that.”

One such change has been to the traditional spring comedian that UPB hosts every year. Rather than bringing one large comedian to campus for a performance, this year UPB is hosting a series of up-and-coming comedians, kicking off with Ben Zabin this past Tuesday, March 16.

“We know that with the nature of Zoom, people have different time zones and different commitments so we’re not going to get that many people at one time. By having a series of events, we’re hoping to address people’s schedules, as well as our international students and those in other time zones, so they can go to the comedian that best works for them,” Lou said. “They’re not as big-name but they’re still really funny.”

With concerts, on the other hand, UPB knows that opportunities for live music performances are limited and might not be a great fit for CWRU right now. Instead, they are giving away tickets for virtual concerts that are already occurring, such as a BTS concert that happened in October.

“This allows students to select the artists they are interested in. By ranging music styles and demographics, we hope the events become more accessible and also inspire students to go to them––even if they can’t come to on-campus programming,” Lou stated.

Organizing concerts and bringing in comedians is not all that UPB does, however. Throughout the year, they have regularly scheduled events to supplement campus life, whether it be through Zoom Zuesdays, the digital analogue of the old Thwing Tuesdays, movie nights or digital cooking classes.

The latest, and perhaps most impressive, of their recent digital events was UPB Week, a weeklong series of events which ran from March 8-13. In its second annual occurrence, the event is quite different from the previous execution, but of course the world has changed significantly since then. Last year, the goal for UPB Week was to offer students a range of options, from karaoke to bingo, to help them chill out right before spring break. The event was a hit, with attendance ranging between 100 to 200 students per event.

This year, the same inspiration remained, but under a more uniform theme and, of course, in a digital setting. Matching the new format, all events were TV show themed, with one event parodying “Pokémon” while another provided a take on “Family Feud.” Over six nights, the activities ranged from an online scavenger hunt, to a virtual zoo visit, to viewing and voting on funny videos that CWRU students submitted. While attendance was lower than an in-person event would’ve been, it was still successful by the standards of a digital event, with several of the individual activities selling out.

“If everything was normal, we would have spring break during this week. So the idea was that––‘Hey, we can’t go on spring break. Let’s just chill and relax a bit through our events,’” Lou said.

In the end, the event ended up being a remarkably creative series, pushing what is possible on digital platforms and providing actual engaging activities for students to participate in. Of course, none of this is easy. Planning for the event started in November of 2020 and had the entire UPB panel contributing, as they kept an ear to the ground for what students wanted.

“The most important thing that we learned is how important student feedback is. We put together feedback surveys every single month and we invite students across campus to fill it out, telling us if they knew about events we were hosting or if they thought the event was fun. With them, we can find out what students are interested in and what platforms are best for promotion,” Lou said.

“Really we’ve learned to be more flexible and dynamic. Even if events are on Zoom or online platforms, if we can make them interesting for students, they’ll show up.”