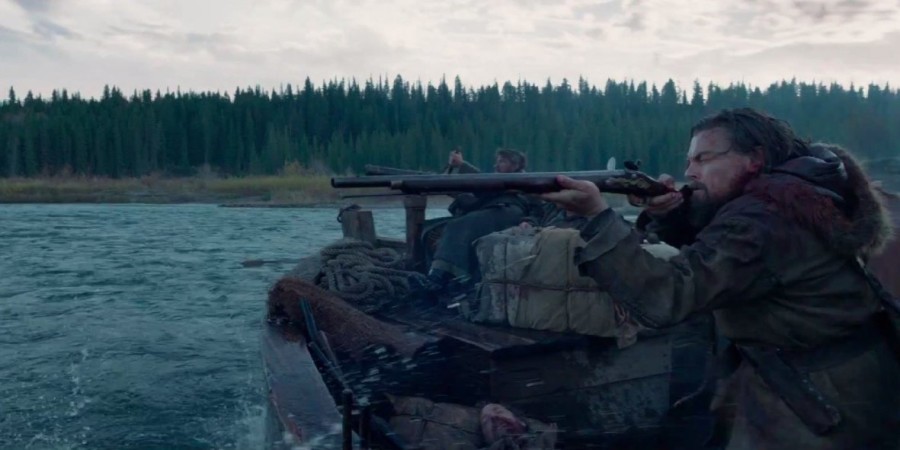 In "The Revenant," Hugh Glass (Leonardo Dicaprio) fights to survive after being mauled by a grizzly bear.

Following the release of his Oscar-winning film “Birdman or (The Unexpected Virtue of Ignorance)” last year, fans eagerly awaited Alejandro Gonzalez Iñárritu’s next film “The Revenant,” and thankfully, the wait was definitely worth it. Not only that, but also the continuing brilliance of Leonardo DiCaprio and his equally anticipated performance was also on the line.  Fortunately, both parts were worth the price of admission alone.

The film is based, in part, on a novel of the same name by Michael Punke, which follows a tale of extraordinary survival undertaken by fur trapper and frontiersman Hugh Glass (Leonardo DiCaprio).  During a fur trapping expedition in 1822, Glass and other fellow trappers and soldiers led by Captain Andrew Henry (Domhnall Gleason) come into conflict with Arikara Indians, who believed that the trappers had taken one of their own. This transpires in a breathtaking, beautifully shot beginning that will leave all viewers exhilarated and quickly pulled in.

Following the attack, Glass and the survivors attempt to make it back to their fort, but during the trek, a grizzly bear mauls Glass. This is quite honestly such a terrifying and exasperating sequence that I feel the bear deserves an Oscar for best supporting actor.

From there, two trappers, a young Jim Bridger (Will Poulter), John Fitzgerald (Tom Hardy), and Glass’s son, Hawk (Forrest Goodluck) must stay with the gravely wounded Glass until death or recuperation.  However, out of boredom and fear for his life, Fitzgerald decides to leave Glass behind, forcing Bridger to come along and killing Glass’s son in a struggle.  Following this, Glass recovers and decides to eliminate Fitzgerald by any means necessary.

From the start, a viewer will immediately see and note the accomplished and wondrous cinematography of Oscar-winning Emmanuel Lubezki, who also compliments his gorgeous images with the unconventional tactic of filming in natural lighting.  On top of this, the impeccable direction of Iñárritu is something to truly study over in wonderment and excitement.  Leonardo DiCaprio is daring in his method performance of a man on the verge of death but completely in his element.  Not to be overshadowed, Tom Hardy does a fine job as a slimy and shadowy liar, who does his best to escape judgment and truth.

The whole film seems and looks incredibly harrowing and intense, but in a good way.  The musical score also fits the harsh hopelessness of the American frontier that Glass must fight against.

A negative that grates on the film is that the pacing in the middle of the plot does lag for a while as Glass begins to see various hallucinations and imagery of his past and present, to mixed effect.

Overall, the film is buoyed by an immensely impressive performance, stunning cinematography, a fitting score, and powerful direction that manage to overcome some of the lagging pace and odd imagery at times.  This is definitely worth a watch, if not multiple viewings.