The rise of Lil Nas X and the importance of “MONTERO” 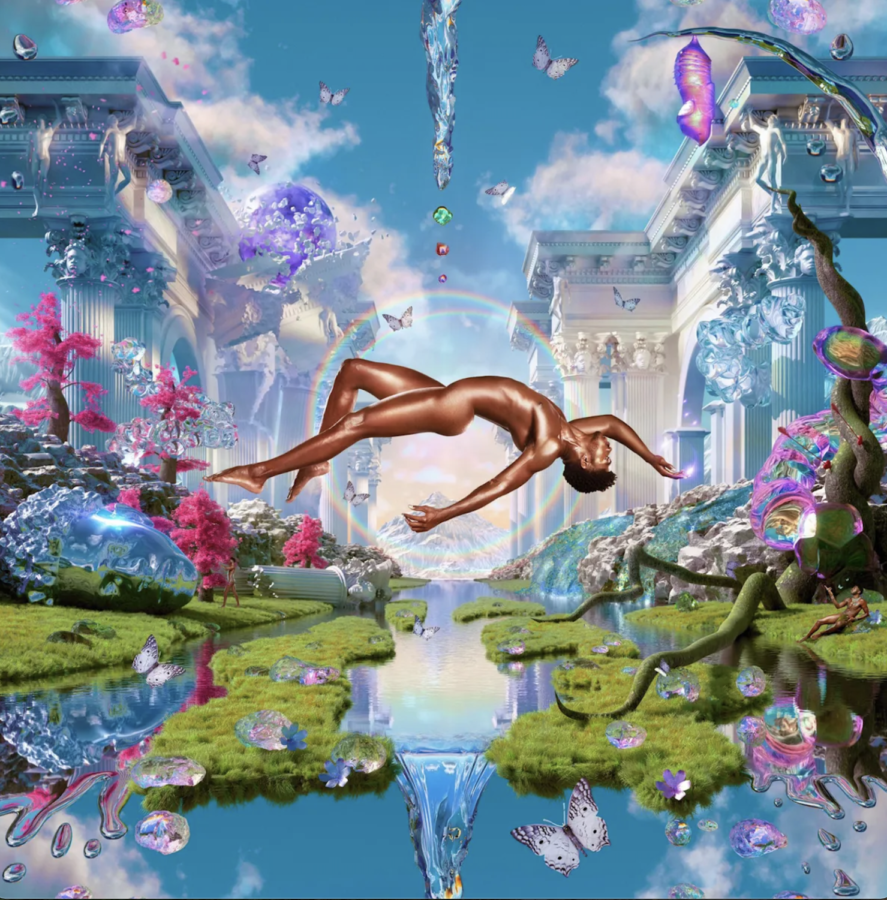 The long-awaited debut album by Lil Nas X is here, and it is fantastic. “MONTERO” came out at midnight on Sept. 17, and I had finished listening to it by 12:42 a.m. Featuring a star-studded list of guest performers, including Miley Cyrus, Megan Thee Stallion, Doja Cat and even Elton John on the piano, it is a very impressive debut album by a musician who has already made waves on Twitter and in the music industry.

After releasing several singles, including “MONTERO (Call Me By Your Name),” “SUN GOES DOWN” and “INDUSTRY BABY,” the last of which featuring Jack Harlow, Lil Nas X has gifted his fans with an entire album that is worthy to be listened to from start to finish. I don’t want to review this album as much as I want to talk about the artist and the creation of “MONTERO.” After forcing my love of boomer music on you for the past year, I know I have no right to critique a contemporary album. However, being a big fan of Lil Nas X, his messages and what he stands for and means to so many people, it still feels necessary to comment on his work.

Lil Nas X first gained fame from his debut song “Old Town Road,” released originally in December 2018 independently and then re-released by Columbia Records in March 2019, peaking in sales charts worldwide and earning him MTV’s Song of the Year. After being known for his cowboy aesthetic for almost two years, he released the single “Holiday” in time for the holidays in 2020. But it wasn’t until his controversial release of “MONTERO (Call Me By Your Name)” came out that Lil Nas X found himself in the center of the public eye again.

After facing backlash for the release of his “Satan Shoes” in an unofficial collaboration with Nike during March of this year, he received a lawsuit from the athletic apparel company. A few months after this, he announced he was possibly going to jail following the controversial shoe. That day, he released a video of him dressed up pretending to be in a courtroom, playing multiple characters in the video. This was, of course, all a publicity stunt to get fans even more excited about his future single, “INDUSTRY BABY.” Taking it a step further, soon after the courtroom video was released, skater Tony Hawk announced he would be releasing a limited collection of skateboards painted with paint that had a small amount of his blood infused. Most people loved this idea, but with the lack of ensuing backlash, Lil Nas X pointed out the hypocrisy of the whole situation. Again, this was another piece of marketing genius by the artist, as a video was released soon after, featuring the two of them skating together.

The former Taco Bell chef-turned-songwriter released the more melancholic single “SUN GOES DOWN” on May 21—a 180-degree turn from “Call Me By Your Name” with its sensual lap dances given to Satan after sliding down to Hell on a stripper pole—along with its music video on the same day. Soon after this, he released the music video for the last single from his debut album, “INDUSTRY BABY,” which features Lil Nas X and Jack Harlow as prison inmates. Again, playing with the theme of aggressive sexuality, he delivered another powerful performance, and it was just as terrific. All of this hype was amplified by a performance on Saturday Night Live in late May, where he performed “Call Me By Your Name” and “SUN GOES DOWN,” all while surviving a dancing-related wardrobe malfunction.

Coming full circle, this brings us back to the recent release of “MONTERO.” As I mentioned, I don’t want to review it, but I recommend listening to the whole thing. Some of my favorite tracks include “THAT’S WHAT I WANT,” “TALES OF DOMINICA” and “LIFE AFTER SALEM.” The album requires listeners to also watch the music videos that go along with them, as they tell a story of 21st-century love and frustration experienced by a lot of people, but not having been a public topic of discussion until recently. That gets me to my last point, his role as an icon for LGBTQ+ youth and adults.

Lil Nas X is not the first openly gay musician, however something he can take credit for is singing about gay relationships in a way that hasn’t been done on such a mainstream level before. There have been albums released that have spoken on LGBTQ+ themes, including “Born This Way” by Lady Gaga and “The Age of Consent” by Bronski Beat, to name just a couple. However, most sexually explicit songs (at least the commercially successful ones) have been about straight couples, and Lil Nas X turns this trope on its head, bringing gay relationships, including sex, into the public eye. He sings of the longing, hoping, praying and heartbreak he has experienced through the perspective as an LGBTQ+ individual. He mixes familiar themes of unsuccessful relationships with tales of one-night fantasies, along with those centered around seeking long-term relationships with someone who will make him happy when he is older.

Through his unassuming rise as a country artist-turned-gay icon, Lil Nas X has proven himself to be something a lot of people needed—a beacon to look to and be proud of. He has made a traditionally silenced topic break into mainstream media. Without even realizing it, a lot of people who may be opposed to his orientation have already spent time listening to his music. Through his transformation, he was able to go from being a star in a genre that isn’t usually sexually diverse to creating fans among a much wider range of individuals. Maybe some of his earlier fans will follow him along for the ride and accept that his work is still fantastic, his marketing strategies are still genius and his layers of persona are getting even more intriguing. Hopefully, more people will listen to his music and realize what it must be to grow up an outcast.