The sci-fi sleeper hit of this summer 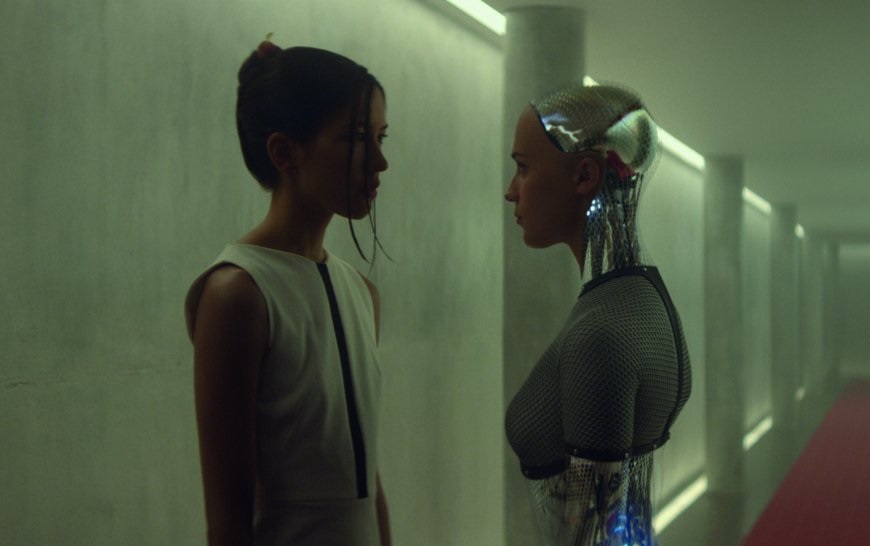 "Ex Machina" revisits the Turing Test to explore the differences between human and robot.

It’s not often that I see science fiction represented well on film.

Often, the need to exemplify advanced technological achievements or extraterrestrial invaders overshadow the philosophical thoughts the genre could provoke.

Alex Garland, screenwriter for the stimulating “28 Days Later,” “Sunshine” and “Never Let Me Go” is no stranger to tackling abstract metaphysics on the major screen. In his directorial debut, “Ex Machina,” Garland seeks to introduce the “terrifyingly simple” idea of artificial intelligence capable of demonstrating extreme physical achievement as well as a convincingly human self-identity.

The film stars Caleb Smith (Domhnall Gleeson), a computer programmer who wins a competition set up by his company to visit its CEO, Nathan Bateman (Oscar Isaac), in his remote compound. Through what may be considered an altered Turing Test, Caleb is tasked to determine if Ava (Alicia Vikander), Nathan’s latest mechanical creation, is capable of passing as human.

Ava, demonstrating a ballerina’s grace complimentary to a hypnotizing, semi-transparent female anatomy, piques Caleb’s interests, and the two subsequently get to know each other through a series of interviews overlooked by Nathan. Every now and then, however, random power outages during their meetings start to disrupt the Nathan’s surveillance, and it is in these moments where Caleb discovers through Ava that something quite more sinister is going on behind closed doors.

To put it succinctly, the film is provocative, manipulative and mentally stimulating. Eerily haunting and cleverly constructed, “Ex Machina” surprised me with its dominating tension and well thought-out meta-game. The combination of questionable ethics carried out by logical characters was continually trumped by red herrings, which sought to keep me guessing on what exactly to expect next. Accolades should be bestowed upon Oscar Isaac, who excellently portrays the eccentric troubled genius who burdens by his brilliance through excessive alcoholism. His initial scenes with Ava and Caleb set the darkened theme of human identity for the rest of the film, and his actions increasingly represent a growing madness, which serves as a reasonable catalyst for many crucial points in the film.

Those familiar with Steven Spielberg’s “A.I. Artificial Intelligence,” Ridley Scott’s “Blade Runner” or the more recently released Jonathan Glazer’s “Under the Skin” are encouraged to seek out Alex Garland’s “Ex Machina”; fans of Mamoru Oshii’s “Ghost in the Shell” should also give “Ex Machina” a chance.