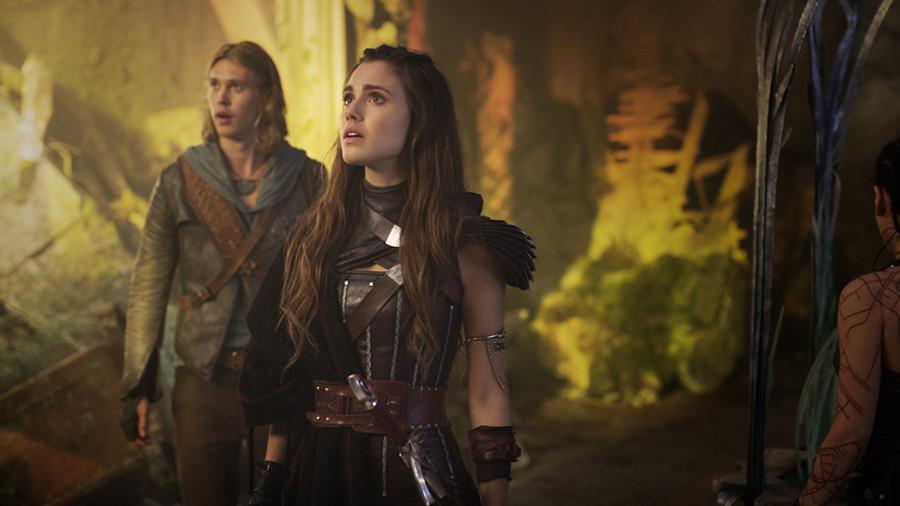 “The Shannara Chronicles” was quickly becoming a display of MTV’s ability to make a show that doesn’t revolve entirely around teen drama. The blend of fantasy and dystopian elements coupled with the visuals and plot really elevated it among the network’s other shows. Each episode kept building off each other, making the world seem more intricate. The season finale however, failed to reach the standards of the rest of the episodes, making it a huge disappointment.

In this episode, there was no world building or added fantasy elements, aspects that had been added to each episode up until this point. This left the finale extremely anticlimactic and done too quickly. Much of the episode centered around the unnecessary love triangle and a battle that was far from epic. The love triangle reached a new low I didn’t know was possible. Within fifteen minutes Will (Austin Butler) went from kissing Eretria (Ivana Baquero) who sacrificed herself to the trolls to save the others to having sex with Amberle (Poppy Drayton) in a cave while being surrounded by the demon army, which was definitely smaller than previous episodes made it seem.

This leads us to the battle. The battle was the most anticlimactic aspect of the finale. The visuals and CGI were not as good as the other episodes. Up close, the demons did not look remotely scary, but comical due to the costumes fake appearance. It was short-lived with little bloodshed and not nearly as epic as it could have been. The motivational speeches made by Allanon (Manu Bennett) and King Ander (Aaron Jakubenko) were more epic than the battle itself. Allanon killed The Dagda Mor (Jed Brophy) in one clean sweep, which in the fashion of “The Lord of the Rings”, wiped out the entire demon army. At the same time, Amberle became the Ellcrys to protect the kingdom which isn’t nearly as interesting as it sounds.

In all honesty, the finale wrapped everything up too nicely; so nicely that a second season isn’t entirely necessary. A second season could be possible though with the reveal that Bandon (Marcus Vanco) is now the new evil druid, a surprise to no one, and Eretria was not killed by the trolls and has met someone she knows. MTV had the opportunity to make a really grand finale, but instead it just made me less inclined to watch the next season, if there is another season.