“The Shape of Water” deserves its Oscar nominations 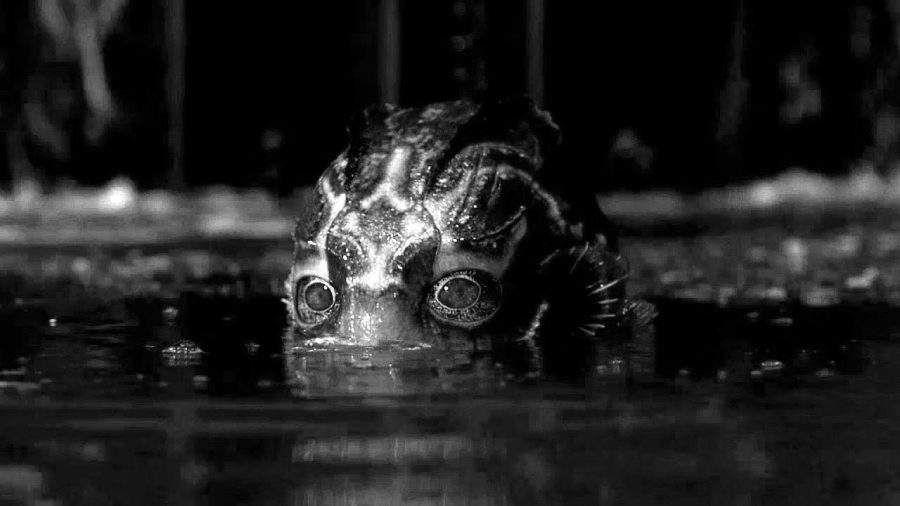 Drifting between genres, "The Shape of Water" is a weird but good film that is taking awards season by storm.

On Jan. 24, the Academy of Motion Picture Arts and Sciences announced nominations for the Academy Awards, and Guillermo del Toro’s “The Shape of Water” continued its streak of success, walking away with 13 nominations in categories ranging from Best Picture to Sound Editing.

The film itself spans different genres, focusing on a mute woman (Sally Hawkins) living in Baltimore who meets a sentient creature (Doug Jones) imprisoned at the government facility where she works. Set at the height of the Cold War, it’s historical fiction, but at the same time, it’s also fantasy and suspense.

The story itself isn’t innately original. Elements of it can be seen across the fantasy and horror genres. The Amphibian Man visually resembles the titular monster from “The Creature from the Black Lagoon;” so many movies feature shadowy government facilities making questionable decisions to beat the Russians. “The Shape of Water” manages to be genuine and fresh because of the way these different plot elements are presented to the audience; even when it seems predictable, it manages to keep viewers watching.

The film’s vibe is created using both the music and its look. The score of the movie has already won a Golden Globe, and watching the film, it’s completely understandable why. Although it may not have the same dramatic motifs of Hans Zimmer, Alexandre Desplat’s score alternatingly creates the atmosphere and enhances it. Visually, the film is a masterpiece. Soaked in shades of blue and green, the lighting, costuming and production design give the film a consistently magical feeling despite the dark and sometime cruelly mundane events.

“The Shape of Water” also works so well because of its performances. Hawkins skillfully embodies Elisa Esposito, and manages to convey her emotions, motives and actions through a combination of body and sign language. Her performance was supported by those of Octavia Spencer, who plays Elisa’s friend from work, and Michael Shannon, who cut an intimidating figure as the film’s main antagonist. The main characters were all fleshed out; by the end, none were one-dimensional.

“The Shape of Water” is definitely strange at times; over the past few months since its release, it’s become notorious for its interspecies romance and love scenes. But somehow, despite the innately weird nature of the romance, a combination of stellar performances by Hawkins and Jones as well as the score, editing and general presentation draws in viewers, making the progression of the relationship seem naturalーand if not normal, then expected.

The film’s true power was in its message and its themes. It dealt with disability, racism and the general stigma of otherness carefully but truthfully. These aspects were not haphazardly shoved into the movie for the sake of it, but rather woven into the plot.

At the heart of it, “The Shape of Water” is del Toro’s brainchild; he wrote, directed and produced the film, and the amount of effort put into it can be seen in almost every scene. In the end, despite its strange moments, the movie is sure to become a classic一not only because of its message, but also the hauntingly beautiful way it is delivered.

Film: “The Shape of Water”