The Short. Sweet. Film Fest. is back 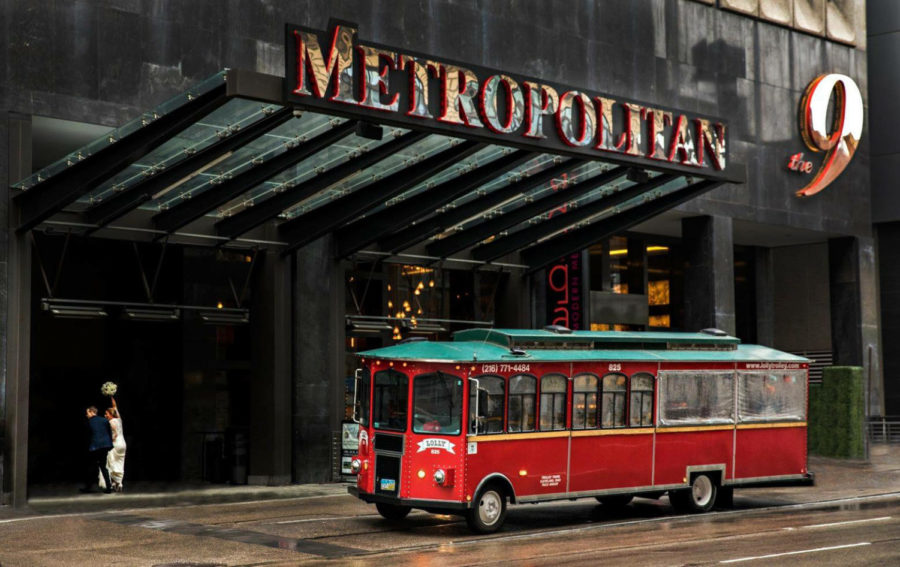 Courtesy of The Metropolitan at the 9

The Alex Theater, located in downtown Cleveland, will be showcasing 150 short films in the annual Short. Sweet. Film Festival from Feb. 23-27

Short films are an art form that is often overlooked in today’s society. Whether we entertain ourselves with an unengaging Netflix show or go to an overcrowded movie theater, we often take for granted the time, effort, money and craftsmanship that goes into filmmaking.

But never fear, the beauty and art of filmmaking will once again be revived as the Short. Sweet. Film Fest. returns for its 11th year. Located within the Metropolitan at the 9 hotel, the Alex Theater hosts this celebration of local, national and international talent from Feb. 23-27. For us festival first-timers, the festival’s founder and executive director Micheal Suglio summarizes the event: “It’s a pretty sweet festival to experience shorts from northeast Ohio to around the world.” Suglio touches on the importance of the festival to the local and widespread community of short filmmakers and how valuable the event is to up-and-coming artists. “It is a great networking opportunity. I can’t stress that enough. As with any film festival, that is one of the main reasons why people enter films is not only to show on a bigger screen and get immediate audience reactions…but meeting peers, other people who are maybe further in their careers than you—or not—and then ultimately getting more jobs or more projects based off of that,” Suglio said.

The festival also provides filmmakers the perfect opportunity to put their hard work on display. Suglio says his favorite part is “watching the filmmakers get to finally see their films on the big screen in front of a live audience and see that reaction of a sense of accomplishment. People don’t realize until you start making a film just how long it takes.” What is better than witnessing the joy that your hours of hard work can bring? He compares this feeling of excitement, accomplishment and relief to that of how we all feel when we’ve made it to the end of a grueling semester and receive our hopefully amazing final exam grades.

Fueled by Suglio’s love for short films, the festival has evolved from a Saturday afternoon at Market Garden Brewery to a five-day long event held at a professional venue in the center of Cleveland that attracts attendees from all over the country. “This year we got 550 submissions,” Suglio recalls. “I viewed them all between the months of October and November/December. Any free time and I would be trying to get through them. That has narrowed down to a little over 150.” The rigorous selection process has created an extremely promising lineup for this year’s festival, with entries ranging from the Ohio area, to other parts of the country, to other parts of the world, including one entry from Germany. The five days feature three-hour long sections that each have a theme, ranging from “Animation and Comedy” to “Dog Park inside the Metropolitan at the 9 hotel” (films featuring animals in a positive light, hosted at a dog park!), allowing viewers to explore the many areas of film and allowing the artists to display their work amongst creators of similar interest areas.

Earning both his undergraduate and graduate degrees from Case Western Reserve University, Suglio expresses how the theater department—as well as all areas of study at CWRU—ignited his love of short films. “They did a great job at showing me the power of storytelling,” he explains. It was also because of his own experience creating short films that he came together with other CWRU students to create the festival. While an undergraduate student, Sulgio would make movies but would then struggle to know what to do with them or where to display his work. Suglio explains that in the days before the festival, “YouTube and streaming [was]…not how it is now. That is why I created the festival … mainly for the local filmmakers to be able to showcase their work because I was struggling with that and I just wanted to share my films with other people.” At the end of the day, that is what films are all about: sharing and spreading creativity.

For us students, the festival is the perfect opportunity to take a short trip off campus. “It is just something fun to do. I want to go back to the networking and jobs aspect. That is so important. When you graduate you want to have as many possibilities as possible so you want to know as many people as possible so festivals are such a good opportunity to meet people,” Suglio explains. So far, it sounds like the festival brings students nothing but great opportunities and quality, thought-provoking entertainment!

The festival is extremely accessible for all CWRU students. Tickets for a three-hour installment range from $25-35 and include about 15 films showcasing 15 different stories, styles and messages. A couple online alternatives are also available. For example, a ticket can be purchased that allows for 30 days of access to upwards of 150 films. Suglio also explains that “if you don’t want to go in person at all, on Feb. 23 you can … register [and] have access to 150 films for free for the five days of the festival.”

The benefits of attending the Short. Sweet. Film Fest. are endless. Whether you go for the connections or to see some unique short films, it is sure to be an unforgettable experience. I for one can’t wait to attend the festival. Fundamentally, it allows filmmaking to fulfill its purpose: to be a celebration of hard work and creativity.