“The Suicide Squad” remembers that superhero movies can be fun 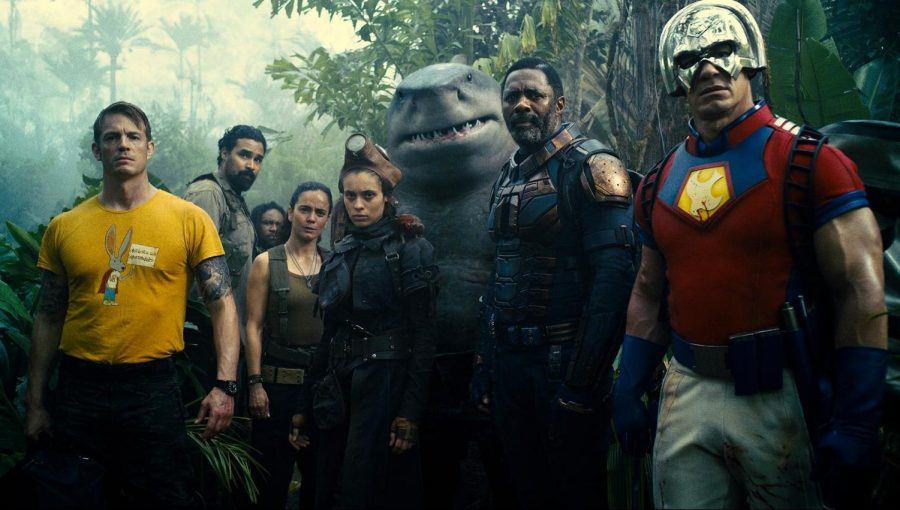 Have some fun with the new rendition of "The Suicide Squad," DC's team of C-list rogues.

“The Suicide Squad” starts off by killing one of the main characters from the last movie, along with most of the other characters introduced so far, within the first ten minutes of the film, all in hilarious fashion. That tells you what this movie is like and how it is going to treat its characters along with the baggage it carries as a sequel to a pretty terrible movie, the similarly titled “Suicide Squad” from 2016.

Technically a sequel but functionally more a quasi-reboot, the new film is the latest superhero adventure based on characters from DC Comics. Though films based on DC characters have been historically successful, such as 1978’s “Superman,” 1989’s “Batman” and 2008’s “The Dark Knight,” the company has struggled to find its footing in the last decade as its competitor, Marvel, has steamrolled the film industry. While Marvel films like “Avengers: Endgame” and the recent “Black Widow” have consistently grossed absurd amounts of revenue and found positive critical and fan reception, DC has been caught flat-footed. Since 2013’s “Man of Steel,” DC and its parent studio, Warner Bros, have incessantly been trying to create a profitable cinematic universe to compete with Marvel’s but their efforts have been met with far less acclaim. Though exceptions have arisen, namely 2017’s “Wonder Woman,” for the most part, DC’s films have been far less profitable or critically successful, mostly owing to their dour tone, mischaracterized heroes, bloated pacing, obnoxious action and ham-handed themes. The production of the previous “Suicide Squad” film in particular was plagued by studio interference, leading to a mess of a movie, full of tonal dissonance, by-the-numbers characters and a cringefest of an ending. Simultaneously attempting to be dark and gritty while also a bright colorful adventure, the 2016 film failed at both and ended up as a misguided mess.

Now, with the abject failure that is the DC Extended Universe fully realized by all involved, DC seems to be trying something new—creative freedom. Instead of being weighed down by continuity and interconnectedness, the new slate of DC films seem to be very much solitary and standalone adventures, spearheaded by Matt Reeves’ upcoming “The Batman”—which isn’t in the cinematic universe at all—and this year’s “The Suicide Squad”—which is unlike any DC film before it.

Directed by James Gunn, who previously directed the “Guardians of the Galaxy” films for Marvel, the new film takes advantage of its newfound freedom, delivering a slickly produced action-comedy enjoyable to all—though perhaps not for kids as it is, unlike most superhero films, rated R. Despite ditching all pretenses of being a sequel, it shares the same fun premise as its predecessor—the world is in danger and sometimes the U.S. government needs to hire some very maladjusted C-list supervillains to do its dirty work.

The supervillain team has existed in comic book form since the 1950s, though its modern iteration was brought to life during the late 1980s and early 1990s, under the helm of writer John Ostrander. There he introduced the basic setup of having the ruthless government agent Amanda Waller send her deputy Rick Flag to corral the villains into a group known as Task Force X as they perform secret high-fatality missions. Really it’s an absurd version of the “The Dirty Dozen,” amped up to comic book levels of fun, with characters dying left and right and a constant reintroduction of the status quo. Both movies owe much to Ostrander’s work, but the previous film forgot the fun that was appealing about the original team.

“The Suicide Squad,” on the other hand embraces the silliness of the original work completely, taking advantage of DC’s large arsenal of characters to find the most ridiculous characters possible and still humanizes them over the course of the film while putting them through various hijinxes. Examples include Idris Elba as the mercenary Bloodsport, John Cena as the jingoistic Peacemaker, David Dastmalchian as Polka-Dot Man (who has exactly the powers you think he does) and Sylvester Stallone as the outstanding King Shark, a human shark with many hilarious moments. Returning from the previous movie are Margot Robbie as Joker’s former girlfriend, Harley Quinn, Joel Kinnaman as the aforementioned Rick Flag and Viola Davis as the conniving Amanda Waller. Together the cast makes an entertaining ensemble, filled with delightful interactions and exciting action scenes that accentuate their personalities.

It all culminates in one of the most entertaining sets of action sequences in recent superhero film memory, ranging from a prison breakout filled with flowers and javelins, to a Western-style duel based on bullet sizes to a fight with a giant mind-controlling starfish. It all combines to create a cohesive and creative construction, unbridled by typical superhero tropes. In true comic book fashion, sometimes all you need is a good reboot to reinvigorate your line. Here’s hoping this one lasts.