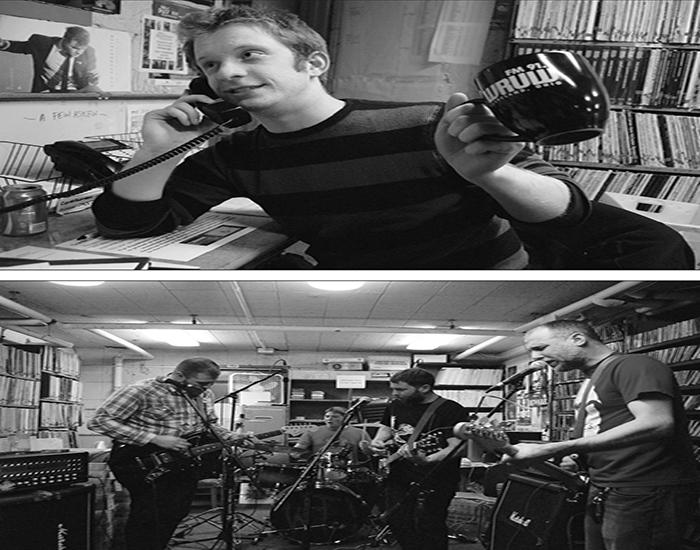 As the Cleveland snows morph into equally dreary Cleveland rains, the folks at WRUW, Case Western Reserve University’s own student-run radio station, are gearing up for yet another telethon. This yearly fundraising event allows the radio station to stay on the air and provide “more music, fewer hits.”

The annual telethon is a long-standing WRUW tradition, with the station’s entire staff participating. It began 26 years ago, in the station’s pre-1000 watt days, as a simple public appeal to supplement their meager funding. It has since become a way to gauge and interact with their listeners, and brings in roughly two-thirds of the station’s operating budget. Said telethon director Ron Cass, “It surprised us that people did give, and in a radio station, we don’t get a lot of feedback as to what our listenership is.”

Money donated during the event will go toward maintaining the studio’s equipment, among other things. “Imagine playing your stereo system 24 hours a day, 7 a week,” explained Cass. Some of the funds collected will go toward renovating the station’s phone equipment, which will vastly improve the quality of on-air call-ins.

WRUW is in the process of digitizing their enormous music collection, as they have run out of space in their subterranean headquarters and there is new music pouring in every week. “We’ve made a point of never really throwing anything out of our library,” says Cass. “It’s probably one of the largest music archives in Ohio. We get about 100 new CDs a week, and it costs money to digitize them.” Funds raised will be used to continue digitizing this massive collection, allowing programmers to select music using a server-based system.

This year’s telethon also coincides with the station’s 45th birthday on Feb. 26, its 36th annual Studio-A-Rama, and its increase to 15,000 watts of broadcasting power 10 years ago.

With a fundraising goal of $60,000, this is WRUW’s most ambitious drive yet, and takes place exclusively April 9-15. “We only ask once a year,” said Cass. “We have a real community relationship here, and we don’t want to interrupt our normal programming. It’s important to maintain the station and it’s also part of our service to our listening audience.”

Listeners are encouraged to donate during the week-long telethon with a variety of giveaways, or “premiums.” Prizes are extremely varied, ranging from T-shirts with a special 45th anniversary logo, to pint glasses for more potent beverages, to newly re-designed and radiantly bright “radio head” coffee tumblers. For a $40 donation, community members can receive a CD from WRUW’s massive collection; $50 donors will receive branded travel mugs. Listeners who donate $100 earn a “weekend pack” consisting of three unique shirts. The largest prize is a studio visit, in which listeners can be on-air with their favorite programmer for a 30-minute time slot. Programmers are also encouraged to offer special premiums during their own shows, including tickets to the Tri-city Jazz Festival and various gift certificates.

Donations to the telethon are accepted by phone and on the station’s website. All of the station’s volunteer programmers are required to man the phones throughout the week, so contributors may be pleasantly surprised, especially if their favorite programmer picks up. All donations are tax-deductible and go directly to the station. “All the money goes back to programming,” said Cass. “We don’t take it to pay salaries.”

WRUW is, according to Cass, unique in its focus on music and community, and will continue to be so throughout the year. According to the station’s website, “WRUW-FM is quirky, eclectic, and most importantly our knowledgeable programmers love the music they broadcast. With your help, we can make sure that we won’t slow down for years to come.”