The war in Iraq is over…if you want it 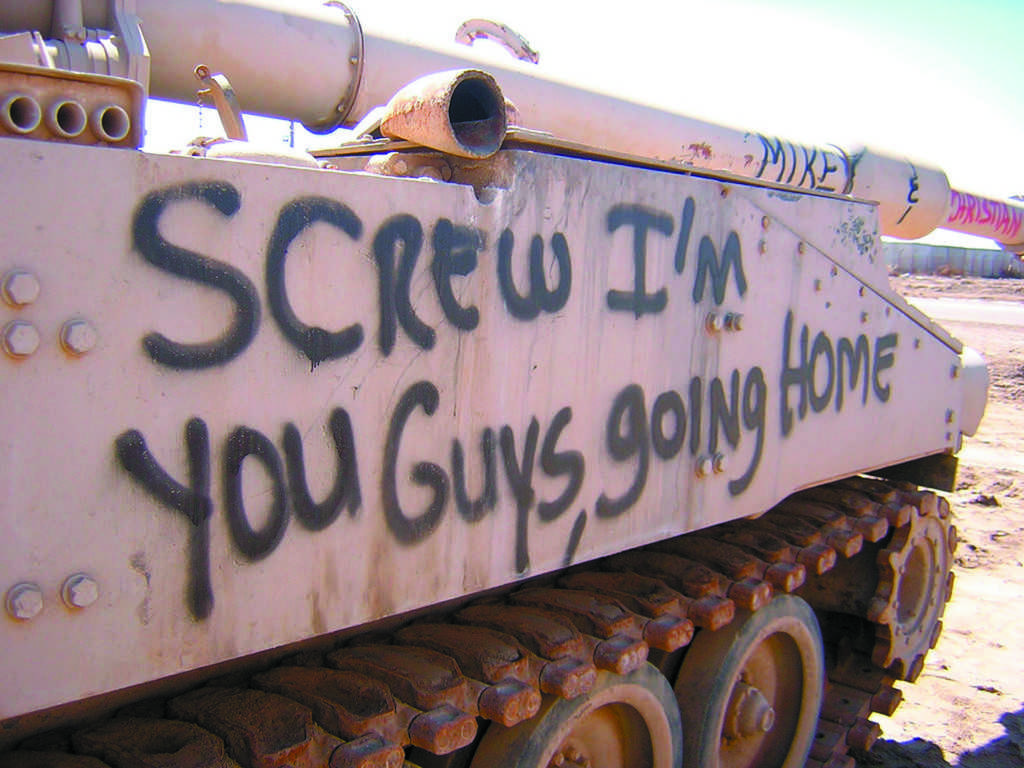 I must say when I heard President Obama was giving a speech on the combat situation in Iraq, I was hoping that the situation would change. I thought the man portrayed as the knight in shining armor would vanquish all evil and lead us to the end of an unsuccessful, undeclared, and illegal war in Iraq.

The man who built his campaign on his disapproval of the Iraq invasion (I cannot recall the number of times he said he never supported the invasion) was finally going to keep one of his many campaign promises and actually take a stand.

Instead, he made another sleazy, politically-influenced move in an attempt to help fellow Democrats who are up for reelection.

As much as I disagree with President Obama’s policies, my patriotism caused me to have some faith that Obama was not just another manipulative politician clinging to a campaign slogan to solicit votes, and that maybe, just maybe, he would do the right thing. Or take a stand on “the issues” without caving to party pressures. Instead, his presidency has been a joke. He has not been the fearless leader or the man above Washington. It has taken him nearly two years to even seriously address the Iraq issue, even though his political career was built on his Iraq position.

President Obama’s speech on Iraq was another disappointment. “Ending combat” is political talk of trying to please two sides at once. By keeping a troop presence, he appeases the neo-cons in Congress, and by “ending combat” he pleases his liberal constituency and some moderate voters who hold Iraq as a key election issue. The end of Operation Iraqi Freedom sounds as promising as Bush’s “Mission Accomplished” slogan.

The issue I have with the Iraq situation is the belief that we know how to run Iraq better than Iraqis. A continuing presence is a continuation of this neo-con, Bush-era belief. Staying in Iraq, in any aspect, is going to cause strained relations in the Middle East and beyond. President Obama cites that our combat mission in Iraq (even though “combat” is supposedly over, there were twelve deaths after a battle between American soldiers and insurgents in Baghdad on Sept. 4) is to fix broken relationships, namely abroad. I think his logic is flawed, or he does not understand why many countries resent our interventionist policies.

I think the issue with how countries view us is that Americans think the American way is synonymous with the best way. Staying in Iraq supports that view. We may not be “fighting,” but we are going to “advise” the government. I wonder what type of philosophy we are going to thrust on Iraqi leaders, because I doubt we respect the cultural differences that exist. Maybe I am cynical, but I doubt that our advice is going to be what is best for the Iraqis. If President Obama cannot see the problems our meddling in the political system has caused the past seven and a half years, he is not the intellectual Ivy League grad we thought he was. Iraqis want us out and they’ve made it clear that our presence is unwanted. Trying to have it both ways- staying without fighting, and calling it the end of combat, is another example of President Obama injecting party politics into American policy. Where is the change that was promised?