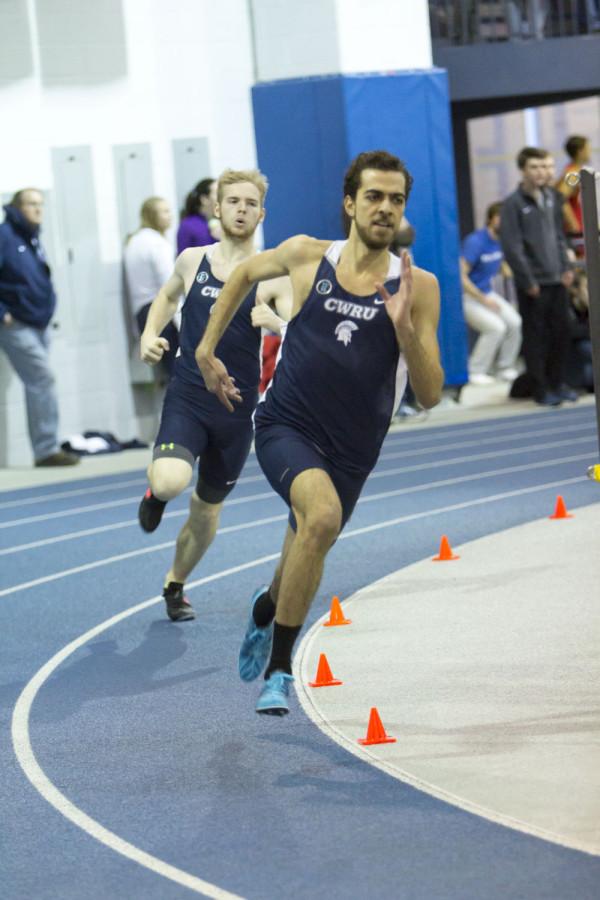 Case Western Reserve University track and field took part in the University of Mount Union’s Jim Wuske Invitational on Feb. 7. The Spartans competed against a mix of teams, ranging from familiar schools such as John Carroll University to even a few Ohio State University athletes.

Senior Mark Kulinski was the standout athlete of the meet, shattering his personal best and the school record to finish first in the pole vault. Kulinski set a mark of 4.91 meters, bettering the previous record set in 1990 by NCAA champion Kevin Luthy. He has recorded the sixth-highest vault in the nation so far this year. Kulinski, also the Spartan captain, was named UAA Athlete of the Week for the performance.

Case also broke another relay record, with the team of junior Jonathan Freeman, sophomore Nathaniel Wahner, senior Josh Malone and freshman Adrian Cannon breaking the 4×200 meter relay record with a time of 1:33.23. That record was nearly as old, set 21 years ago, and their performance earned the team a second-place spot.

The final event winner of the day on the men’s side was freshman Aidan DeSanto, who won the mile run with a time of 4:26.70. Two other Spartans finished in the top five, with sophomore Joe Ledger and junior Gabe McLeod finishing fourth and fifth, respectively.

For the women’s squad, although there were no first-place finishes, several athletes made it into the points, placing in the top 10.

Sophomore Ashley Leyden recorded the highest finish for CWRU, finishing third in the triple jump with a distance of 10.19 meters, the width of the average three-lane road. Two other Spartans, freshmen Rachel Willard and Mareshah Sowah placed fourth and ninth, respectively, with Willard clearing the 10-meter mark.

The two final high scorers for the team were freshmen Marie-Louise Kolste and Hayley Yocum, who both finished sixth, in the 500 and 5000 meter runs, respectively.

The Spartans return to competition this weekend, at two separate meets. The team’s top athletes will travel to the All-Ohio Championship in Westerville, on Feb. 14 at noon. Meanwhile, the rest of the squad will compete in Berea the night before, at 5 p.m.